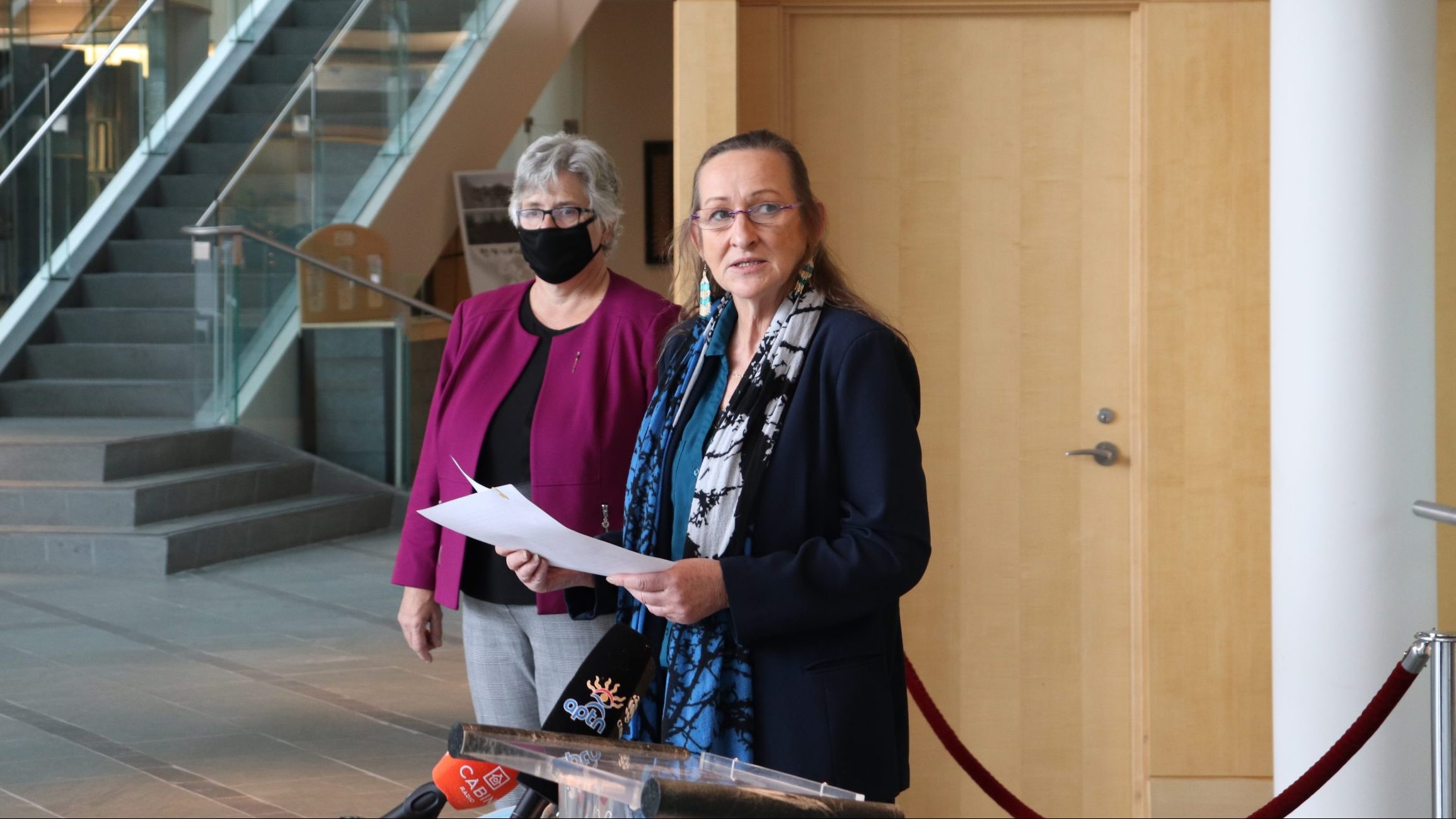 Premier Caroline Cochrane says it does not look like there will be a travel bubble with the Yukon anytime soon.

Inuvik Twin Lakes MLA Lesa  Semmler pressed both Cochrane and Julie Green, Health and Social Services minister, on the possibility of getting exemptions from isolation when crossing the Yukon border in the Legislative Assembly on Tuesday.

“My community of Inuvik and the surrounding communities in the Beaufort Delta have been cut off to services that are not available to my region, and with no road to Yellowknife, our closest road (goes to) Whitehorse,” Semmler said.

Residents are often driving to Whitehorse as opposed to flying to Yellowknife to save money, according to Semmler. She also highlighted mental health concerns in her constituency while public services remain closed and people  are suffering from isolation.

Cochrane said she and her staff had been in conversations with Yukon Premier Sandy Silver, who was “more than interested” in easing travel restrictions, but issues remain with Yukon opening its borders with British Columbia.

“If (Silver) was to consider having an exemption, not a bubble, but an exemption, then he would not be OK with us closing the border when they open up to British Columbia,” she said.

“In conversations, it will only be a couple of weeks.”

Semmler described this as “not good news.” She further asked if there will be any easing of health-related restrictions in the NWT as immunization rates rise.

The premier responded by saying there are currently too many factors to consider easing restrictions, the main one being projected herd immunity dates for the provinces.

“They’re not projecting that the vaccines will be delivered in the South until late fall, September, so we have serious concerns,” Cochrane said.

She also pointed to the lack of research around Covid-19 vaccines and whether or not they prevent spread of the virus.

Semmler pressed on, asking if there is any end to the public health emergency in sight.

As a result, the public health orders remain in place and the self-quarantine for 14 days remains in place, Green said.

“We look forward to a time when we can truly get this behind us, but that moment is not now.”