The business of “fun” has a people problem, and it’s no fun hiring these days.

My trusty spreadsheet says leisure and hospitality businesses had a record 1.34 million unfilled job openings nationwide at the end of May. That’s a 44% increase since February 2020, the month before the coronavirus iced the economy. Now, the industry isn’t alone: All other private industries had 6.67 million openings — up 29% vs. February 2020.

No industry was harder hit by the pandemic’s economic damage than what I call “fun” work — serving restaurant diners, hotel guests and visitors to attractions. The business of gathering folks in a single place didn’t fit well with government mandates designed to slow the spread of coronavirus by keeping people apart. And many consumers — whether they were spending their own money or using a corporate expense account — were reluctant to get out or travel.

With economic reopenings in full swing, “fun” businesses now face a new hurdle: their large — and growing — share of the “Help Wanted” world. The industry has 9% of all private-sector workers but 20% of May’s nationwide openings. The industry’s slice was 15% of all openings in pre-pandemic days.

Or look at the “fun” hiring challenge this way: 9% of “fun” jobs await new workers — just before April’s record high — compared to 5.2% before the virus hit and 6.2% for all other private businesses.

Such hiring difficulties frustrate many local business owners who’ve tweaked operations to match limited staff. For example, restauranteurs say they’ve had to trim hours or menus due to staff shortages. Even Disneyland admits it has less than half of what once was a 32,000 workforce back on the job, though much of that is due to its theme parks not operating at full capacity.

And this is a big California headache, even though there are no comparable state-by-state stats. This “fun” work, or lack thereof, is a giant slice of the slow California economic jobs recovery.

Leisure and hospitality employed 1.54 million Californians in May — 517,500 below pre-pandemic levels. Consider that this job loss is nearly half of the state’s lingering 1.1 million drop in employment since we first learned of coronavirus and lockdowns.

Look at the numbers: The latest national stats show annualized average “fun” wages of just $29,500 vs. $75,000 in all other private industries. Wonder why unfilled “fun” jobs jumped in the pandemic era twice as fast as elsewhere in the economy? Or why many “fun” bosses now offer more than minimum wages as an enticement to join their team?

To be fair, it’s not just the leisure and hospitality sector that has soaring unfilled jobs.

Some of these job-filling troubles might be tied to salary, noting that factory workers are harder to find for lower-paying positions making “non-durable” goods — think food or apparel. And part of it may be that, like “fun” industries, workers may be fearful of returning to jobs that come into close contact with others — co-workers or customers.

By the way, the only major employment niche with fewer openings was the financial world where wages average $112,600 a year.

The “fun” business is racing to staff up after a late start largely due to government mandates.

“Fun” hired 1.28 million in May — what would have been a record before the pandemic’s economic gyrations. It’s also a pace 16% faster than pre-pandemic days. Nationally, other private industries hired 4.36 million — up just 1.5% vs. February 2020.

That translates to “fun”  being 29% of nationwide hires, more than triple its share of private workers. The industry was 25% of hires before the virus hit.

Another challenge in keeping “fun” businesses staffed is that their workers don’t last long on the job.

Customer service is hard work in any circumstances — a workplace challenge that was amplified by obnoxious patrons (not to mention co-workers) in the pandemic era. Seeing robust hiring in better-paying industries was an incentive to bid farewell to the “fun” boss.

In May, 740,000 leisure and hospitality workers quit. That’s 26% of all voluntary exits nationwide, almost triple its share of workers. And that’s up from 18% in February 2020.

Or look at the industry’s retention headache this way: 5.3% of “fun” workers quit in May, highest in 20 years. Contrast that to a 2.5% rate at all other businesses and up from the industry’s 4.5% rate before the virus hit.

Economists like to say quits are a measure of confidence in the job market. You don’t leave without thinking another paycheck can be easily found. It seems many who’ve toiled in leisure and hospitality are confident there’s better work elsewhere.

Jonathan Lansner is business columnist for the Southern California News Group. He can be reached at [email protected]

Mon Jul 19 , 2021
The Centers for Disease Control and Prevention (CDC) has raised its Covid-19 warning level for the UK to “very high”, the highest rating on the agency’s scale measuring the amount of Covid-19 within a country. In an advisory updated on Monday, the agency warned Americans not to travel to the […] 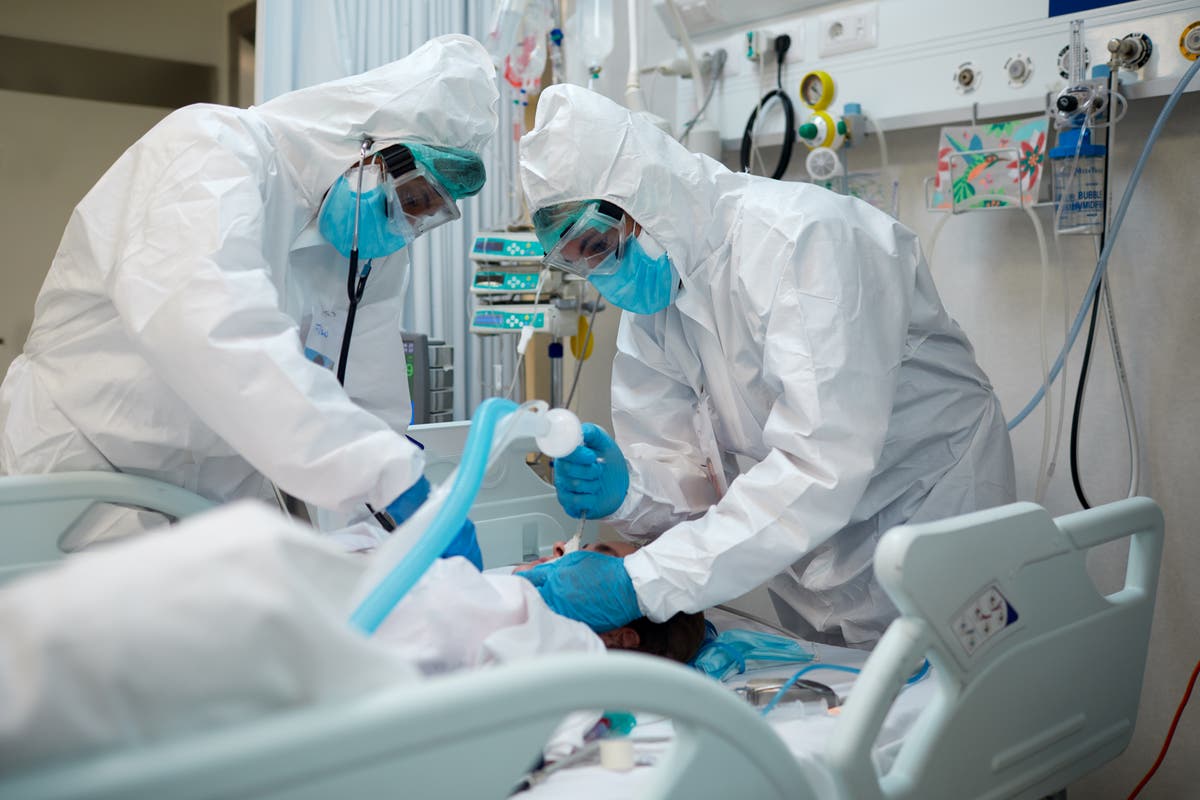