There are strong signs that the economy in Northeast Ohio as well as the rest of the United States is recovering from the damage of the COVID-19 pandemic.

And those signs largely say one thing: “Help Wanted.”

“Like the dandelions, they are popping up all over the place,” said Brad Ehrhart, president of the Portage Development Board in Portage County.

Employers in a wide range of industries are hiring in the Greater Akron area, including manufacturers, trucking companies, machine shops, restaurants, supermarkets and the MGM Northfield racino.

But a lot of businesses say they continue to have a hard time filling openings, even with millions of people across the nation — thousands locally — still out of work during the coronavirus pandemic. Local as well as national figures show increasing numbers of people with jobs, but those numbers remain below pre-pandemic levels.

The monthly national jobs report released Friday also had people scratching their heads. Despite numerous surveys and related data showing strong hiring demand, just 266,000 new jobs were added in April across the U.S. when nearly a million new jobs had been expected.

In his hometown of Perrysburg, “almost every fast food restaurant has a help wanted sign in the window,” Adams said.

That’s also consistent with the latest national figures, which showed 331,000 jobs were added in the leisure & hospitality businesses in April. Food services and drinking places added 187,000 of those jobs, while amusements, gambling and recreation added 73,000 jobs.

Among the leisure and hospitality businesses in the area is MGM Northfield, which on Thursday held its first in-person hiring fair since the pandemic started. The facility closed during the earliest parts of the pandemic last year. It reopened in June but at less than 50% capacity for pandemic safety reasons, meaning it will accommodate up to 1,800 people, not including employees. MGM Northfield said is now seeing an increasing influx of customers this year.

“We’re trying to ramp back up,” said Meghan Zulick, director of human resources at the Northfield facility. “We have a variety of needs.”

MGM Northfield had about 150 people RSVP for the fair, which ran from 2 to 7 p.m. in the facility’s 300-seat Neon Room. Zulick hoped to hire as many as 30 to 40 people from the event, with most of those hires getting job offers while on premises.

The people seeking to work at MGM Northfield had numerous reasons for applying there, although many already had a job elsewhere.

Daniel Long said he was seeking a job in security. The 33-year-old Warrensville Heights resident is currently employed but said he wants a better opportunity because he has three young children. He’s worked security jobs before, loves the profession and said he likes being part of a team.

“I’m excited to be here,” Long said. “I hope everything goes well. I want to provide a better lifestyle for my kids. That’s the priority.”

Bill Van Aken, a University Heights resident, said he was looking for a new opportunity as well. He is 67 and said that for 14 years he has been working for a business that was sold in January.

“I still have a job. But if I can do something different …,” he said. “I’m going to look at the [MGM Northfield] restaurants.”

Paulette Williams, 67, already works part time at MGM Northfield. She came to the fair to look at other jobs there. She said MGM Northfield is a good place to work.

Solon resident Robinn Barfell said she was applying for a supervisory job at MGM Northfield. She currently works in Cleveland and said she was looking for different opportunities and wanted to make a change.

Plus, Barfell said, “this is a lot closer to home.”

Grocer has hundreds of open jobs

Pittsburgh-based supermarket chain Giant Eagle, which has 23 stores in the Akron-Canton area and more elsewhere in Northeast Ohio, said it is trying to fill hundreds of job openings.

“That’s a pretty big number we’re hiring for,” she said.

Giant Eagle works to put together a competitive pay and benefits package for its employees, she said.

Hiring is a challenge under the best of circumstances because of the competition for employees, she said. Giant Eagle is offering hiring bonuses as high as $1,000 for specialty positions, and $500 new hiring bonuses in places based on store location, she said.

“We’re all trying to figure out how to make these employment opportunities as enticing as possible,” she said.

Jablonowski and others said people who are capable of working but aren’t actively seeking work appear to do so for a variety of reasons.

That includes being able to get by with expanded government-provided unemployment benefits, a need to stay at home to care for children or elderly parents, and fear of contracting COVID-19 in a workplace.

“There are all of these different factors swirling around,” Jablonowski said.

The U.S. Chamber of Commerce on Friday called on the federal government to end $300-a-week supplemental unemployment benefits, saying that “paying people not to work is dampening what should be a stronger jobs market.”

The Economic Policy Institute, meanwhile, said Friday that with a still significant number of people not working, this is not the time for the federal government to end “vital relief, including expanded unemployment benefits, to workers and their families.”

The state of Montana earlier in the week said in late June it will stop participating in the federal program that provides expanded unemployment benefits, saying that is contributing to a worker shortage in the state. Instead, the state will give one-time return-to-work $1,200 bonuses (using federal funds) to workers receiving unemployment benefits after they complete four weeks in a new job.

Other states are also looking at ending expanded benefits as a means to address worker shortages. Florida announced last week it will require people collecting unemployment benefits to prove that they are looking for work.

The Economic Policy Institute noted that Friday’s labor figures showed that Black unemployment rose slightly to 9.7%, the only racial and ethnic group to show worsening metrics. The white unemployment rate fell to 5.3%. “Clearly, these two groups are experiencing a very different labor market,” the institute said.

Summit County-based organizations such as ConxusNEO and the Greater Akron Chamber have efforts in place to help businesses find employees.

In Stark County, the community partner organization Strengthening Stark has a web site, Stark Jobs Platform, that shows job seekers such things as the largest number of local job openings by industry, as well as openings by employer. The board currently shows the top three job openings are for truck drivers, registered nurses, and supervisors.

The focus is on employers that provide a living wage, typically at least $15 an hour, as well as pathways to careers, said Rebecca Kuzma, chief operating officer for Strengthening Stark. The goal is to create a vibrant economy for everyone, she said.

“The supply of [job] applicants is definitely low,” she said.

Job seekers need to be flexible about what they are seeking, Kuzma said. Meanwhile, her organization and others are seeing businesses raising wages and improving benefits as a way to attract talent, she said.

Ehrhart at the Portage Development Board and others continue to see help wanted signs proliferating.

“There are tons of signs around here,” Ehrhart said.

Ehrhart said he knows businesses that would hire qualified people in an afternoon if they applied.

“I have companies literally jumping up and down because they can’t find three or four [new hires],” he said.

Jim Mackinnon covers business. He can be reached at 330-996-3544 or [email protected] Follow him @JimMackinnonABJ on Twitter or www.facebook.com/JimMackinnonABJ. 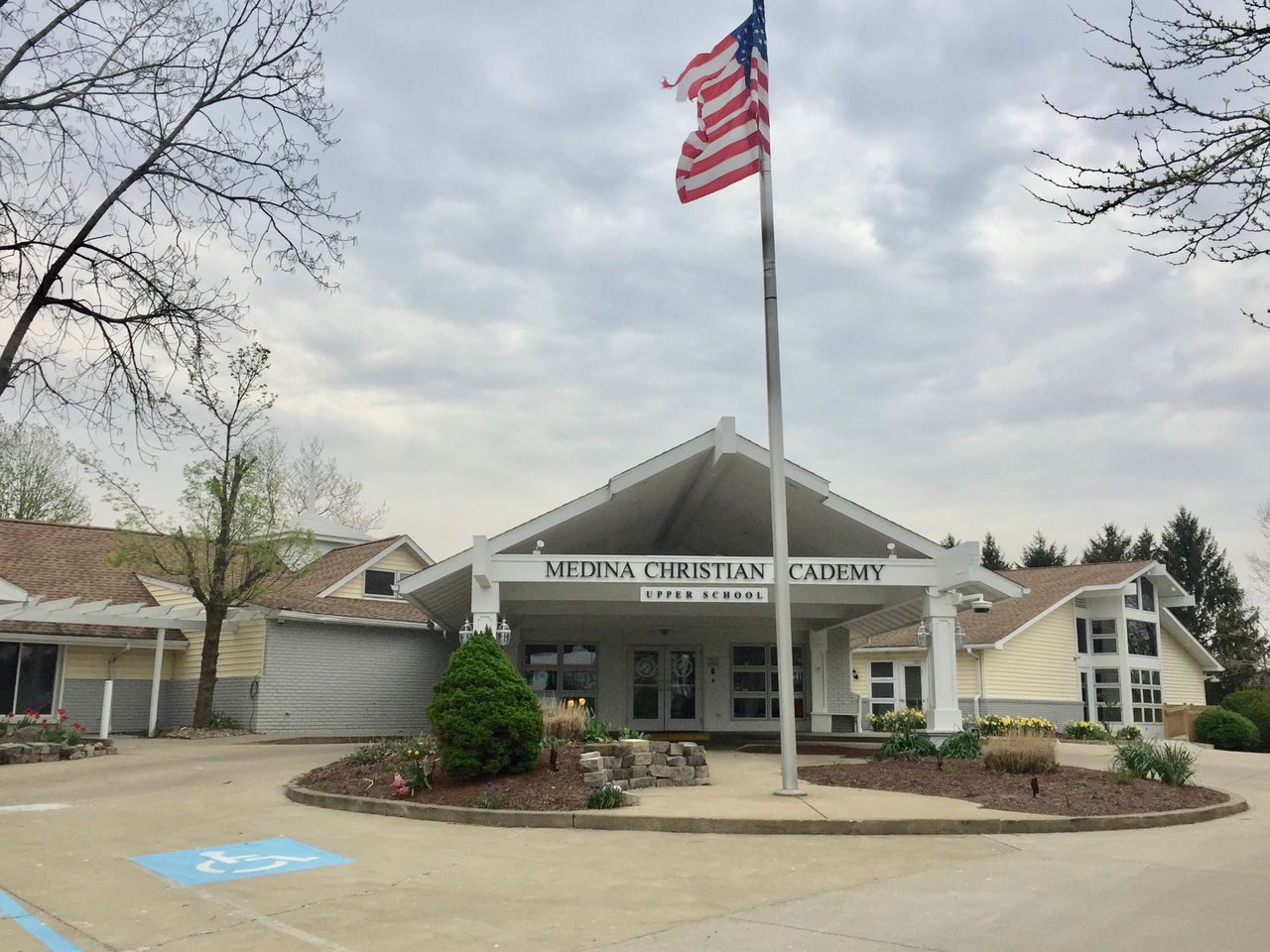