If you’re planning a trip to Uruguay, here’s what you’ll need to know and expect if you want to visit during the global coronavirus pandemic.

© PEDRO UGARTE/AFP/AFP via Getty Images
Montevideo, set on the River Plate, is one of South America’s great capitals.

Uruguay successfully kept a lid on Covid-19 cases at the start of the pandemic, but has seen a rapid rise in infections in the second wave, and is sacrificing its summer tourism season in a bid to control the virus.

Often overlooked by tourists in favor of neighboring Argentina and Brazil, Uruguay is one of South America’s loveliest countries. Montevideo, the coastal capital on the River Plate, is perfect for strolling, while the wild Atlantic coast has some of South America’s most impressive beaches. And then there’s the wine — Uruguay’s tannat grape has been much maligned in the past but is having a resurgence of popularity. A new crop of modern vineyards around Jose Ignacio means this is swift becoming one of the fanciest wine regions in South America.

No visitors, as of yet. Uruguay announced in November that it will remain closed to tourists until March 2021, meaning its entire summer season will be lost. After the borders were closed even to residents during January, things have now returned to as they were before: only Uruguay nationals and permanent residents can enter the country, as well as those traveling for family reunification, diplomats, haulage drivers, or those traveling for urgent business purposes, who must apply in advance for permission to enter. Cruise ships can only dock in Montevideo to refuel and resupply — passengers cannot disembark.

What are the restrictions?

Returning nationals and permanent residents must show proof of a negative PCR test taken within 72 hours of departure and provide a sworn statement confirming the absence of symptoms. They must also confirm that to their knowledge they have had no contact with any Covid-positive patients in the past 14 days.

All arrivals must undertake seven days of quarantine, at which point there is the option to take a further PCR test, and be released if it is negative. Those who do not wish to take a second test can quarantine for 14 days instead.

All arrivals must also have insurance covering treatment for Covid-19.

Uruguay registered a record 1,215 new cases on January 11, and mid-January saw a peak in cases, with the situation worsening after months of keeping the virus under control. However, new infection numbers have fallen over the past fortnight. While deaths stand at just 583 as of February 23, there have been more than 53,000 cases since the pandemic began. There are currently almost 6,500 active cases — down from 8,000 in January, which was the country’s pandemic peak, but a worrying increase on the past few weeks, which have seen case numbers well below 5,000.

The rise was initially blamed by some experts on domestic tourism, which many had hoped would help save the beleaguered economy at a time when foreign visitors are not permitted. However, news of the new Brazilian variant (there was much border traffic between Brazil and Uruguay before the most recent border closure) could also explain the rise in cases. The discovery of the Brazilian variant also means that Uruguay has gone from a low-risk country welcomed by most others in the world, to being banned even by Sweden and the UK, which have notoriously high death rates.

What can visitors expect?

Uruguay has mandated the use of masks and social distancing. Many bars and restaurants remain shut until further notice, although some are offering delivery. Police patrol markets to ensure that the rules are being followed, and those under 65 are asked not to shop between 8 a.m. and 10:30 a.m. so that older people can do so safely.

Towns such as Colonia, a popular tourist destination which saw 80% of arrivals from abroad, are trying to repitch themselves to the domestic market.

Uruguay featured in our film of South America’s finest scenery, and Sofitel’s conversion of Montevideo’s grand old casino in Carrasco made it in our list of the best South American hotels. Uruguay is also rated for its ethical tourism.

Tue Feb 23 , 2021
A YOUNG couple are in for the summer of a lifetime after beating thousands of applicants to become the new caretakers of a deserted Irish island. Each year, the Great Blasket Island opens up a competition for two people to look after the island during the tourist season of the […] 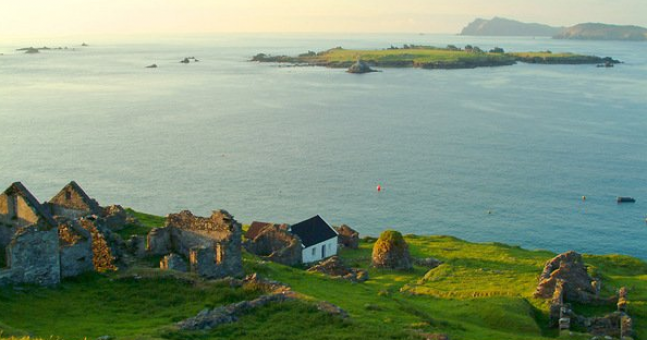