Traveling to Cancun? There are developments you need to be aware of before boarding your flight.

The rate of COVID-19 infections is up in the popular resort town, located on Mexico’s Yucatan Peninsula in the Caribbean Sea.

Quintana Roo, Mexico, Gov. Carlos Joaquín estimated a 65% spike in Benito Juarez, the municipality that includes Cancun, marking its highest rate of infection to date at a time when the rest of Mexico is improving.

“This is highly concerning,” he said.

The COVID-19 situation in Cancun

It’s hard to tell just how widespread coronavirus actually is in Cancún because of low testing rates and incomplete data. According to Our World In Data, just 17% of COVID-19 tests in Mexico come back positive. Experts at Johns Hopkins University have said that’s far below than the levels needed to properly monitor coronavirus outbreaks.

Here’s what we do know:

Cancun is in one of the hardest-hit regions right now. According to the Mexican Ministry of Health, Quintana Roo (where Cancun is located) is one of three states in the orange or second-highest risk category in Mexico’s color-coded system, which assesses the current COVID-19 situation in each state and triggers or relaxes safety protocols as its numbers change. Currently, no states are classified as red.

More COVID-19 restrictions are in place. Under orange conditions, hotels, restaurants, tours and water parks must operate at 50% capacity, while beaches can only admit 30% of their normal levels. Bars, nightclubs and casinos must close.

If you test positive while in Mexico, you may have trouble getting home. Since January, Americans have been required to present a negative COVID-19 test in order to board a flight back to the U.S. You’ll still need to be tested even if you’re fully vaccinated. Anyone who tests positive must remain in Mexico until they test negative.

At a March congressional hearing on Americans stranded abroad, Rep. Thomas Massie, R-Ky., recounted the story of an unnamed constituent who went to Cabo San Lucas and tested positive. She was asymptomatic and took two more tests to be sure the initial result was correct. The family was told to stop testing and wait for 14 days, when they would be eligible to get a doctor’s note to fly home if they had no COVID-19 symptoms.

“But they couldn’t get a doctor in Mexico to sign off on that,” Massie said.

The family ended up flying to Tijuana, Mexico, walking across the border to San Diego and flying back to Kentucky from there, he said, repeating a story he had shared on Twitter in February.

Despite the fact that the State Department and Centers for Disease Control and Prevention both listed Mexico among the world’s highest-risk countries, plenty of Americans have been willing to gamble on a Mexican getaway over the past few months – despite the fact that less than 10% of Mexico’s population is fully vaccinated and only about a third  of Americans are. (The Mexican government, which is getting its vaccine supply from Russia, has warned of a shortage that could keep people from getting their second shots on time.)

Because Mexico does not require a negative COVID-19 test for entry and does not impose a mandatory quarantine on people arriving from other countries, Mexico is more popular than ever with Americans determined to take a beach vacation.

When the U.S. imposed its testing requirement for returning residents, resorts in Quintana Roo began touting on-site testing to help departing guests take the hassle out of getting swabbed in a foreign country. Tactics like that seem to be working. According to an April 28 report from travel-booking website Skyscanner.com, Cancun was the most-searched location for travel groups and the fourth most popular with Americans overall.

Mexican Riviera News reported that Cancun International Airport actually saw 5% more tourists in March 2021 than they did at the same point in 2019.

Michigan resident Korey Mudd, who tested positive for COVID-19 toward the end of his long-delayed honeymoon earlier this year and spent an additional nine days quarantined in his hotel, now warns others not to press their luck.

“Anybody we know that says they’re going, my wife kind of says, ‘You might want to think twice about it. We had a pretty bad experience,’ ” Mudd said.

‘I can’t believe this is happening’: Travelers recount tales of getting stuck in Mexico after positive COVID-19 tests

Wed May 12 , 2021
Umbrella Academy season 3 looks to be a wild ride for the Hargreeves superhero siblings. Filming is still taking place for the Netflix drama, as chronicled in Elliot Page’s photos. And leaked set photos tease the Sparrow Academy plot, which sees the siblings facing off against their “replacements” in an […] 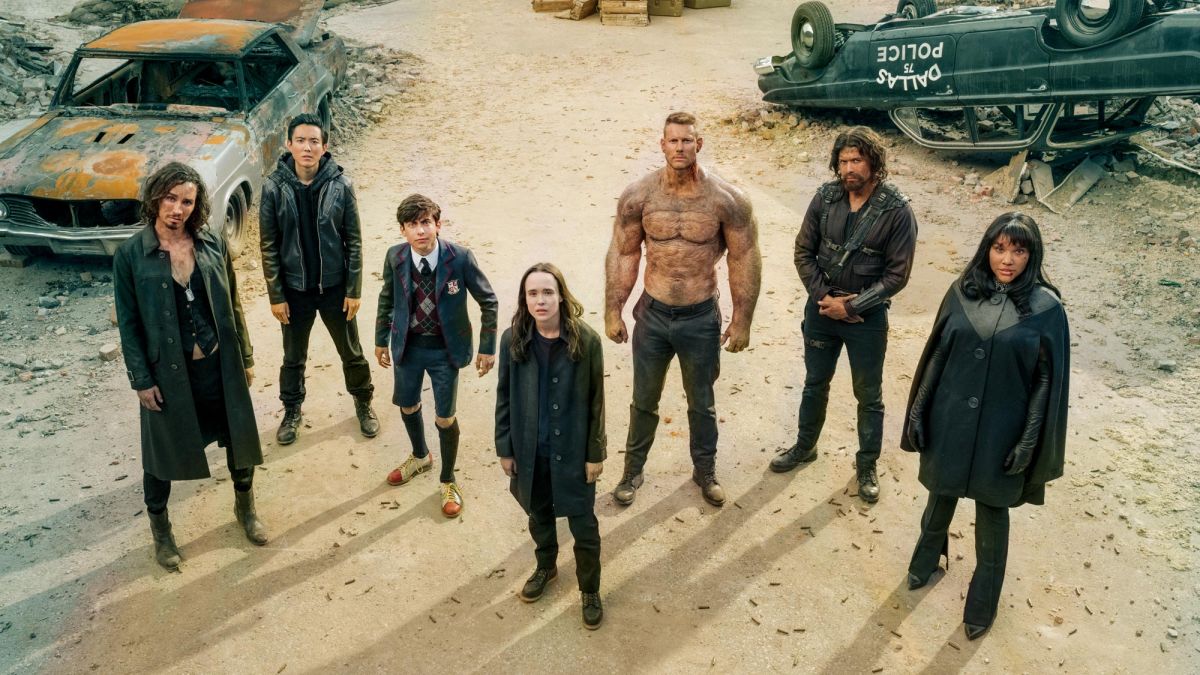