Also up this week, the first state titles of the spring will be won in boys tennis, while lacrosse playoffs begin and boys golf holds its regional rounds. Those events will have previews published throughout the coming week.

What matters: Hibriten (11-12 overall, 4-6 NWC) has clinched the 3A bid from the split conference. However, the Panthers need a strong tournament to help their state tournament seed. For a team from a split conference to be seeded as a “No. 1” seed form the league, it must finish in third place overall in the conference or have an overall record of .500 or better. Otherwise, the teams are seeded among the other second place and at-large teams by RPI rankings. The difference for Hibriten is a 10th seed or a 31st seed.

Meanwhile, Alexander Central (19-4, 8-2) and South Caldwell (14-7, 8-2) will have byes in the first round and appear headed for a showdown. However, Watauga could be the fly in the ointment, as the Pioneers split with South Caldwell this season and are 5-2 against the Spartans since 2019. Should the Cougars and South Caldwell make the tournament finals, it will break the tie for state tournament seedings, as the teams split their regular-season meetings.

The highest finisher of the two gets a huge advantage for state tournament placement, especially for the Spartans. With an RPI ranking of 24th, a tournament win would bump South Caldwell around a sixth or seventh seed. Likewise, the difference for Alexander Central would be approximately a fifth or 11th seed.

Freedom and Ashe County would have to win the conference tournament to make the state tournament.

The WFAC wraps up the regular season Monday with North Lincoln going to East Lincoln and St. Stephens hosting Foard. The easy part is this: North Lincoln will get the tournament’s No. 1 seed. A win and the Knights will be the outright champions and will be looking at a top-five seed in the state tournament. A win by East Lincoln sets up a co-championship with either two or three teams, if Foard also wins.

In a co-championship scenario with East Lincoln only, North Lincoln’s 2-0 sweep of Foard would be the determining factor, as East Lincoln was 1-1 vs. the Tigers. Both North and East Lincoln split with St. Stephens. Regardless of tournament seed, because the two split would have split in the regular season, the team with the highest finish in the conference tournament would get the league’s No. 1 bid.

In a three-way tie, because North Lincoln would be 3-1 against the two schools, the Knights still hold the top seed. East Lincoln would get the second seed (2-2 mark vs. both) with Foard at No. 3 (1-3).

Wins by Foard and North Lincoln would put the Tigers in the second seed, East Lincoln third and St. Stephens fourth.

Wins by East Lincoln and St. Stephens sets up a tie for third with the Indians getting the No. 3 seed over Foard by virtue of the Indians win over North Lincoln earlier in the year.

Wins by North Lincoln and St. Stephens sets up a three-way tie for second. As the Indians, Mustangs and Tigers were all 1-1 against each other, the Indians would get the No. 2 seed by virtue of their win over North Lincoln with a draw held for the No. 3 slot.

Outside of the league’s top bid, the remainder of the teams, regardless of finish, are seeded by RPI rankings after all league No. 1s in the West Region are slotted. For now, East Lincoln is No. 4, St. Stephens No. 7, North Lincoln No. 8 and Foard No. 10.

Hickory (No. 25) and North Iredell (No. 27) appear to have made the state tournament. West Iredell and Statesville will miss the postseason.

What matters: Bandys (17-7 overall, 12-2 CVAC) has the tournament’s top seed and the Trojans will get the league’s No. 1 bid into the state tournament. Despite their No. 19 RPI ranking, the Trojans are looking at about a No. 9 or 10 seed, as the conference itself has a poor nonconference record. Lincolnton (13-7, 11-3) has the CVAC’s second bid and is assured a playoff spot. For now, the rest of the group is on the outside looking in.

The Bears and West Lincoln tied for third in the CVAC with the teams splitting the two regular-season meetings. Bunker Hill gets the third seed by virtue of a win over Lincolnton.

Maiden, East Burke, Newton-Conover and West Caldwell would have to win the conference tournament to receive a state tournament bid.

Neither the Western Highlands 1A/2A Conference nor Mountain Foothills 7 2A Conference have a league tournament, but the fate of the two area schools are known heading into the last week of the regular season.

Draughn has wrapped up the Western Highlands 1A/2A Conference championship and will take the league’s No. 1 seed into the playoffs. Currently, the Wildcats (17-3 overall, 10-1 WHC) are slotted as a No. 4 seed in the 1A West bracket. From the 1A side of that conference, Mountain Heritage and Mitchell will join Draughn in the postseason. Madison has wrapped up the 2A bid.

Patton is winless (5-14 overall, 0-10) in the MF7 and is not likely to make the postseason. East Rutherford (10-2 MF7) has wrapped up at least a co-championship with R-S Central (8-2) and Chase (8-2) playing twice against each other this week with a chance to catch the Cavs with a sweep. Brevard, Polk County and Henderson appear safe in the state tournament field.

What matters: Barring upsets, state powers Alexander Central (20-2 overall, 9-1 NWC) and South Caldwell (13-2, 9-1) look to have a third meeting ahead on Friday with the winner getting a higher seed for the state playoffs. Should there be a fourth meeting ahead, a home game is in the balance. The Cougars are currently the top-ranked team in the 4A West Region, while South Caldwell is No. 6 and the winner likely keeps that spot. The loser drops to about 10th.

Watauga and Freedom will have to win the tournament to make the state tournament.

St. Stephens will host Foard on Monday night to determine the No. 3 seed.

East Lincoln, which will close the regular season at home vs. North Lincoln, is currently ranked fourth in the West Region. The remaining schools, regardless of finish in the standings, will be ranked according to RPI finish. As of April 30, North Lincoln is 11th, St. Stephens 19th and Foard 26th.

Hickory, North Iredell, West Iredell and Statesville will not make the postseason.

What matters: Bandys (18-4 overall, 13-1 CVAC) and West Lincoln (17-5, 13-1) have the two automatic bids. Because the two teams split the regular season, the team with the highest finish in the CVAC tournament will get the league’s No. 1 bid for the state tournament. Should they get eliminated in the same round, the two would have a play-in game prior to the tournament final. The Trojans are currently ranked seventh in the 2A West RPI, while West Lincoln is 15th.

West Caldwell, Lincolnton, Bunker Hill and Newton-Conover would have to win the conference tournament to play in the postseason.

Neither the Western Highlands 1A/2A Conference nor Mountain Foothills 7 2A Conference have a league tournament. Below is the status for area teams in those leagues.

Draughn (15-7 overall, 9-2 WHC) has a shot at co-championship with Mountain Heritage (13-2, 8-1), with the winner getting the league’s 1A bid. The Wildcats travel to Mountain Heritage on Tuesday, while the Cougars host Mitchell on Monday and Owen on Thursday. Draughn will need to beat the Cougars on Tuesday and have them to lose once to get a share or the title. Both schools, along with Rosman, are in the clear for the state tournament with Mitchell (30th) and Avery County (32nd) sitting on the bubble. Madison and Owen are tied for the 2A bid and play on Tuesday. Both look to be in the tournament.

A strong nonconference showing has Patton (9-12 overall, 1-9 MF7) on the good side of the bubble at No. 30. However, with Polk County (8-10, 3-7) at No. 35 and currently out, Patton would miss the playoffs, as a rule against leapfrogging teams ahead in the standings would keep the Panthers and Wolverines out. East Rutherford (18-3, 11-1) has won the league championship and is looking at a No. 3 seed. Chase, R-S Central and Brevard all appear safe.

While the focus of the week is conference tournaments, there are some conference battles that need some attention this week.

First place is down to Hickory (12-5 overall, 10-1 WFAC) and East Lincoln (12-3-2, 7-1-2) and the two will play their home-and-home series over the next week. Hickory will host the first match on Friday and a win then likely will sew up the conference title. If the title is still in doubt, East Lincoln will host the rematch on Monday.

Meanwhile, Hibriten holds the tiebreaker vs. Freedom by virtue of a win last month over the Patriots, who host the rematch Monday.

With four conference matches left, Lincolnton (11-5 overall, 9-1 CVAC) leads the way, followed by Maiden (11-3, 8-2) and Bandys (10-2-2, 7-2-1). With Lincolnton finishing the two-game sweep last week against Bandys, it is Maiden that has the clearest path to catch the Wolves. However, the Blue Devils will need to win at Bandys on Tuesday to set up a showdown at home next week against Lincolnton. A win on Tuesday by the Trojans would help their cause, but even if Maiden takes out Lincolnton, the schedule for the Wolves is favorable, as the other three matches are against the bottom half of the standings.

(Schedules listed for Alexander, Burke, Caldwell and Catawba County schools affiliated with the NCHSAA are taken from information provided by the conference secretaries, the athletic departments of individual schools, from information published by the schools on its websites, or on MaxPreps.com. Schedules are subject to change without notice.)

No. 14 Eastern Guilford at No. 3 Hickory

No. 9 St. Stephens at No. 8 Mountain Island Charter

Sent weekly directly to your inbox!

How are Ph.D. students funded?

Sun May 8 , 2022
Former academic careers columnist Elizabeth Stivison wrote about how most bioscience Ph.D. programs are free, but how that is possible and how it looks in practice depends on the program. This column goes into different ways Ph.D. programs are funded and what that means for students. Note: I want to emphasize that […] 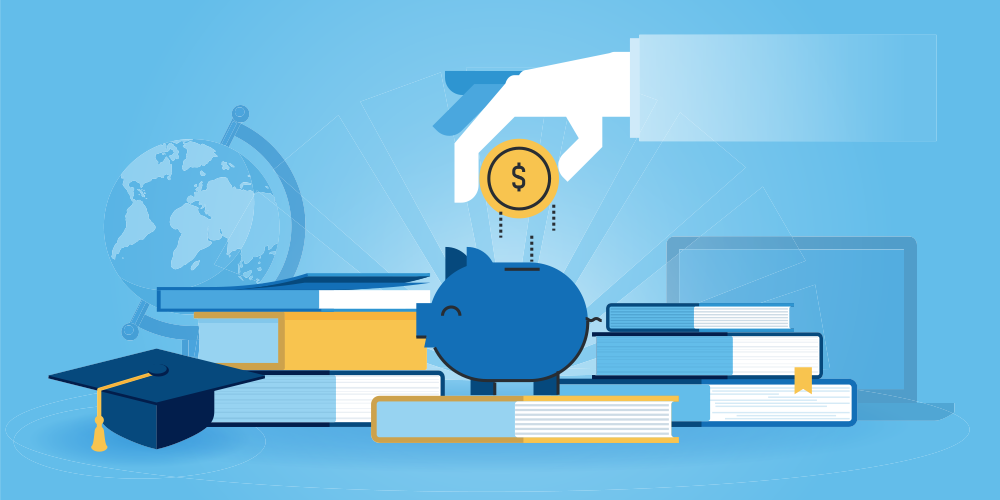