This story was originally published on RNZ.co.nz and is republished with permission.

Vanuatu’s prime minister has announced the creation of a safe travel bubble between Vanuatu and New Caledonia.

From April, the so-called “Tamtam Bubble” will allow easier travel between the Covid-free Melanesian neighbours.

Travel will be restricted to Vanuatu’s main island of Efate.

READ MORE:
* Covid-19: Kiwis should expect to pay more for Pacific travel when borders reopen – experts
* Travel bubble trouble: When and where Kiwis will be able to travel to overseas in 2021

Launching the bubble on Friday, Bob Loughman said it would allow a resumption of business activities in the capital Port Vila and for Vanuatu students to resume studies in New Caledonia while others will be able to return home.

New Caledonia and Vanuatu’s borders remain closed to travellers from other countries.

The Vanuatu Tamtam Travel Bubble Taskforce has been looking at options for travel to New Zealand and other Covid-free countries to help reignite the country’s lifeless tourism industry.

The plan was to open links with countries which had been Covid-free for 30 days or more.

With continued community outbreaks in New Zealand and various Australian states, there is likely no change in those countries’ travel status with Vanuatu in the near future.

Loughman has praised the government of New Caledonia for controlling the spread of Covid-19 in the French territory.

This story was originally published on RNZ.co.nz and is republished with permission.

Working Mothers Are Being Forced Out Of Their Jobs, Report Confirms

Sun Feb 21 , 2021
Parenting Working Mothers Are Being Forced Out Of Their Jobs, Report Confirms Updated February 21, 2021 10:30 AM Published February 21, 2021 10:26 AM Economist Gema Zamarro works alongside her child. (Courtesy Gema Zamarro) Since the pandemic began, women have been leaving the workforce at unprecedented rates; two million have […] 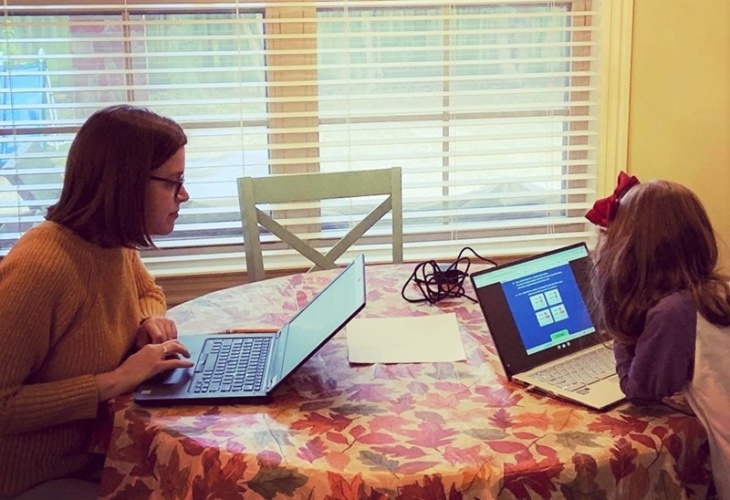