According to The Wall Street Journal, President Biden and Prime Minister Johnson met before the annual Group of Seven (G7) meeting and agreed in principle to a wide-ranging “Atlantic Charter” that would open the U.S.-UK air travel corridor.

The two leaders are expected to announce their reopening plans on Thursday, as well as unveil a joint task force with the goal of reopening travel between the two nations as soon as possible now that COVID-19 vaccines have brought the number of cases down.

Earlier this week ahead of the G7 summit, the chief executives from the top airlines offering passenger services between the U.S. and UK met to push for the reopening of the U.S. and UK travel corridor.

In response, U.S. Travel Association CEO Roger Dow issued a statement on the efforts both leaders are making to reopen travel between their two countries as soon as possible.

“Opening a U.S.-U.K. travel corridor is a smart, science-based step to take for both countries’ economic recoveries, and now is the critical time to take it,” Dow said. “The U.S. and the U.K. both have among the world’s leading records on vaccinations and declining infections, the U.K. is our top overseas travel market, and the two governments enjoy a close relationship.”

“With abundant evidence that travel is safe with layered health measures in place—and a clear economic need to reopen international travel—moving to reduce travel restrictions between the two countries is the perfect place to start,” Dow continued.

“Whilst we welcome the news of a taskforce aimed at safely reopening travel between the UK and the US, unless we have a clear timeline and unlock transatlantic travel by 4 July at the latest, we will continue to see jobs lost and businesses go under,” Messina said.

“Nearly half of all adults in both countries are fully jabbed and could travel seamlessly straight away, enabling airlines and the wider travel sector to recover quickly,” Messina continued. “Those not vaccinated should be allowed to travel with negative test proof.”

US Coronavirus: Air travel reaches numbers not seen since pre-pandemic as vaccinations continue and restrictions ease

Sun Jun 13 , 2021
The data confirms the recent upward air travel trend to levels not seen since before the pandemic: On June 11, 2019, the TSA screened 2.7 million people. “The growing number of travelers demonstrates this country’s resilience and the high level of confidence in Covid-19 counter measures, to include ready access […] 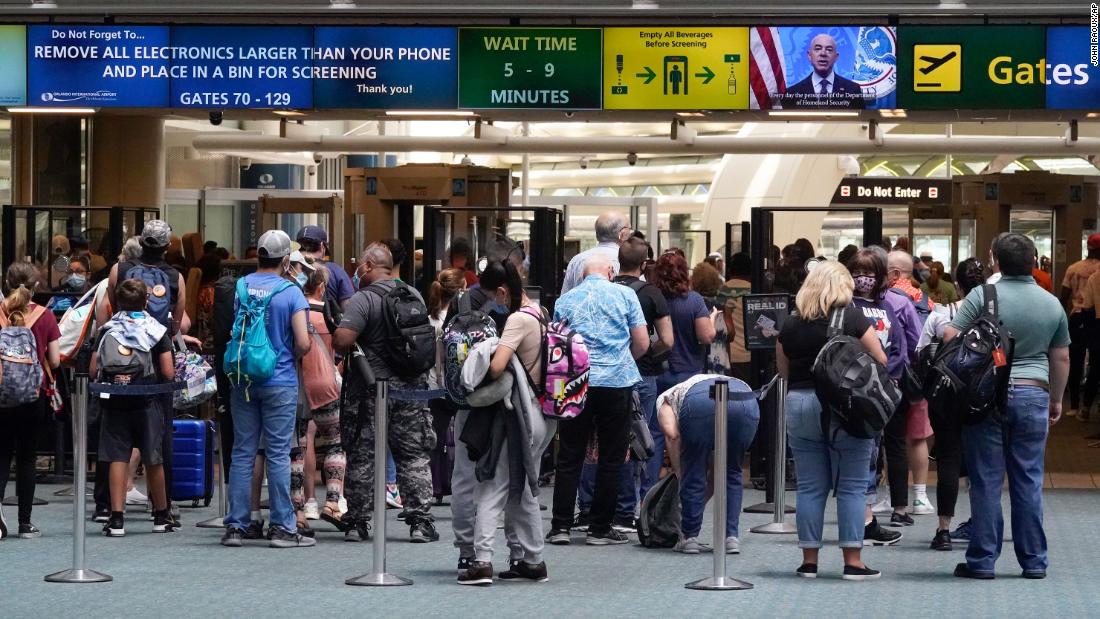