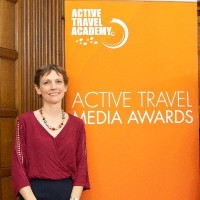 Journalists have been urged to reference “drivers” being involved in road collisions rather than their vehicles in new guidance produced for those covering such incidents.

The University of Westminster’s Active Travel Academy has produced the guidelines for journalists in a bid to spread “good practice” on the reporting of road collisions.

HTFP reported last year how the ATA had called on journalists to avoid using the term “road accidents” in their coverage while drawing up the now finalised guidelines.

It states: “If you’re talking about a driver, say a driver, not their vehicle. This is particularly important when describing actions such as speeding, or leaving the scene of a crash.

“If little is known in the aftermath of a crash, initially describe human actors as e.g., ‘driver and cyclist in collision’ or ‘two drivers in collision’, before mentioning vehicles.

“Where details of the crash are known, or one human actor is clearly particularly vulnerable (or slow-moving), such as pedestrians or children, publishers may find it more accurate to say one person ‘hit’ the other, e.g., ‘driver hit a child in a pushchair’, or ‘driver hit a man crossing the road’.”

“We know much good road collision reporting already exists and we hope that the guidelines will help spread this good practice.

“The research tells us that language matters, as it helps shape how we see and treat others.

“So for instance referring to drivers rather than only their vehicles helps remind us that behind every vehicle – be it a car, an HGV, a cycle or a motorcycle – is a person making decisions that affect the safety of others.”

The full guidelines can be found here.

Wed May 19 , 2021
Vegans and veggos rejoice, we’ve uncovered the proper vegan meal to whip up for fido! This beautiful dish comes courtesy of VegAnnie, a weblog run by Annie, a holistic health coach and PhD pupil in Austin. She shares a number of vegan dog food recipes on her website, however her […]