CHARLESTON — West Virginia’s seasonally adjusted unemployment rate dipped down below 6 percent for the first time since the start of the COVID-19 pandemic last March.

“The number of unemployed state residents decreased by 2,400 to 47,300,” WorkForce West Virginia stated in a press release Tuesday. “Total employment was up 2,000 over the month … Total nonfarm payroll employment increased 1,700 in March.”

The state’s unemployment rate has recovered quickly since March and April when the economy was shut down and people were ordered to stay at home in order to slow the spread of the coronavirus. The Department of Health and Human Resources reported the state’s first positive coronavirus case on March 17, 2020, resulting in all restaurants and bars closing except for carry-out or drive-thru followed by additional closures by executive order.

Seven days later, Justice issued a stay-at-home order that limited nonessential travel except for medical needs, groceries and supplies and travel to work. Nonessential businesses were either closed, or employees had to work from home when possible. By the end of April 2020, the stay-at-home order was lifted. According to the WorkForce West Virginia report, total nonfarm payroll employment decreased by 32,700 since March 2020.

Businesses and services were allowed to reopen in phases and with restrictions to limit spread of COVID-19, such as limits on capacity, additional cleaning requirements and the wearing of masks or face coverings. Since May, the unemployment rate has improved steadily.

With unemployment programs strained last spring, the federal government offered unemployment benefits tailored to the pandemic. The C.A.R.E.S. Act last March created the Pandemic Unemployment Assistance for self-employed workers and the Emergency Unemployment Compensation program. That program was extended with the passage of President Joe Biden’s $1.9 trillion American Rescue Plan, paying out $300 per week for those on unemployment through Labor Day.

Steven Allen Adams can be reached at [email protected]

Today’s breaking news and more in your inbox

Thu Apr 15 , 2021
For Abhishek Vaid, an alumnus of NIT Surat and IIM Bangalore, travelling during childhood was limited to visiting relatives in Delhi and Jammu. “I was born in a typical middle-class family setup in Faridabad, and my family always laid emphasis on the importance of quality education. Travel used to be […] 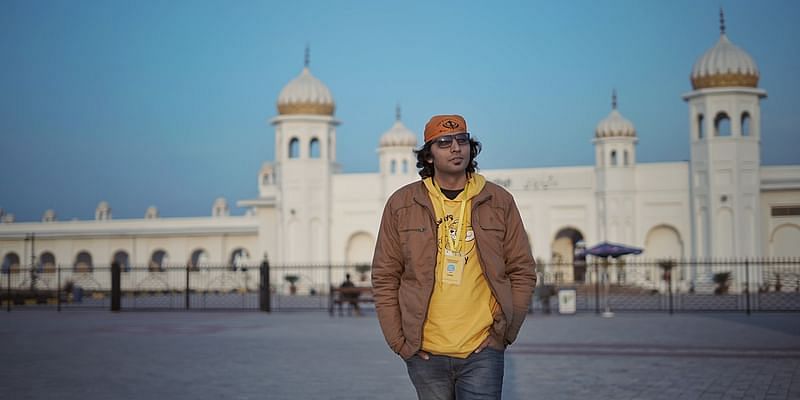