U.S. Hiring Surge Expected for March With More Growth Ahead 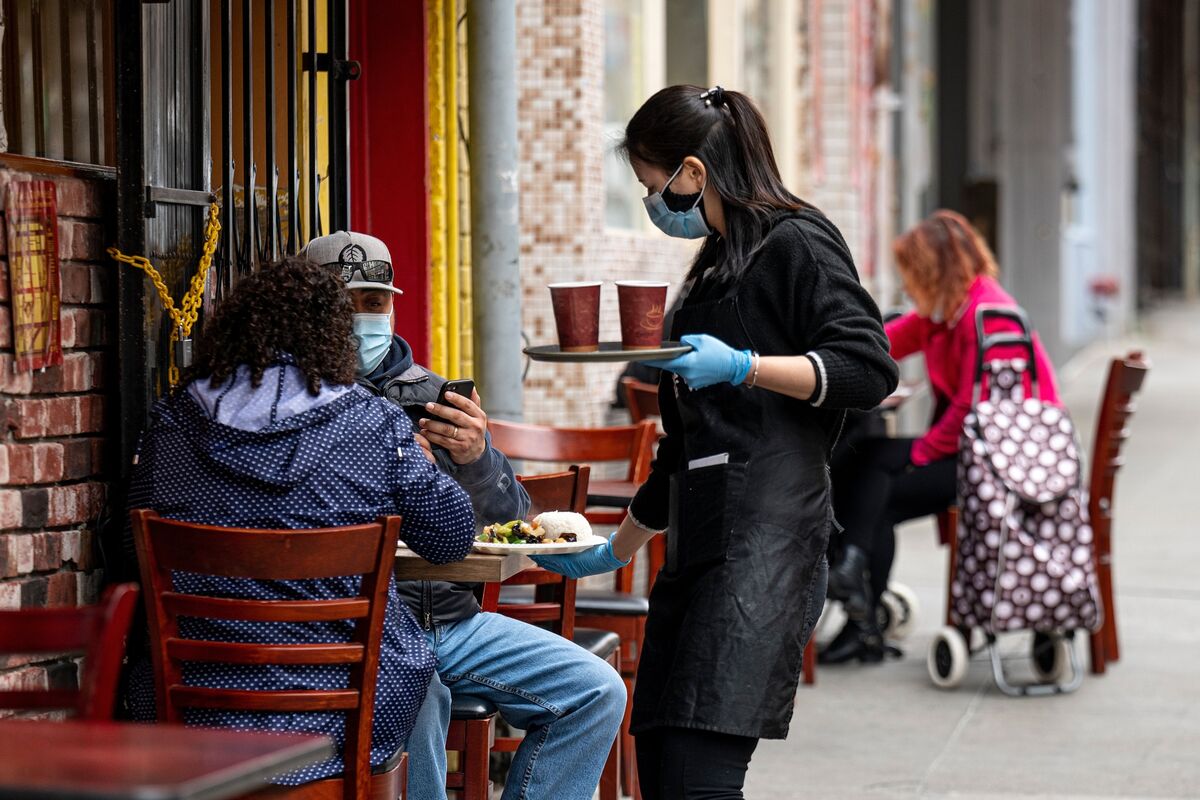 U.S. employment probably swelled in March by the most in five months as millions of Covid-19 vaccinations and a more open economy helped invigorate hiring, including at businesses hit hardest by the pandemic.

Friday’s monthly jobs report will show 650,000 people were added to payrolls and the unemployment rate dropped to 6%, according to the median forecasts of economists surveyed by Bloomberg. Some are projecting an increase of 1 million or more, which would be the sharpest gain since August.

The rate of coronavirus vaccinations rose above two million per day in March and dozens of states eased pandemic-related business restrictions or lifted them all together. That likely boosted hiring in sectors most depressed by the health crisis, such as leisure and hospitality, which have been slow to rebound because of limits on capacity and in-person activities.

“We know that the sector is still running pretty lean for jobs relative to pre-Covid levels, so there’s room for a nice bounce in job creation in that sector,” said Michelle Meyer, head of U.S. economics at Bank of America Corp.

Some industries like food services may also step up hiring in anticipation of stronger sales in coming months, she said.

Meanwhile, President Joe Biden signed a $1.9 trillion economic stimulus bill on March 11 that included direct relief payments, an extension of unemployment benefits, aid for restaurants and funding for vaccinations and testing. That should spur further employment growth in the coming months as more money circulates through the economy.

“A pronounced acceleration in the pace of hiring is due to continue through March and into the second quarter as the economy surges out of its winter lockdown. Watch for sectors hit hardest during the pandemic to dominate payroll creation over the next several months.”

Employment in the construction industry is also poised to rebound in March after a decline in payrolls a month earlier amid severe winter weather in much of the country.

Alternative data also suggest robust overall job growth in March. A measure of employees working rose 6.8% between the beginning of 2021 and mid-March, a significant uptick compared to the gains seen in February, according to data from Homebase, an employee scheduling software company.

Job postings on Indeed.com, a hiring website, were 13.5% higher than pre-pandemic levels as of March 26.

In the meantime, the latest Paychex/IHS Markit small business jobs index advanced 0.3% in March, the most since 2013, while hourly and weekly earnings growth accelerated. Census Bureau data are also showing employment gains, with 1.12 million more Americans reporting that they were working in early March compared with early February, according to the Household Pulse Survey.

Despite the positive outlook, Covid-19 variants present a risk to the labor market if they result in another wave of infections. What’s more, a full recovery in the labor market is still a long way off as employment is down 9.5 million from the pre-pandemic peak of 152.5 million in February last year.

“We welcome this progress, but will not lose sight of the millions of Americans who are still hurting, including lower-wage workers in the services sector,” Powell said.

— With assistance by Chris Middleton