The U.S. economy is set for a hiring boom in the months ahead as the coronavirus pandemic recedes. There are signs it’s already underway.

Kevin Vaughan, the owner of six bars and restaurants in the Chicago area, including the Emerald Loop Bar & Grill downtown, says he plans to double the size of his 90-person staff in the coming weeks. He’s already brought back about 40 workers in the past month as the city reopened indoor dining at 50% capacity.

“We’ve seen a noticeable uptick in business in the last few weeks as the weather got a little bit better,” Vaughan said. “And we’ve been rehiring people immediately.”

Bars and restaurants across the country added almost 300,000 jobs in February, marking the first substantial increase in four months, according to Labor Department data. Forecasters say the vaccine rollout and the growth of personal savings will encourage Americans to spend, and employers will be keen to meet the demand.

Economists at Goldman Sachs Group Inc. see the unemployment rate falling to 4.1% by the end of the year from 6.2% in February. Hiring should be especially swift since two thirds of the remaining pandemic job losses are in industries hard hit by the virus.

Were it not for inclement weather, the February payroll print would have been closer to 400k or more. The reopening of the economy plus payback for bad weather will lead to a much stronger outcome in March.

Among the firms already sticking up help-wanted signs are Chipotle Mexican Grill Inc., which has put on 19,000 staff and managers to chop veggies and cook meat on grills over the past couple of months. Meanwhile Colorado-based Noodles & Co. is looking for cashiers, cooks and managers at its 454 locations across 29 states. The pasta chain plans to open 10 new stores this year after unit growth stalled last year amid the pandemic.

It’s far from an all-clear for an economy that’s still down 9.5 million jobs from pre-pandemic levels. Some positions in manufacturing and other industries will be gone for good, forcing workers to hunt for work in new industries at potentially lower wages. Fast-food restaurants that have surged on drive-thru need fewer employees to clean bathrooms and check the soda machines.

The leisure and hospitality sector in particular has a long way to go. Headcount was 20%, or 3.5 million jobs, below pre-pandemic levels as of February. Employment in a category referred to by the Labor Department as personal and laundry services — which captures everything from salons to dry-cleaners to parking garages — was still down 16%.

And with all of the changes brought about by the pandemic experience and attendant uncertainty over how many of them will be permanent, it’s hard to predict where the workforce will ultimately end up.

The company wants to add back 800 personal trainers in the next few months after losing 1,700 in the past year. Managers have been rethinking their heavy use of part-time workers since the pandemic began, and they now expect to use a smaller, more full-time staff. It’s not clear Life Time will get back to the 38,000 employees it once had right away, Chief Operating Officer Jeff Zwiefel said.

Other employers are worried about their prospects for hiring in the near term as they compete with government programs for the unemployed. Several mentioned Congress’s renewal of the extra $300 weekly jobless benefit through early September as an impediment to hiring in the coming months.

Still, “there still will be some people who say, ‘I’m glad to take my $300 to $400 a week and stay home rather than go out and work and earn $500 a week,’” said BTIG LLC analyst Peter Saleh, who covers the restaurant industry.

“I expect the unemployment issue is going to continue to be an issue for the balance of this year, and some of the restaurants are going to have to pay above and beyond to make sure they have the appropriate amount of staffing,” Saleh said.

High-contact service sectors will also face competition for workers from other booming industries.

Terry Crow is looking for stylists to staff his 74 Great Clips salons in St. Louis, Missouri, and Orlando and Tampa, Florida. The return of customers is creating a need for workers, he said, as are the industry’s persistent high turnover and the defection of stylists to other industries seen as less of a health risk.

In suburban Atlanta, some 250 new real estate agents a month are flooding the Gwinnett County market, and many are leaving hospitality jobs, according to Chad Reeves, who owns a local Keller Williams office.

“I really think there is a pause going on where people are saying, ‘Is this the career that it was?’” Crow said. “There are masks and cleaning protocols, people have to wear masks even on breaks. And then they have people yelling at them saying, ‘Why do we have to wear a mask?’”

Still, problems finding workers should dwindle as the vaccine rollout facilitates a return to in-person schooling and reduces fears of catching Covid-19 on the job, according to Brian Rose, a senior economist at UBS Financial Services Inc.

“As the economy reopens, the problems keeping people out of the labor force should ease,” Rose wrote in a March 12 report. “Job growth should shift to sectors like leisure and hospitality where there are millions of available workers.”

Thu Mar 18 , 2021
Taipei, March 18 (CNA) Taiwan and Singapore are in discussions on the possibility of creating a “travel bubble” between the two sides, Taiwan’s Health Minister Chen Shih-chung (陳時中) said Thursday. Currently, travelers from Taiwan to Singapore are not required to quarantine, once they test negative for COVID-19 on arrival, Chen […] 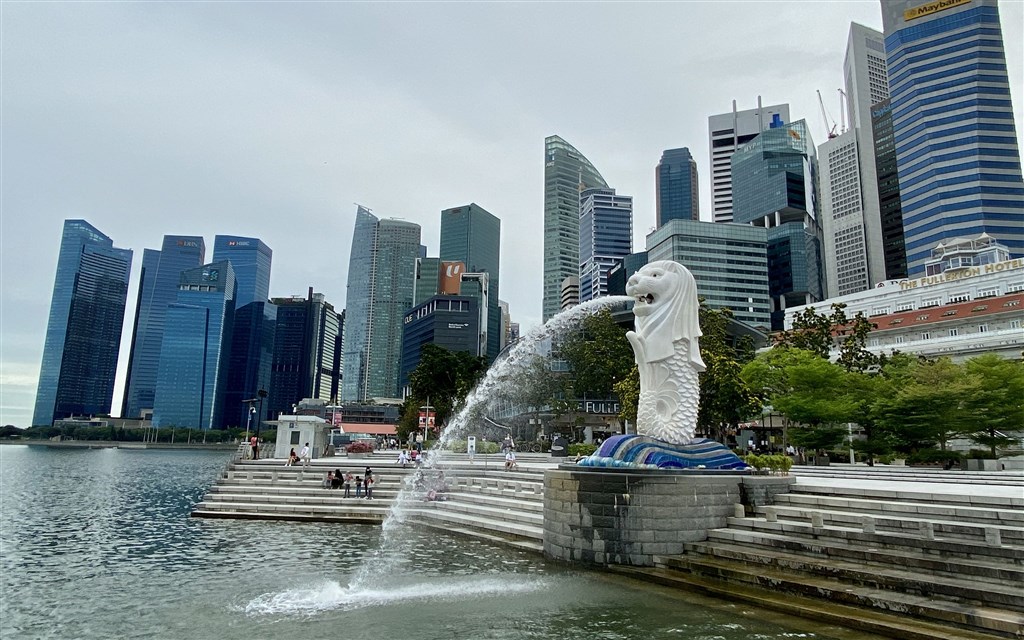