The U.S. economy added 916,000 jobs last month and the unemployment rate fell to 6 percent, in the strongest indication yet that the labor market is finally working its way back to pre-pandemic norms as the number of vaccinations continues to rise.

The hiring and employment data, released Friday by the Bureau of Labor Statistics, firmly beat economists’ predictions of 675,000 positions added. Totals were revised upward for January by 67,000 to 233,000 positions and for February by 89,000 to 468,000.

Sectors critical to economic recovery saw some of the biggest gains: The construction sector added 110,000 jobs, leisure and hospitality posted 280,000 new positions, and bars and restaurants added another 176,000.

While the latest unemployment rate is far removed from its April peak of 14.8 percent, it is still much higher than its pre-pandemic level of 3.5 percent, which was the lowest in almost 50 years.

“We can see the light at the end of this very dark tunnel,” said Steve Rick, chief economist at CUNA Mutual Group. “In many states, all adults will be eligible for the vaccine shortly with more to follow in the next few months. This means more permanent, widespread reopening can occur across the board and really start to work to right the ship of the economy.”

The U.S. is now averaging close to 3 million vaccinations a day, with more than one-quarter of all U.S. adults having already received at least one dose and 16 percent fully vaccinated, according to the Centers for Disease Control and Prevention.

Economists and Federal Reserve officials have long stressed that widespread vaccination is the key to economic recovery.

“In a nutshell, it’s a combination of better developments on Covid, particularly the vaccines, and also economic support from Congress,” Fed Chairman Jerome Powell told NPR’s “Morning Edition” in a live interview last month. “That’s going to enable us to reopen the economy sooner than might have been expected.”

President Joe Biden’s sweeping proposal to revamp the nation’s infrastructure could also go some way toward helping those whose lives were upturned by the pandemic, economists say.

“The U.S. hasn’t seen significant federal investment in over 60 years since the interstate highway system was built. Big boosts from the rescue plan and the recovery act will help those hardest hit by the pandemic and recession to get to the other side in better shape,” said Yelena Maleyev, economist at Grant Thornton.

Biden has said the plan could create millions of jobs.

“If we act now, in 50 years people are going to look back and say, ‘This was the moment that America won the future,'” Biden said on Wednesday, when he unveiled the details.

A heady mix of pent-up demand, substantial savings and improving consumer confidence all mean the economic recovery could even be “better than expected,” said Mark Hamrick, senior economist at Bankrate, noting the importance of “increases in the pace and supply of Covid-19 vaccinations, continuing federal stimulus payments and the reopening of the economy across the country.”

However, economists caution that, while better numbers lie ahead, there is still a long way to go. The economy would need to add around 950,000 jobs a month for the next 10 months to return to pre-pandemic levels.

“A year into the recession, the labor market is still down 9.5 million jobs from where it stood immediately before the Covid-19 shock. If we add in jobs that should have been created over that time to absorb new workers, we’re facing a jobs shortfall today of nearly 12 million jobs,” said Elise Gould, senior economist at the Economic Policy Institute.

US employers add 916,000 jobs in March as hiring accelerates

Fri Apr 2 , 2021
WASHINGTON — America’s employers unleashed a burst of hiring in March, adding 916,000 jobs in a sign that a sustained recovery from the pandemic recession is taking hold as vaccinations accelerate, stimulus checks flow through the economy and businesses increasingly reopen. The March increase — the most since August — […] 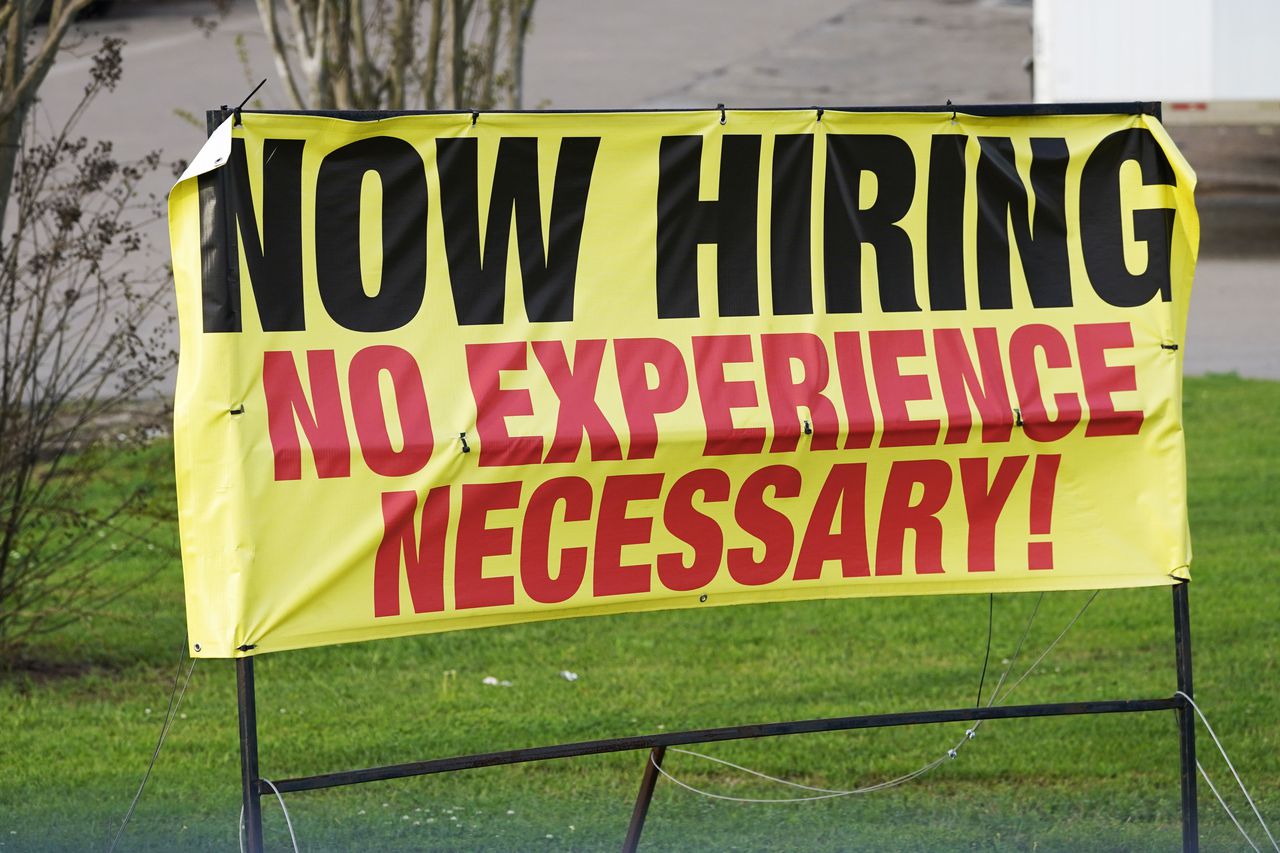