Finally, after weeks of refusing to tether himself to a timeline, Canadian Prime Minister Justin Trudeau has laid out a firmer plan with loose dates attached for reopening the U.S.-Canada border to tourists.

Canada will begin welcoming fully vaccinated American non-essential travelers in mid-August, according to an official summary of a meeting between Trudeau and provincial leaders yesterday. The government is apparently planning to open the border to vaccinated U.S. travelers weeks before a broader re-opening to vaccinated travelers from other countries.

“The Prime Minister noted that, if our current positive path of vaccination rate and public health conditions continue, Canada would be in a position to welcome fully vaccinated travelers from all countries by early September,” according to the summary. “He noted the ongoing discussions with the United States on reopening plans, and indicated that we could expect to start allowing fully vaccinated U.S. citizens and permanent residents into Canada as of mid-August for non-essential travel.”

MORE: Meet ArriveCAN: How To Use Canada’s Vaccine Passport When The Border Finally Reopens

The 5,525-mile border between the U.S. and Canada has been closed to non-essential travel since March 2020. The closure has been extended on a month-by-month basis, and the current restrictions officially expire in five days, on July 21 — and are expected to be extended one last time.

For months, the prime minister has insisted that he is in no hurry to reopen the border, and has instead followed the recommendations of health experts for a slow, phased process based on vaccination rates and Covid-19 case counts. “We’re on the right path, but we’ll make our decisions based on the interests of Canadians and not based on what other countries want,” said Trudeau in late May.

The prime minister reiterated his ‘slowly, slowly’ messaging earlier this week, when he told reporters in Quebec, “As we have been every step of the way, we are going to be cautious and responsible and take things step-by-step.”

But Trudeau has also been clear that there will be a different set of protocols in place for travelers depending on their vaccination status, saying that it will be some time before unvaccinated international travelers will be allowed into the country.

“I can tell you right now that’s not going to happen for quite a while,” Trudeau told reporters at a press conference earlier this month in British Columbia, noting that his “first focus” was how to reopen the border to travelers who have received two doses of the Covid-19 vaccine.

Trudeau’s insistence on keeping travel restrictions in place along the U.S.-Canada border has drawn criticism from business leaders on both sides of the border, but he has maintained the support of the majority of Canadians.

According to a survey by the Angus Reid Institute, published just yesterday, nearly seven in 10 Canadians (69%) want the travel ban to remain in place until 75% of Canadians are fully vaccinated — the marker used by the Trudeau administration.

Half of Canadians (50%) believe the prime minister is doing a good job handling the pandemic, his highest rating since January.

Trudeau has insisted that border restrictions need to stay in place until at least 75% of Canadians are vaccinated. As of now, 69% of Canadians have received at least one dose and 47% are fully vaccinated, according to recent data shared by CTV News.

That’s on par with the United States, where 48% of the total population has received at least one dose of the vaccine, according to the vaccination tracker from the Brown School of Public Health.

Trudeau’s government is expected to share a more detailed plan early next week.

Saipan is ready for 'Travel Bubble' with Korea

Fri Jul 16 , 2021
Seoul [South Korea], July 16 (ANI/Global Economic): Even after imposing social distancing level 4, the number of new COVID-19 confirmed cases in Korea has exceeded 1,600, drawing attention to whether the government will implement the ‘Travel bubble’ signed with Saipan. There are greater interests in ‘Travel Bubble’ with Saipan announced […] 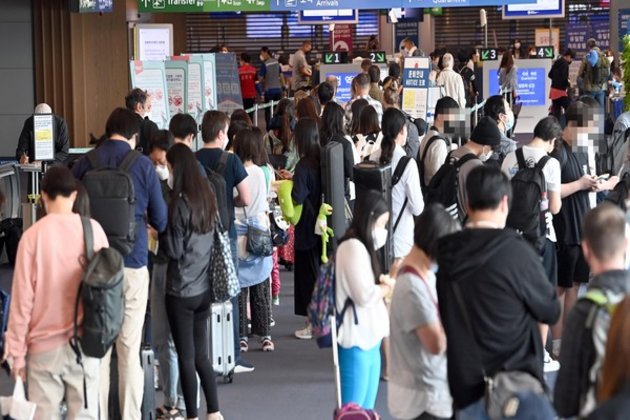