For all those wishing to take a ride at Amsterdam’s Canals, visit the country’s famous museums, picturesque villages and astonishing gardens, it is now safe to say that you can pack your bags as the Netherlands has largely opened for travellers all over the world after months of keeping in place strict lockdowns and travel measures.

More relaxed rules were announced by the country as the Digital COVID Passport was established at the beginning of July, SchengenVisaInfo.com reports.

As such, the country was able to allow more travellers to enter the country, whether they were arriving from European Union Member States, European Economic Area, or third countries.

Who Is Permitted to Enter the Netherlands?

Travellers from 57 countries who have been fully vaccinated, including here the residents of the 27 European Union Member States and tens of third countries, can enter the Netherlands restriction-free as these countries have been registering low infection rates.

For a person to be considered fully vaccinated when entering the Netherlands, it should be proved that the vaccination process has been completed with one of the vaccines approved by the European Medicines Agency (EMA) and issued in Dutch, English, French, German, Italian, Portuguese, or Spanish.

The Netherlands also recognises the Covishield vaccine manufactured by the Serum Institute India.

“You may travel to the Netherlands, the EU travel ban does not apply to you. If you are coming from a country where the risk of contracting COVID-19 is low (a safe country), you do not need to show a negative test result. You are also not required to self-quarantine when you arrive in the Netherlands,” the Government of Netherlands statement reads.

However, it should be noted that travellers entering the Netherlands from one of the countries placed on its safe countries/regions list are still obliged to fill in a health declaration form if travelling by air.

Consequently, except for the 27-nation bloc, restriction-free entry is allowed to arrivals from Iceland, Liechtenstein, Monaco, Norway, Switzerland, and the following third countries which have been added to the list of epidemiologically safe countries:

Travelling to the Netherlands From Virus Variant & Very High-Risk Areas 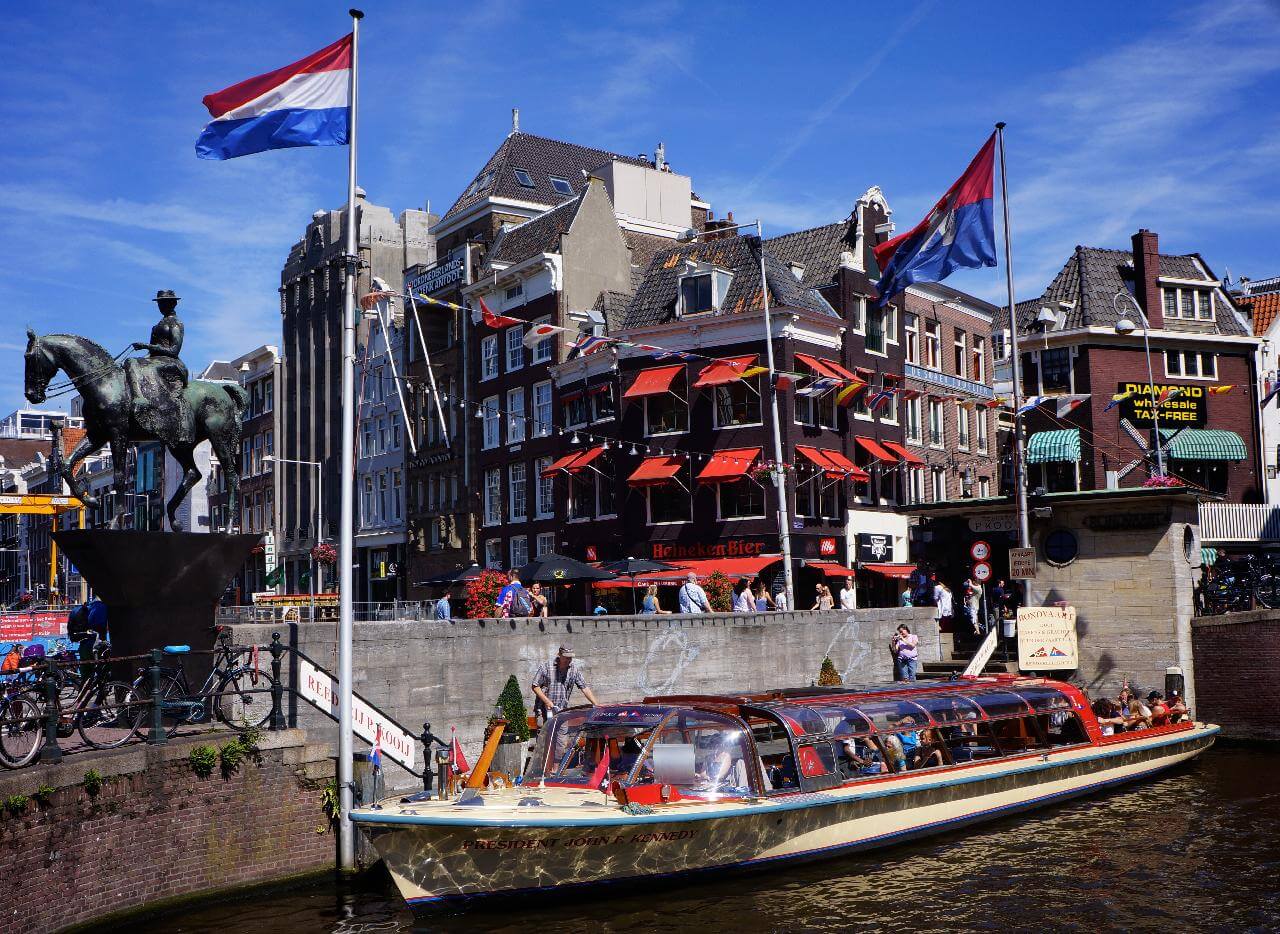 In such cases, when specific persons are exempted from the entry ban when travelling from a virus variant area, they are obliged to stay self-isolated for ten days. The requirement applies to persons who have been vaccinated as well.

In addition, everyone is required to present a negative PCR test result taken within 72 hours before arrival. This rule applies to all persons over the age of 13, regardless of their vaccination status.

Previously, it has been announced that the Dutch authorities have set aside 3.5 million COVID-19 tests for everyone planning to visit the country during July and August.

Countries that are currently placed on the Netherland’s list of very high-risk areas list where there is a virus variant of concern are as follows:

Similar to restrictions against virus variant areas, the exact measures also apply to all those entering the Netherlands from a country listed in its very high-risk area list. Countries that fall under this list are as follows:

“The negative test result requirement does not apply to people travelling from high-risk areas within the European Union who can show proof of vaccination or recovery,” the Government added.

In addition, it was emphasised that all travellers must fill in a health declaration form and carry it with them if travelling by air.

What Is Open In the Netherlands? 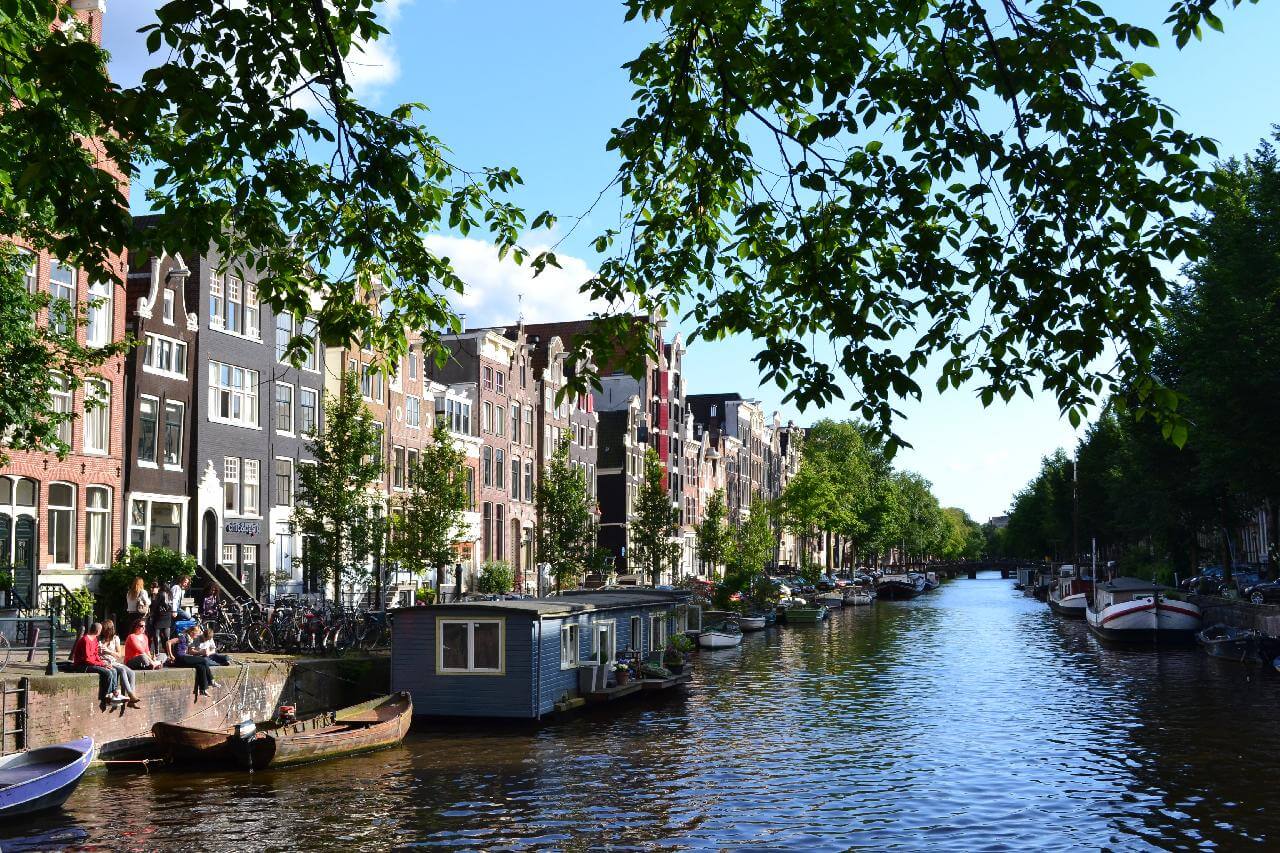 Since June 26, the Netherlands has announced less stringent measures for all travellers while in the country. As such, cafes and restaurants are now open during regular opening hours with fixed seating arrangements that have a distance of 1.5 metres between the tables. Similarly, all shops are open in the country.

Furthermore, hotels are open for tourists, including catering, restaurants, spas, and room services.

In addition, cinemas and other cultural and recreational facilities, as well as theme parks and zoos, are open for everyone wishing to attend such events.

When it comes to cultural facilities, Anne Frank House is open for visitors, provided that they haven’t had any recent health issues related to the COVID-19 disease. Rijksmuseum, also known as the Nation Museum of the Netherlands, and the Van Gogh Museum are also open for visitors.

All of the above-mentioned places require a distance of 1.5 metres from other persons.

In contrast, the Dutch authorities have announced that since July 10, nightclubs will remain closed as most infection rates have occurred in these environments. Such a measure will remain in place until August 13.

The basic rules that the Dutch authorities advise all travellers to follow during their stay in the country are as follows:

The EU Digital COVID Certificate has been established by the European Union in order to ease travel within the EU and is characterised by these features:

Travel Insurance – a Must When Travelling to the Netherlands

It is recommended that all persons who plan to visit the Netherlands during this summer purchase all-inclusive travel insurance that covers epidemic and pandemic situations.

Such insurance ensures that all travellers get to save a considerable amount of their spending in case their trips get cancelled due to a surge of COVID-19 infections and its mutations.

Travel insurance for the Netherlands can be purchased for a very reasonable price at from MondialCare, AXA Assistance or Europ Assistance.

Similar to other European countries, the Netherlands has also been severely hit by the COVID-19 pandemic, with the country identifying 1,736,879 infection cases and registering 17,766 deaths up unti July 14.

Until now, the Netherlands has administered at least 17,191,580 doses of the Coronavirus vaccines. This means that around 64.5 per cent of the entire population has received at least one dose of the vaccine, whereas 38.7 per cent have been fully vaccinated.

Only during the second week of July, the Netherlands reported an average of 131,598 doses administered per day, which is 41 per cent slower than its fastest vaccination seven-day pace.

Three Ways To Support Your Campus Group In 2021

Sun Jul 18 , 2021
We understand that everyone has totally different health ranges and objectives. Our memberships are designed to assist you discover your good match. We pride Uc Health ourselves on offering an inclusive and welcoming environment. We want you to be the most effective you can be, and that includes staying match […]