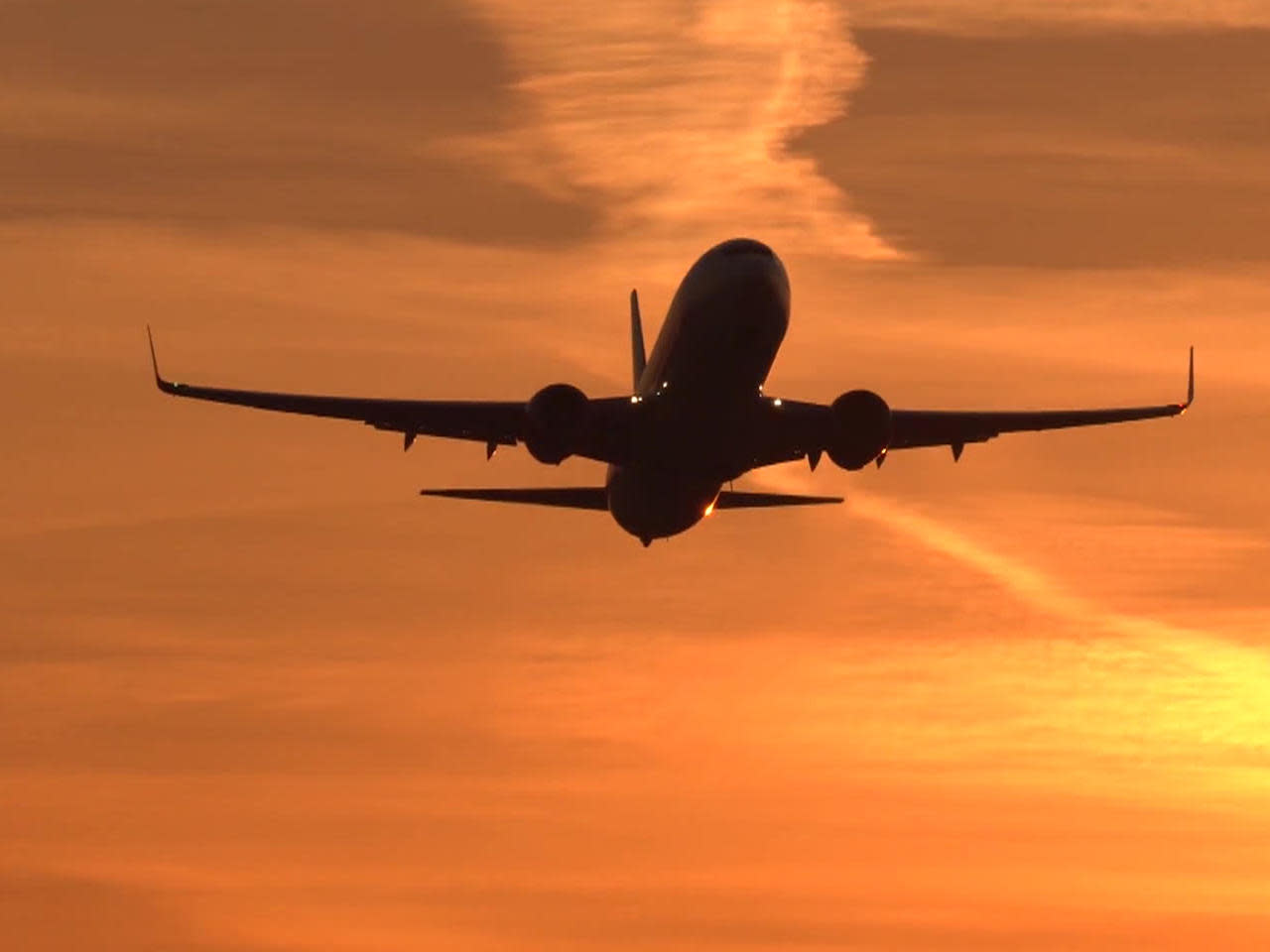 It seems that if we’ve learned anything after a year of staying home, it’s how much we like to get away.

And with CDC restrictions easing and more people vaccinated by the day, the travel bug is busting out all over, says National Geographic contributor Heather Greenwood Davis.

Correspondent Tracy Smith asked, “Now that things are loosening up a bit, what do you see happening?”

“We’ve seen the ‘gray wave,’ which is, you know, all of the people who were sort of over the age of 65, who were getting those vaccinations first – the moment they got them, they took off. They’ve had all those resorts and beaches all to themselves,” said Davis. “And now that the CDC is loosening guidelines for the rest of Americans, I think we’re about to see a big travel boom. People have been chomping at the bit to get out there. And now that they have the chance, I think they’ll go”

And they’re going, all right: According to the Transportation Security Administration, more than 1.5 million people passed through airport security last Sunday alone. On the same day last year, the number was less than 91,000.

“It’s a brave new world right now,” said CBS News travel editor Peter Greenberg. He believes that by the summer the skies could be as crowded as ever.

“We’re sitting in an airport,” said Smith. “This airport is not empty.”

“I flew in on a plane today, not a single seat available on the plane,” Greenberg said. “We’re back to the old days of airplanes being full. Every airline right now is unparking their planes. They’re taking them out of storage. And by the middle of May, they will all be back in the air.”

Of course, airline ticket prices might also be heading skyward, after a year of some very deep discounts.

When asked how cheap airline tickets got, Greenberg replied, “They got to the point of stupid. A month ago, a one-way fare from Los Angeles to New York, nonstop on American, was $90. Today, it’s $203. Next week, it’ll be $278. And by three weeks from now, we’ll be right back to 2019 levels.

“And here’s the interesting thing: Back in November and December when people started to travel, even when the CDC recommended against it, where were they going? Were they going to visit granny? Was it family trip? No. They were going anywhere they could. They just said, ‘Get me out of here,’ and that’s where they went. And that trend is continuing now.”

“People just wanna get out anywhere?”

And if you’re a city based on tourism, those travelers can’t get going fast enough.

Las Vegas, Nevada is a place practically built on out-of-towners’ money. So last spring, when travel dried up, Sin City shut down, and thousands of people, like performers Anna and Hamish McCann, were shut out.

“People in our industry just lost their livelihoods, in a way, overnight, and their identities,” Anna said.

Hamish, who performs with the show Absinthe at Caesar’s Palace, has been stuck at home. “I thought it would just be, like, three weeks. I was, like, ‘Oh, we’ll see everyone in three weeks.’ And it was exactly a year and two days later is when we we reopened.”

Anna’s also a professional acrobat at another show. But her performing days are on hold right now: she’s seven months pregnant.

Smith said, “All right, so my next question about what you’ve been doing during the pandemic — “

“I’m watching the plants grow,” said Anna. “And then later I was watching something else grow.”

Talk about watching something grow: the brand-new West Hall addition of the Las Vegas Convention Center was started well before the pandemic, and has yet to welcome a single conventioneer.

“It’s just fun to be a part of something that’s this spectacular,” said Las Vegas Convention and Visitors Authority chief Steve Hill.

Smith asked, “Were you worried that this place would sit empty for a while?”

And the facts back him up: in June, they’ll host the first big convention since the shutdown, and they’ve booked 30 more through the end of the year.

Like most everyone else Smith spoke with, Billy Vassiliadis, of the ad agency R&R Partners, is hopeful that Las Vegas can come all the way back.

“We’ve always bounced back dramatically,” he said. “And the reason is ’cause Vegas is a need. It’s a need. People come here, they need to come here. This is the only place they completely lose themselves and transform into basically whatever they want that’s legal.”

“And people need that now, maybe more than ever?” Smith asked.

But If you want to go to Vegas, or anywhere else, you might want to grab a reservation soon, says Heather Greenwood Davis: “Right now I’ve heard that Christmas travel booking, it’s very difficult to get something for Christmas. I also know some hotels that you won’t be able to get anything unless you’re looking for 2022.”

“Definitely. The sort of the boutique, chic properties, there’s a few that are definitely sold out.”

She also says that, if living well really is the best revenge, then that might be reason enough for some people to pack up and hit the road, with a vengeance. “‘Revenge travel’ is the idea that, after a year of being at home, people are gonna get back at the pandemic, and actually get out there and live their best lives while traveling,” she said.

“So, it’s kind of like, take that, pandemic, I’m gettin’ out?” asked Smith

“Exactly right! So, they’re going as far away as they can. They’re doing the things they’ve always dreamed of. And the idea is we are going to live our best lives. We’ve seen how close we came to losing the opportunity to get out there. And so, we’re not gonna let it pass us by again.”

Growing lemons on the Amalfi Coast