Felicity Wilson sat with the laptop open in front of her as she waited for the announcement. Her details had already been filled out on the screen, all she needed to do was hit the “confirm” button.

She watched on the live-stream as Prime Minister Jacinda Ardern addressed the press conference. “I can confirm that quarantine-free travel between New Zealand and Australia will commence in just under two weeks’ time, from 11:59pm Sunday, April 18.”

Wilson clicked confirm. Her flight was booked – she was finally going home.

“The announcement of the travel bubble was such a relief,” said Wilson, 71, from Auckland. “I cannot wait to get back to the love of my life. He has been through even more strife over there than I have been through over here.”

READ MORE:
* Covid-19: Trans-Tasman bubble won’t fix everything
* ‘I’m only going over for cuddles’: The long wait for trans-Tasman travel is ending
* Auckland woman in her 20s encourages self checks after breast cancer returns

Wilson is speaking from Australia’s Sunshine Coast where she has been for the past 10 weeks.

She and her husband, Verne, 74, among many Kiwis and Aussies who have faced lengthy separationfrom loved ones due to Covid-19 travel restrictions.

The announcement of a trans-Tasman travel bubble allowing for quarantine-free travel between the two countries means not just that the couple can finally be together.

It also means they can each now fight their cancer battles side by side.

For Wilson it started three years ago with an uncomfortable pain in her chest. A visit to her GP and numerous tests provided no answers, but the pain became so bad she had to go to hospital, where for two weeks doctors struggled to find a diagnosis.

X-rays of her shoulder and chest showed nothing, blood tests came back normal. Could it maybe be cancer, she asked – she had fought breast cancer 21 years earlier and survived.

Doctors did not think another such diagnosis was likely, but the nagging thought remained, and the day after being discharged she asked her GP to refer her for a CT scan.

When she walked back into his office the following day and saw his face, she already knew.

Back at the hospital, doctors told her she had between three and five years to live, and that radiation was impossible because of her previous treatment.

“Because I had already gone through this I had a lot of knowledge about cancer, but my husband didn’t. Verne asked the doctor what happens at stage five, and the doctor answered, there is no stage five. I knew what stage four meant. Stage four means the end of the road.”

Wilson, a dual citizen of New Zealand and Australia, opted against palliative care and chose to try her luck across the ditch.

Doctors at a hospital in Perth were convinced the radiation would not be in the exact area as when she had breast cancer and were willing to go ahead with the treatment.

By mid-2019, the couple flew to Perth for Wilson’s first round of treatment.

Later she was accepted for a targeted therapy treatment, which cost about AU$6000 for a three week-cycle but was covered because of her dual citizenship.

Last year her treatment was moved to the Sunshine Coast University Hospital to make it easier for her to travel from Auckland.

When the Covid-19 pandemic shut the borders, Wilson was given a special exemption to travel to Australia every six months to continue her treatment.

But a lack of flights, limited space in New Zealand quarantine (MIQ) hotels, and red tape made the travel to Australia difficult.

When Wilson was unable to make her treatment in December it had to be moved to February.

But in January the couple were dealt another blow when Verne was diagnosed with complications relating to previous skin cancer treatments.

“At that time we didn’t know how serious it was,” said Wilson. “I told him I would postpone my treatment, but he said no, I had to go. My cancer was a matter of life and death.”

So she travelled to Australia on February 4, but this time without Verne by her side.

While Wilson was undergoing her next round of treatment, Verne was told his cancer complications were far more serious than initially thought and now involved the shin bones in both legs.

He was admitted to Middlemore Hospital for three weeks, with more treatment as an outpatient. More hospital stays are to come in the near future.

Wilson was eager to get back to New Zealand to be by her husband’s side, but MIQ hotels were booked up until the end of July.

“They told me I could wait for a cancellation, but there were so many people waiting for cancellations,” she said.

For 10 weeks, the Wilsons had no other choice but to support one another over the phone while going through their cancer treatments.

And then, a ray of hope, a lifeline – a travel bubble.

On Monday afternoon, Wilson will be one of the happy passengers in the aeroplane touching down at Auckland airport from Brisbane.

“It is just such a relief,” she said. “Verne has been going through more strife over there than I have been going over here. I just want to be there for him.”

As for her own health, Wilson remains positive. “My oncologist said to me, ‘You may just join the very elite group that survives stage four’.

This Is The World On Covid 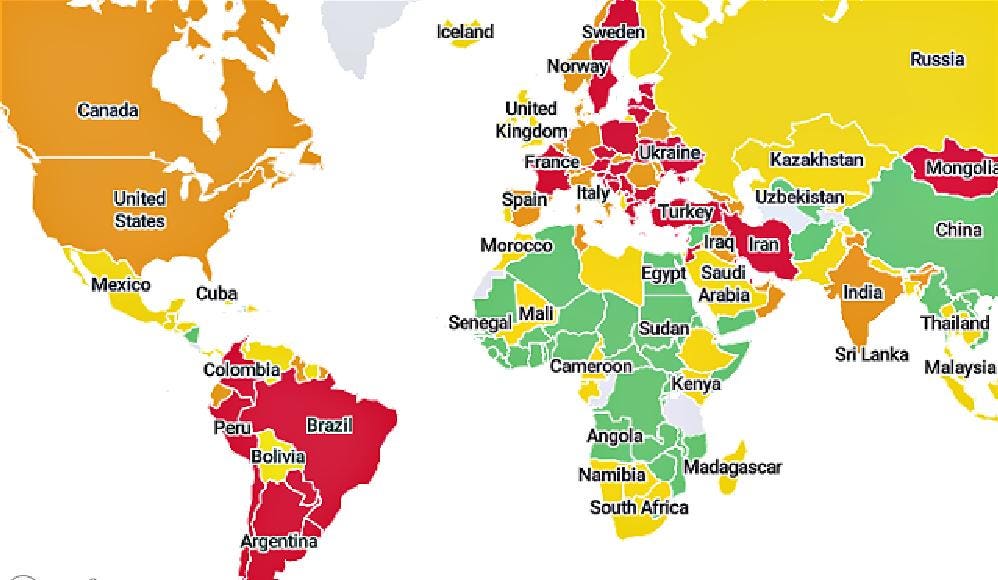