“I didn’t even think about hiring a professional coach until I saw her videos,” House said.

Owned by Beijing-based ByteDance, TikTok says it does not track data on the growth of its number of career-related “creators.” But the company said the hashtag #careeradvice gained serious momentum in the first few months of 2021, growing to more than 80 million video views a day by mid-February.

“We want people to turn to TikTok not just for entertainment, but to learn something new, to acquire a new skill, or simply get inspired to do something they’ve never done before,” the company wrote in a June 2020 announcement. “People are already doing this, and it’s a trend we want to get behind and accelerate.”

Kate Barney, head of human resources for TikTok-Global Business Solutions, North America, said employers are starting to use the platform to recruit interns or workers. HBO had more than 300 applications for a summer internship last year using the hashtag #HBOMaxsummerintern, Barney said, and the clothing brand Hollister partnered with TikTok on a promo video by the singer Montana Tucker to encourage job applications for a social media position. Applicants were asked to post a video with the hashtag #HCoHireMe that “brings a t-shirt to life through comedy, graphics, [and] mind-numbingly good transitions.”

Contra, a new job platform for freelance workers, said that between 80 and 90 percent of its Gen Z users arrived via its TikTok or Instagram Reels accounts, which post content about entry-level job ads, remote work and internships. TikTok, said Ben Huffman, Contra’s CEO, is “not just the latest dance trend. It’s how do I land a remote job? What am I going to do after graduation? It’s evolving.”

Leah Sorto, 23, said she turned to TikTok while job hunting last year. The creators she followed helped her realize mistakes with her résumé — making them with graphic design tools such as Canva prevented applicant tracking systems from reading them — as well as practice for interview questions, such as the best thing to ask when hiring managers say, “Well, what do you want to ask me?”

When interviewing for her current job at a real estate firm in Charlotte, Sorto recalled a question she had heard on TikTok, asking about the most valuable thing the interviewer has learned in the job.

“She looked at me over Zoom and was like, ‘I’ve never heard that question. It’s very good but I also want to let you know I plan on stealing it,’ ” said Sorto.

Her generation turns to the platform for advice, she said, because unlike YouTube, “we aren’t committing to six whole minutes. That’s what — 10 percent of an hour? You don’t feel like you’re wasting your time.”

Gabrielle Woody, a recruiter for financial software company Intuit (whom Sorto follows), said she started posting videos in June — after she had more spare time during the pandemic and was no longer traveling for work. Topics include skills not to list on résumés, what questions are legally okay for an interviewer to ask and a four-part series on getting recruiters’ attention.

She’s now offering one-on-one coaching to job seekers on the weekends and evenings, and says her TikTok side hustle, where she has 11,000 followers, helps inform her work at Intuit.

“With my videos I can see the trends about what topics are getting the most views, or the questions I keep getting from candidates,” she said. “That’s helping me build out what workshops we’re doing online, or for when we do travel back to campus.”

Layla Shaikley, an MIT grad and co-founder of Wise Systems, a logistics software start-up, said she began offering interviewing tips to her now 105,000 followers when she was on maternity leave last year.

“Timing played a really big role. Suddenly I’m on maternity leave, there’s nowhere to go, I’m starving for human interaction,” said Shaikley, 35, who employs 80 people at her start-up. “I’m postpartum and don’t even fit into my clothes. So I start giving career advice — I’m not doing the Renegade dance.”

As a Muslim woman who wears a hijab, she said she’s aware of the obstacles women of color face as entrepreneurs. Her TikTok has included posts on impostor syndrome and a “duet” on how women should adjust their work emails. “I’m a firm believer in access,” she said. “Some careers are easier than others when it comes to a blueprint.”

Rob Cancilla, who has 162,000 followers, has had enough success with the career coaching business he launched via TikTok that he recently took an unpaid sabbatical from his job at an executive search agency to pursue it full time. His most popular posts review viewers’ LinkedIn profiles, which offer “one-on-one personalization but also has mass appeal,” Cancilla said. For a while, his colleagues didn’t even know about his following. On a virtual happy hour at work, colleagues were asked what they wanted to do in 2021. In the chat, “someone said ‘become TikTok famous like Rob,’ ” Cancilla recalled.

Some TikTok career creators are concerned the platform allows those without much hiring experience to broadcast advice to young job seekers, especially in a tough economy.

“In the last year we’ve seen a massive uptick in career coaching folks across social media platforms,” said Cancilla, who has also worked for Facebook and PwC, in addition to the recruiting firm Hunt Club. “It’s always important to do your homework. The best advice comes from someone who’s sat in an H.R., recruiting or extensive hiring manager position.”

White says the explosion of interest has surprised her. After her corporate speaking and H.R. training gigs dried up at the start of the pandemic, White’s daughter suggested in October that she post a few videos she’d made about her services.

“I got a call from my son, who said, ‘My girlfriend just said she saw you on TikTok,’ ” recalls White. She’s not surprised short videos — hers include snippets about asking for a raise, navigating noncompete agreements and negotiating severance before you take a job — are taking off on the platform. When she was working in H.R., at both large companies and start-ups, she noticed young employees preferred what she calls “learning snacks” to hours-long training sessions. “They like it to be colorful and fast. This form makes perfect sense.”

Now, White says, she’s starting to build a following on Clubhouse, the audio-only chat app that’s the newest rage in Silicon Valley. “If LinkedIn and NPR had a baby, it would be Clubhouse,” said White. “It’s like talk radio all day long but with networking.”

Sat Mar 27 , 2021
Hayden said businesses in the Cook Islands are desperate for the bubble. Their government has said the country is losing $1 million in revenue per day the border is closed – $57 per inhabitant. Businesses are also losing valuable employees to New Zealand, where they have more work options. But […] 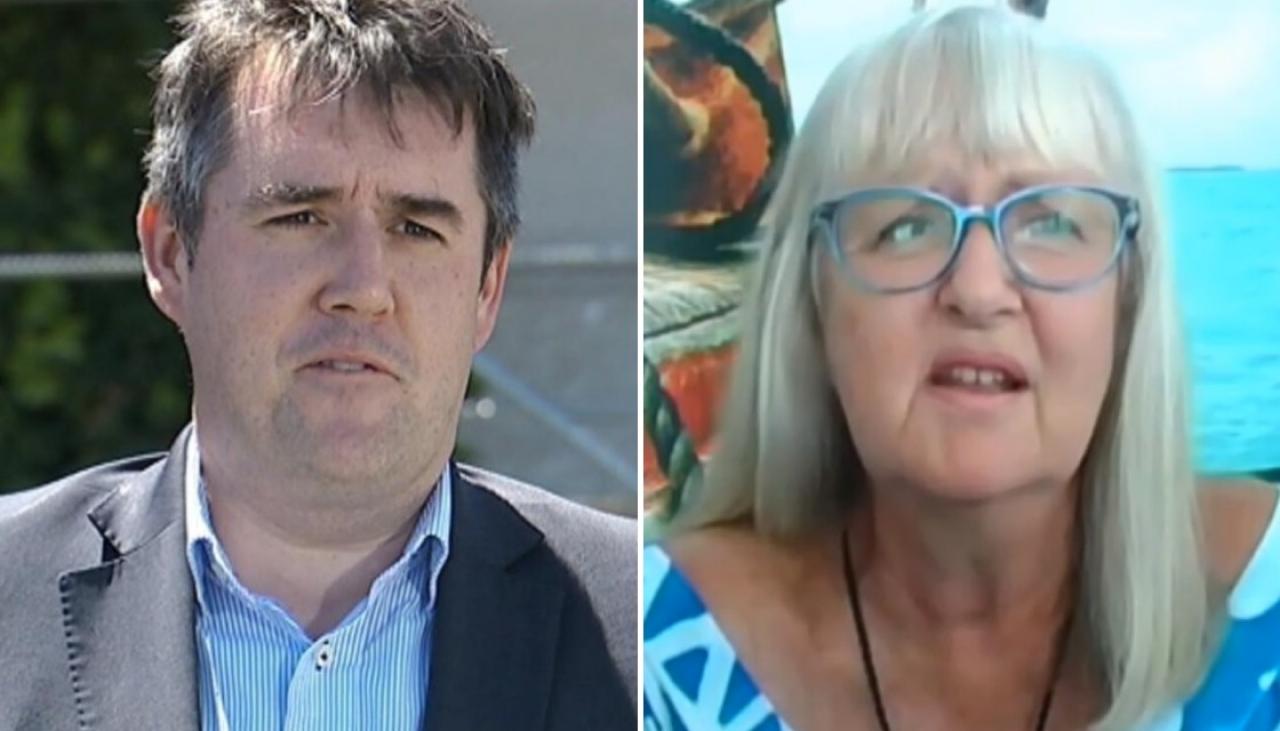