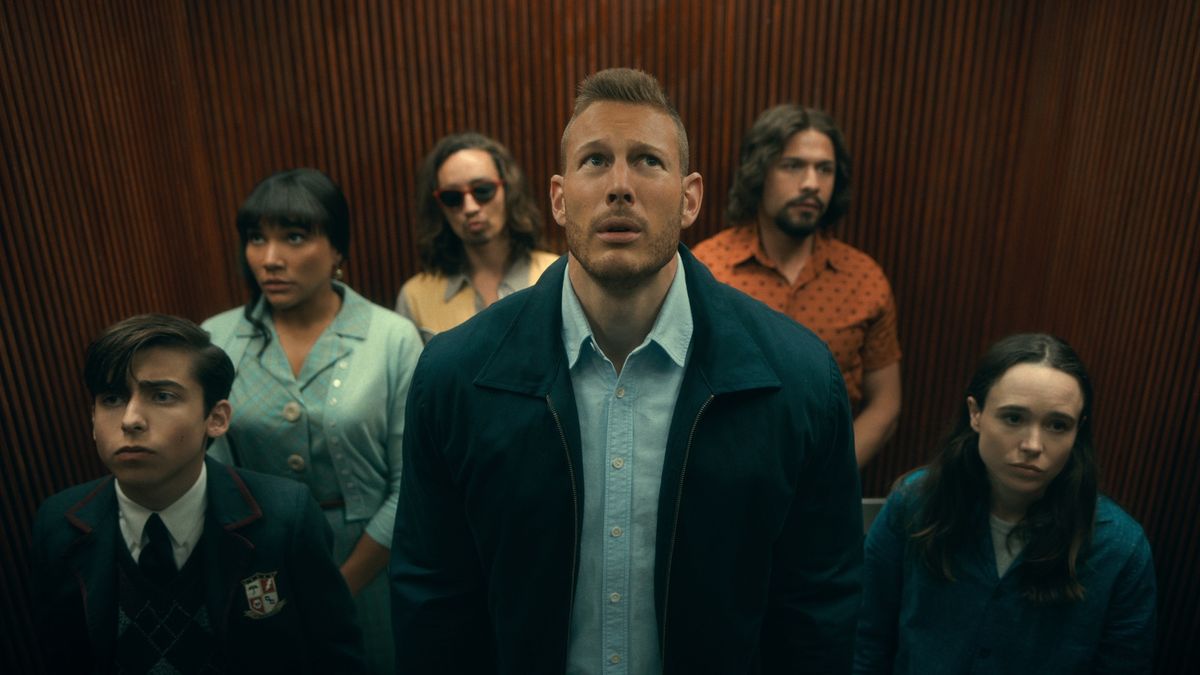 The superhero siblings of Umbrella Academy season 3 are in for a world of weird when the drama returns to Netflix — but unfortunately, that won’t be any time soon. Umbrella Academy is currently filming its third season, as chronicled by Elliot Page in set photos. But there’s still a “long way to go”, according to Page’s co-star Tom Hopper.

On Instagram, Elliot Page has shared photos from the set of Umbrella Academy season 3. The first is a shot of the show’s new logo — an umbrella, with the number three, and a sparrow.

Another shows Page on set, masked and in front of a trailer. “Spreading love all around,” Page wrote in the caption. New cast members Cazzie David and Justin Cornwell both left comments.

There is no Umbrella Academy season 3 trailer yet, so don’t believe anyone who tells you otherwise.

But when might we get a trailer, or at least some kind of teaser from Netflix? Since season 3 is currently shooting, footage probably won’t drop any time soon. Perhaps the show will release a celebratory video at the end of filming (like Witcher season 2 did) in a few months. Or maybe Netflix will debut the first teaser trailer at Comic-Con @ Home this July.  I heard a rumor …