Friday’s US non-farm payroll numbers came in massively under expectation at 266,000 jobs added versus a projected 1m. The unemployment rate rose to 6.1 per cent versus 6 per cent. And average hourly earnings were up 0.7 per cent month on month versus an expected zero consensus. Since nobody in the analyst community saw the mega miss coming we thought we’d check in with what the latest commentary from our inbox is saying.

First it’s over to James Knightley, chief international economist at ING, whose assessment is basically humph:

These falls are all more than a little strange given the strong performance of all these sectors, activity wise, over the past couple of months. Construction employment being flat on the month is also odd given the booming residential construction sector that is more than offsetting weakness elsewhere.

On the positive side leisure and hospitality rose 331k, reflecting the reopening while government employment rose 48k, but even this is disappointing given the strength in spending the economy is experiencing.

Looking at the non-seasonally adjusted data employment rose 1.1mn after 1.2mn gains in February and March, so the only other thing will can possible argue is that there may be some seasonal adjustment issues given pandemic-related distortions, but we have no real proof.

Though Knightley does pick up on the important trend that employers are struggling to find workers:

This, he tells us, means there is huge demand for workers, but job gains will be held back in the next few months because of a lack of supply.

The reason for that is two fold in Knightley’s opinion: childcare issues and benefit incentives.

The extra financial inducement required to attract potential staff may well be putting a strain on companies that have struggled through the pandemic. Nonetheless, the NFIB reported a net 31% of firms reported raising compensation and a net 20% of owners plan to raise compensation in the next three months.

This ties in with anecdotal reports from the retail and restaurant industry that they are struggling to find workers or being forced to offer cash bonuses or wage increases to get people back to work.

Jim O’Sullivan and team at TD Securities concur (our emphasis):

On the strong side, average hourly earnings were +0.7% m/m, above the 0.0% consensus (TD: 0.0%). Those data are highly volatile from month to month, due to mix shifts, but the pattern is consistent with weakness in employment growth being due in part at least to employers having difficulty finding workers, even with a still-high unemployment rate. According to the BLS, “The data for April suggest that the rising demand for labour associated with the recovery from the pandemic may have put upward pressure on wages. Since average hourly earnings vary widely across industries, the large employment fluctuations since February 2020 complicate the analysis of recent trends in average hourly earnings.”

Despite the 0.7% m/m rise, the y/y change for hourly earnings fell to 0.3% from 4.2% (unrevised). The weakening reflects a reversal of the mix shifts that led to a surge when payrolls plunged a year ago. The y/y pace was around 3% pre-COVID.

George Saravelos at Deutsche Bank, meanwhile notes that Friday’s numbers highlight the degree to which the US is clocking in the weakest post-pandemic performance in the developed world:

We have long-suspected the superiority of furlough schemes in Europe and beyond in maintaining labour market attachment during the COVID crisis. I am repasting some of the charts below to put the US underperformance in a global context and versus Canada. The problem is weakness is not just a hospitality/leisure phenomenon. Today’s report will put to rest any notion of a hawkish Fed. Mark next week’s CPI off your calendars as a market mover. It is also likely to challenge the market’s narrative that the US policy response to the crisis has proven superior. In all, a clear dollar negative signal.

And here’s the context:

The hedge fund investor otherwise known as Diogenes, meanwhile, offers this food for thought via Twitter:

It’s a fair point! And one FT Alphaville has speculated about in our Clubhouse sessions before. At what point do returns from crypto and day-trading begin to compensate for the need for a job altogether?

Fri May 7 , 2021
(CNN) — Travelers from the UK have been given the go ahead to visit Portugal, Gibraltar and Israel from May 17 when months of restrictions making it illegal to travel abroad for a vacation will come to an end. The UK government has finally revealed the 12 countries and territories […] 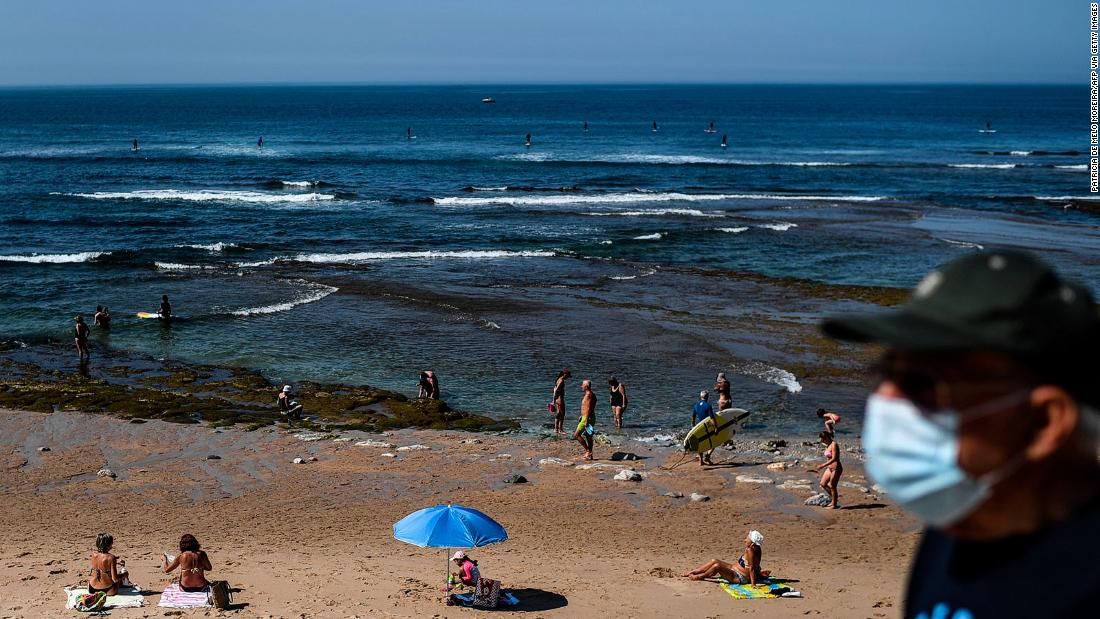