TAUNTON — Ashton O’Connell, daughter of Mayor Shaunna O’Connell, is Taunton born and raised, but her aspirations lie far from home.

Soon, 18-year-old O’Connell will attend the United States Military Academy at West Point — one of the most prestigious military academies in the world.

At the school, she said, she hopes to study international relations and pursue a career in diplomacy.

Though O’Connell wants to serve around the world, it’s been her experiences here in Taunton that have led her to strive for such great heights.

O’Connell just graduated from Taunton High School, having participated in extracurriculars like DECA and Latin Club.

But her real passion during the last few years has been competing in precision shooting.

O’Connell said her interest in shooting began when she was 12 when her father took her out to the local Taunton shooting range to teach her gun safety and shoot for fun. The Taunton Rifle and Pistol Club’s junior team happened to be shooting that day, and they invited her to try out for the team, and she discovered she loved it.

“I thought it was a really unique sport,” she said. “You always have room to improve in it. It’s not like you can ever be the best you can possibly be, no matter how good you are.”

Through the club, O’Connell shoots both air rifles and .22 caliber rifles. She has gone to competitions in Colorado, Georgia and Michigan, even making it into the Junior Olympics more than once.

“It’s very heavily a mental sport rather than a physical sport, like football or softball,” she said. “Because you stand for a 60-shot match, so you have to think about every single shot and make sure every single one is consistent. It’s very hard to stay focused for that long.”

She said she sometimes listens to music before she shoots to help keep her focus.

O’Connell has won the state championship for her age group multiple times, and one year made it into the top eight junior shooters in the country.

“The most rewarding part is at the end of the match, just seeing how concentrated you were and how your effort paid off,” she said.

O’Connell also said she’s enjoyed getting to know the shooting community around the country. She said it’s such a small community that she’s even met Olympians and world champions.

It’s through precision shooting that O’Connell became interested in West Point. She talked to a West Point coach at a shooting competition, and was recruited at age 15. The academy has an NCAA shooting team which she hopes to join and continue competing.

But getting into West Point is no cake walk. Every student has to be nominated, usually by a member of Congress.

In O’Connell’s case, she was nominated by former U.S. Rep. Joe Kennedy III after interviews with his staff.

There’s also a physical test that applicants have to pass, in addition to normal college admissions essays and recommendations, which O’Connell said she trained for by doing Crossfit.

“I was actually really nervous. I didn’t really know exactly what my odds were of getting in. It’s a very, very competitive process,” she said. “But I had a lot of people who encouraged me and kept me going. My dad and my shooting coaches were very helpful in that.”

But O’Connell made it in, and on Friday, June 25, she will travel to West Point to begin six weeks of basic training, which she said she is both nervous and excited about.

“I just thought [West Point] was an amazing opportunity,” she said. “In addition to the excellent academics they have, you also have opportunities to grow in leadership and grow as a person and it’s very challenging. So you always have opportunities to push yourself and see exactly how much you can accomplish.”

“If it’s really your dream and your goal, go for it,” she said. “Don’t have doubts about it. Just do your best and make sure you’re involved in high school leadership opportunities.”

Hawaii is easing rules on travel, gatherings and more. Here’s what you need to know.

Fri Jun 25 , 2021
HONOLULU (HawaiiNewsNow) – Hawaii is easing more COVID restrictions come July 8 ― a date when the state is expected to be near or at a 60% vaccination rate. There will be new rules for trans-Pacific travel, gatherings and restaurants. Here’s what you need to know: How are travel restrictions […] 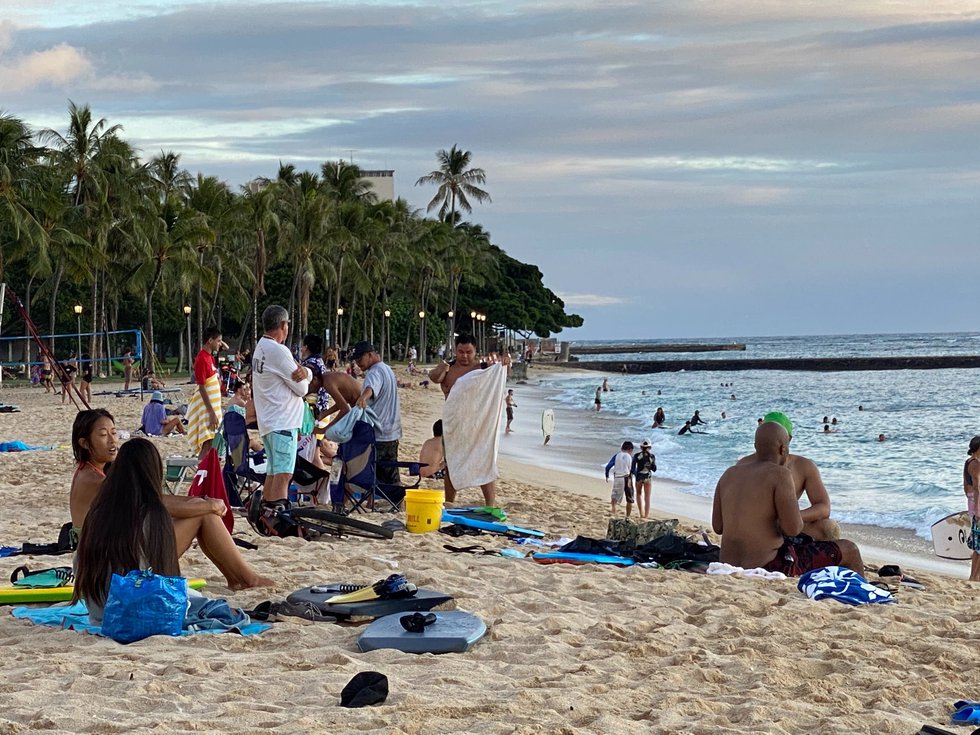