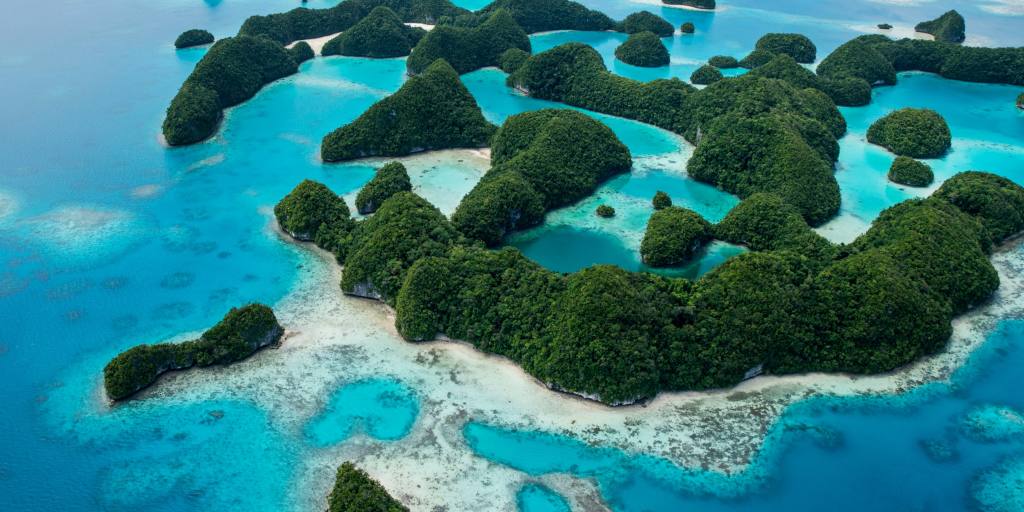 TAIPEI — Taiwan will open its first quarantine-free “travel bubble” next week, allowing tour groups to travel to and from the tiny Pacific nation of Palau, one of Taipei’s 15 remaining diplomatic allies.

After a four-day visit to Taiwan starting Sunday, Palau’s President Surangel Whipps Jr. will return home with a group of Taiwanese tourists on the first bubble flight. Tour groups will be able to visit both locations for up to eight days.

Both Taiwan and Palau have been successful in preventing the spread of COVID-19, but have been largely closed to international visitors since March last year.

Taiwan is a three-and-a-half-hour flight from Palau, an archipelago in the western Pacific Ocean that is home to about 18,000 people, clear waters and coral reefs.

Taiwanese officials have said they are in discussions about possible other travel bubbles with Singapore, Japan, South Korea and Vietnam.

Taiwan is also working on a “sports bubble” for athletes who will compete in a baseball qualifier for the Tokyo Olympics in Taichung in June. This could enable foreign players to quarantine for five days instead of the usual 14.

Whipps’s visit, his first foreign trip since taking office in January, is aimed at showcasing solid relations in the face of Chinese pressure.

China claims self-governing Taiwan as part of its territory, and has persuaded seven countries to ditch Taipei in favor of Beijing since 2016 by pledging billions of dollars in aid. The last two to switch recognition to China were also Pacific island nations, Kiribati and the Solomon Islands, in September 2019.

In an interview with Taiwan’s Central News Agency earlier this week, Whipps said he had told Beijing that Palau values the relationship they have with Taiwan “and nobody should tell us that relationship should be severed.”

Whipps will meet with Taiwanese President Tsai Ing-wen and attend various events hosted by Tsai, Premier Su Tseng-chang and Foreign Minister Joseph Wu. He will also visit shipbuilding and aquaculture industries in the south of Taiwan and attend a tourism exhibit promoting Palau.

Fabrizio Bozzato, a political analyst focused on East Asia and the Pacific islands, said Whipps would use his visit to “reaffirm Palau’s diplomatic allegiance to Taipei [and] … try to promote Palau as a safe destination for Taiwanese tourists and visitors from other parts of East Asia, and solicit more cooperation and assistance from Taiwan, which will most likely be given.”

“By welcoming the visit of President Whipps, Taipei will ideally send Beijing a message that ‘Taiwan will not lose any more diplomatic allies in the Pacific islands,'” said Bozzato, a senior research fellow at the Sasakawa Peace Foundation’s Ocean Policy Research Institute in Tokyo.

Before the pandemic struck, most visitors to Palau were from China. This was despite Beijing imposing a ban on Chinese tourists visiting the island in 2017 as part of its attempt to get Palau to drop Taiwan as a diplomatic ally.

“Palau’s tourist industry, which has been on its knees due to China’s tourism embargo first and then because of the COVID-19 pandemic, will finally receive some oxygen from Taiwan,” said Bozzato.

Initially, there will be two flights per week between Taiwan and Palau operated by Taiwan’s China Airlines, with each limited to 110 passengers.

Despite the apparent low risk from Taiwanese travelers, a host of precautions have been put in place for those visiting Palau.

Anyone who has been diagnosed with COVID-19 within the past three months is not allowed to travel. In addition, Palau-bound tourists must not have traveled out of Taiwan in the past six months, or have undergone quarantine or self-isolation.

Travelers on a five-day holiday will have to fork out up to NT90,000 (US$3,200) and go through some onerous requirements, including arriving at the airport more than five hours ahead of their flight for a PCR test.

They must also undergo at least five days of “enhanced self-health management” when they return to Taiwan, meaning they must isolate in a separate room at home and not use public transport or visit crowded areas if they go out.

When in Palau, they may feel they are very much in a bubble; they must stay with their tour groups at all times, eat in separate dining areas, and avoid crowds and local residents.