LAS VEGAS — Settling in at the podium at the Aria Hotel, WNBA Commissioner Cathy Engelbert spoke to an in-person and Zoom press contingent about the future.

It was simple to mention, but significant considering the circumstances.

In a wide-ranging media availability prior to Wednesday’s WNBA All-Star Game, Engelbert discussed topics as heavy as league expansion, travel issues and player exposure, and as light as WNBA merchandise.

Engelbert spoke for nearly 40 minutes, and began mentioning the growing momentum the league has had over the course of a two-year span.

This includes a season affected by the COVID-19 pandemic, which displaced league-wide plans along with placing the league in Florida for the entire 2020 season.

“We’re looking to the future,” she said.

Where the league stands

When the WNBA relocated to IMG Academy in Florida for its own bubble last year, it forced the league to change its approach.

The league took on some of the expenses of the “Wubble” and had to account for the lack of revenue without any fans. That’s still a pain the league is feeling at the All-Star and Olympic break in 2021.

“Last year, we flipped the business model around,” Engelbert said. “We’re still in recovery from that.”

Now that all markets have fans in attendance, that pain is beginning to alleviate. However, teams still need to comply with directives from local health departments.

Engelbert said she’s proud of where player safety is currently, especially with 99 percent of WNBA players vaccinated against the coronavirus. Teams were preparing to reach that rate across the last month, and to reopen for more fans.

The commissioner said there’s still more transformations to come as the back end of the pandemic continues.

“The fan experience is so enhanced the closer you are to the court,” Engelbert said.

Two years ago at the 2019 All-Star Game, Engelbert announced how Team USA and the WNBA expanded player training and pay so WNBA players could train with the national team as opposed to having them play overseas and risk injury.

Present day, the league is still eying to address travel, which is one of the biggest issues the league faces. Players face delays flying to different markets commercially as opposed to flying charter.

Engelbert said she understands how difficult traveling can be, but reassured the league understands the issues.

Engelbert said there were discussions in 2019 and 2020 with stakeholders and union representatives about the next step forward within the current collective bargaining agreement about travel with where the league is with travel.

It’s something the league is still monitoring, and it’s why the league approved charter travel during the playoffs in order to put the best product on the court possible.

“I wish we had an economic model that supported what I know we all want here,” Engelbert said. “We don’t have that today.” 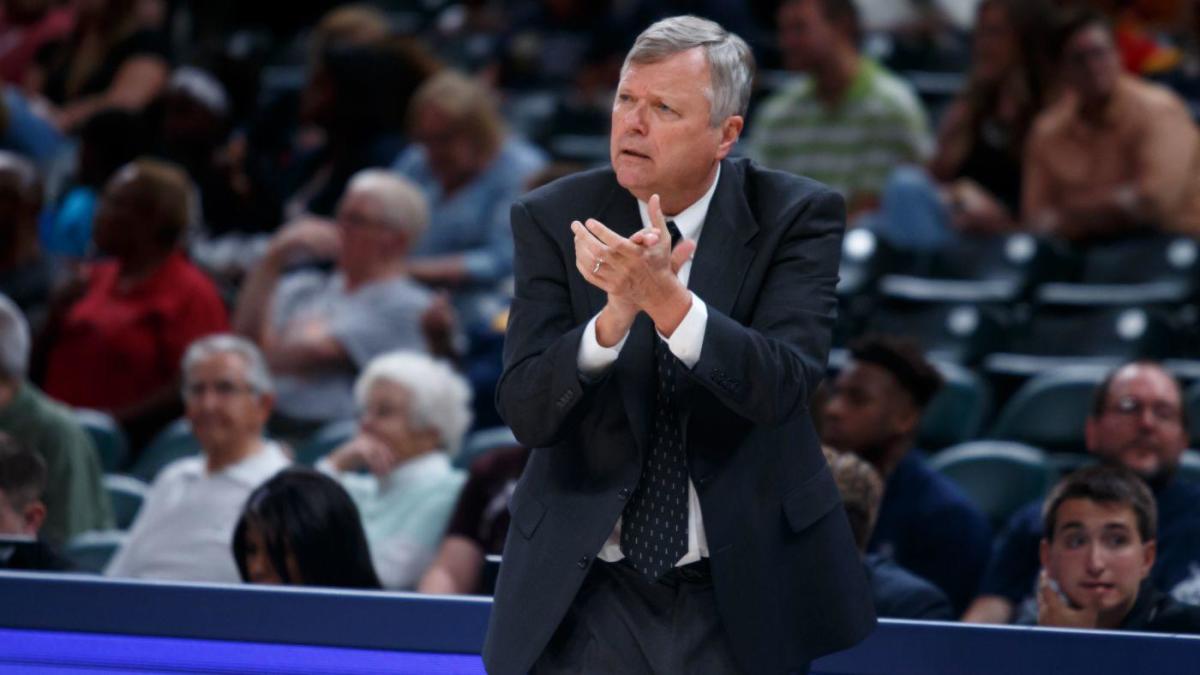 Seattle Storm coach Dan Hughes announced on Sunday that he is retiring from the WNBA after over two decades in the league. Associate head coach Noelle Quinn will take over as Storm head coach on a permanent basis. Hughes will still serve as an assistant coach for the U.S. Women’s Basketball Team at the Tokyo Olympics this summer.

“After over 40 years of coaching basketball, I want to finish my career with the focus and determination with which I started,” Hughes said in a statement. “The Seattle Storm is in amazing shape, after two championships and a terrific playoff run in 2019, I would like to announce my retirement from the WNBA. I believe now is the right time because the team is performing well, but the rigors of being a head coach in the WNBA have taken their toll on me.”

Hughes started his career as an assistant coach on the now-defunct Charlotte Sting back in 1999. In the time since then, he’s served as head coach for the Sting, Cleveland Rockers (also defunct), San Antonio Silver Stars (now the Las Vegas Aces) and the Storm.

Along the way, he won two Coach of the Year Awards in 2001 and 2007, and led the Storm to the championship in 2018. In 2019, Hughes was diagnosed with cancer and missed the team’s first nine games after undergoing surgery to remove a tumor from his digestive tract. Due to his previous health concerns, he did not travel to the bubble with the Storm last season when they won the title again. Hughes retires with 286 career wins, which is tied for third-most all-time.

Hughes recently stepped away from the team to attend his son’s graduation from the Air Force Academy. In a statement to ESPN, he said that the time away helped him come to the realization that it was time to retire.

“I remember calling [Quinn after she served as head coach in the Storm’s win over the Sun] and saying ‘I’m so proud of you, watching your presence and what you’re doing,'” Hughes said. “It’s just funny how sometimes things kind of fall into place for a reason. I constantly preach about watching the journey you’re on, whether it’s a team or an individual, because sometimes that journey will teach you and have moments that you actually need to recognize and I thought that was probably one right there.”

Quinn spent over a decade in the league with five different teams, including two stints with the Storm. She was a part of the team that won the title in 2018, then retired to start her coaching career. She’s served as an assistant coach under Hughes in 2019 and was promoted to associate head coach in 2020. Now, she’ll take over the job in full, and become

NEW YORK — The WNBA has an official start date for its 25th season.

The league will tip off its silver anniversary season on May 14, just one month after holding its second virtual draft. The Liberty, who will finally be able to make their Brooklyn debut at Barclays Center, get underway that night against the Indiana Fever.

“This milestone couldn’t have come at a more pivotal moment. … The momentum for women’s sports has only continued to grow,” Commissioner Cathy Engelbert said, “and now coming off a tremendous season last year in our so-called ‘wubble,’ (the WNBA’s bubble) we’re poised for success and growth and I couldn’t be more pleased with how things are going.”

Last season, the league saw highs in terms of its television and digital audiences, from the draft to the WNBA Finals. And just this month, the WNBA released its Nike rebel edition jerseys — the Liberty’s says “EQUALITY” across the front chest with Lady Liberty’s torch as the “i”.

“Absent the pandemic, where we were trying to get from survive to thrive, we’ve really made a ton of progress,” Engelbert said of the W’s growth over 25 years. “We’re in thrive mode now.”

This season, the second to take place during the coronavirus pandemic, will still look different because of ongoing health and safety protocols, but fans will be allowed inside arenas for at least nine of the 12 teams, depending on local ordinances.

Engelbert said she attended a number of NBA games this season to experience what having crowds at games would look like. Barclays Center has been open to a limited number of fans for Nets games, seemingly without becoming super-spreader events. So it’s likely Libs fans will be able to catch one of the W’s original teams in person starting next month.

The regular season usually includes 34 games, a number reduced last season to 22 while teams played in a bubble at the IMG Academy in Bradenton, Fla. This season won’t get back to normal — pandemic aside, it’s an Olympic year and the chosen few WNBA elite will travel to Tokyo to compete for their ninth-consecutive gold medal from July 23 to Aug. 8 — but will include 32 games. For the Liberty, that will be 16 home and 16 away games.

After they host the Fever, they’ll travel to Indianapolis for a game there on May 16, then head back to Brooklyn to host the Minnesota Lynx on May 18. Their longest homestand won’t come until Aug. 18-27 and they’ll get the Seattle Storm (from whom they acquired top veterans Natasha Howard and Sami Whitcomb in the offseason) and Phoenix Mercury (who they traded Kia Nurse to) for two games apiece, as well as the Los Angeles Sparks (who Amanda Zahui B signed with in free agency).

The WNBA, like every other major sports league in the country, plans to provide players with education on COVID-19 vaccines, but will not force its athletes to get vaccinated. Even though