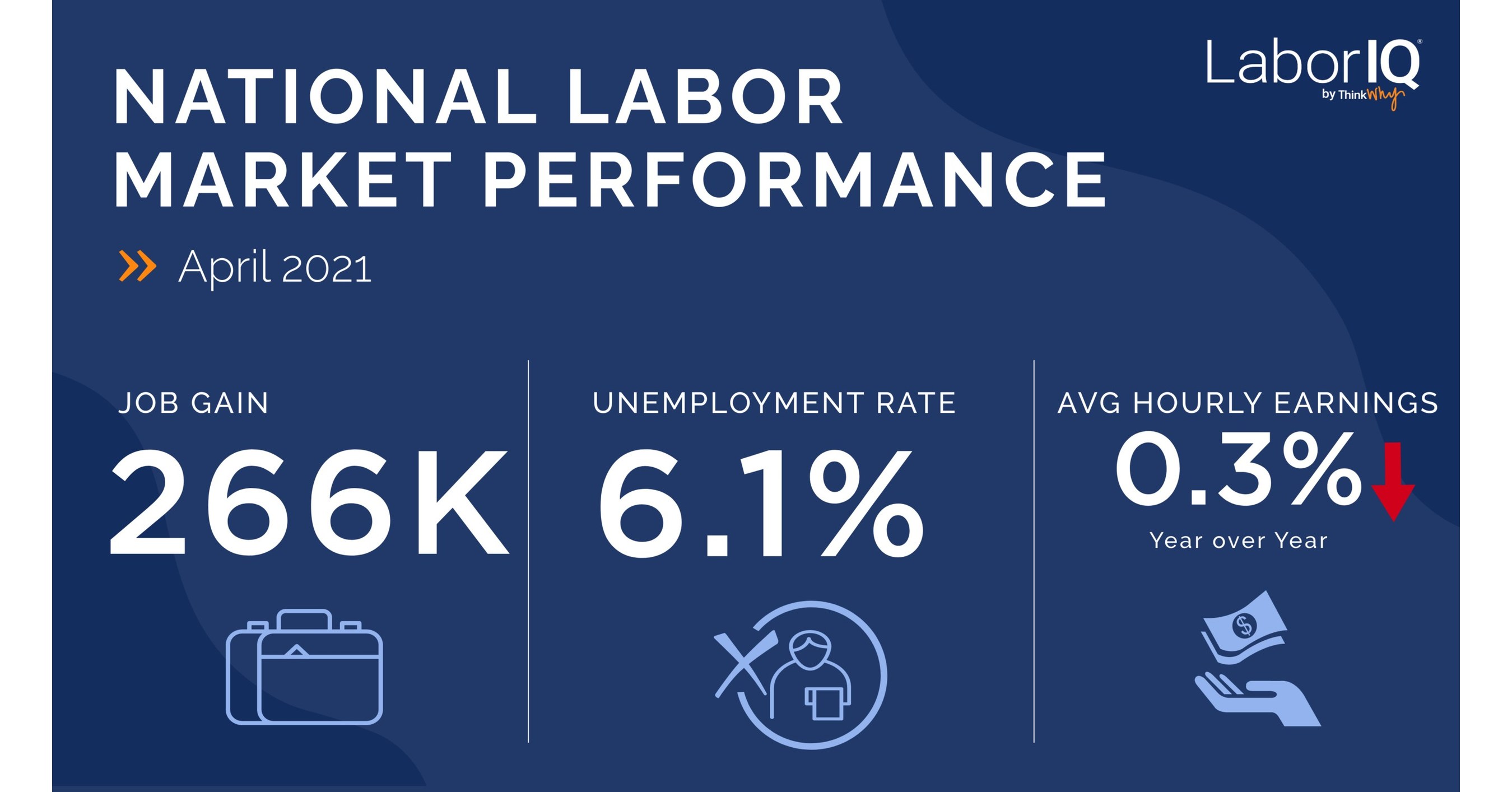 DALLAS, May 7, 2021 /PRNewswire/ — April’s employment gain of 266,000 fell below expectations despite overall optimism in the U.S. economy. Upon the anniversary of the biggest job loss in U.S. history, more momentum in job creation was expected this month.

ThinkWhy, a labor market data and analytics firm, released its National Jobs and Industry Performance Outlook following an announcement from the Bureau of Labor Statistics that the economy added only 266,000 jobs in April, with the unemployment rate at 6.1 percent.

“Maintaining March’s robust pace of job gain was going to be challenging at some point, but it was expected to be a few months away. We are seeing an earlier, more significant slowdown,” said Jay Denton, chief analyst for ThinkWhy.

One year ago, the U.S. lost 20.7 million jobs in April 2020 alone, equivalent to 13.8% of total employment at that time. Combined with significant job loss in March 2020, the U.S. suddenly found itself with 22.4 million fewer jobs in the blink of an eye.

Fast forward a year, and the market had been on an upswing after 770,000 jobs were added in March, and unemployment insurance claims dropped during the month of April. Still, consumer confidence and GDP outlook continue to improve. Currently, the U.S. still has 8.2 million fewer jobs than before the pandemic. Given the BLS surveys during the first half of April, there is hope more jobs were created later in the month, which could boost the May numbers. Either way, this morning’s report missed the mark of expectations.

Denton continues, “The challenge remains for employers with almost 3.5 million fewer people participating in the labor force than before the pandemic. Without these people rejoining the workforce, the pace of hiring will slow simply due to a lower supply of labor.”

Recruiting and hiring will require the right tools to source and win candidates. Most important will be refining compensation plans based on today’s competitive job market and shifts in talent availability.

Local Markets Adding the Most Jobs

The level of job recovery varies across the nation. The list below shows which U.S. locations recovered the most total jobs during Q1 2021.

Many of these cities were among the hardest hit at the onset of the pandemic-induced economic fallout and remain 5% to 11% under their pre-pandemic employment levels. Further, industry recovery will be based