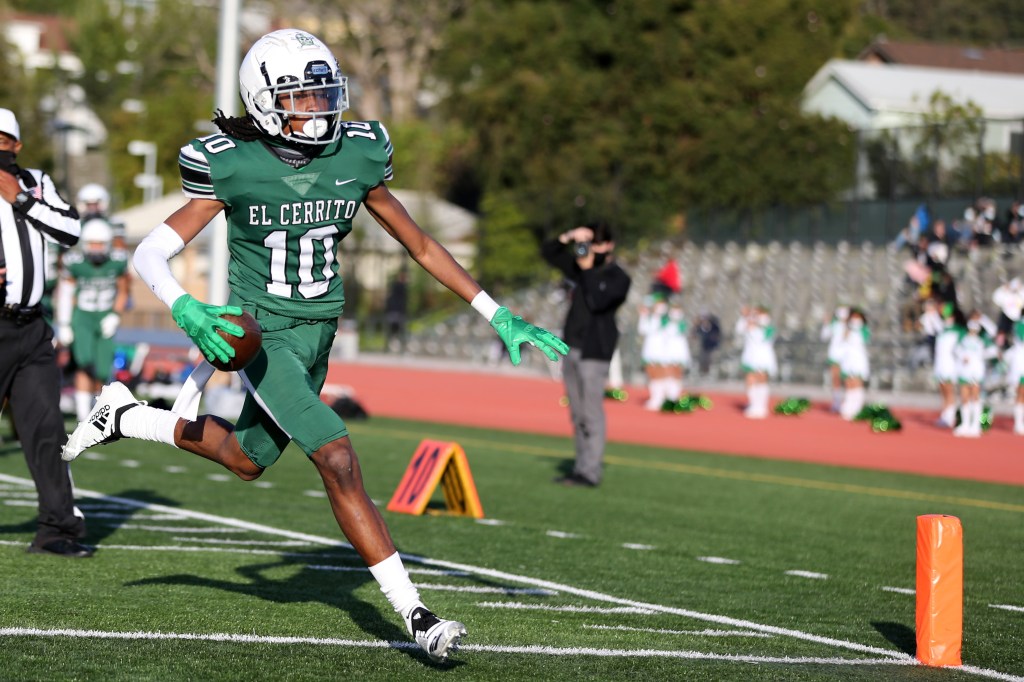 No. 8 Campolindo 38, Las Lomas 28: Campolindo (5-0) fought off a tough Las Lomas team looking to play spoiler in this Diablo Athletic League Foothill Division matchup Friday night. Both teams went blow for blow in the first quarter as the Knights struck first with a rushing touchdown from junior running back Frank Payne. The Cougars answered quickly as junior running back and defensive back Dillan Thoms scored his first of three touchdowns to tie the game 7-7. The Knights took the lead again minutes later, returning a punt for a touchdown. Thoms then scored from 24 yards out to tie the game once more. Another Thoms touchdown run put Campolindo up 21-14 at halftime. The Cougars controlled the game from then on, never letting Las Lomas pull within 10 points after taking a 31-14 lead into the fourth quarter. “We had a hungry group of seniors,” Campolindo coach Kevin Macy said. “For us, we called this our championship game. We can claim that we are league champions so that the kids have something to hold on to as a memory.” Campolindo will look to complete its perfect season Friday at 7 p.m. at Miramonte. Las Lomas will return home to play Benicia on Friday at 7 p.m. — Brendan Cross

No. 13 Menlo-Atherton 50, Terra Nova 7: Jalen Moss caught a touchdown pass from Matt MacLeod for the first score of the night and the points kept coming for Menlo-Atherton in the first half of a game that wasn’t listed on either team’s MaxPreps schedule. Raymond Price III scored on a 3-yard run around the right side and then on a 70-yard keeper. MacLeod connected with Jeremiah Earby from 72 yards out to make it 27-0 — still in the first quarter. The advantage ballooned to 50-0 before halftime. Terra Nova scored its touchdown in the third quarter. M-A is 4-0 heading into its season finale next Friday at home against The King’s Academy. Terra Nova (0-2) is scheduled to play at Jefferson next Friday. — Darren Sabedra