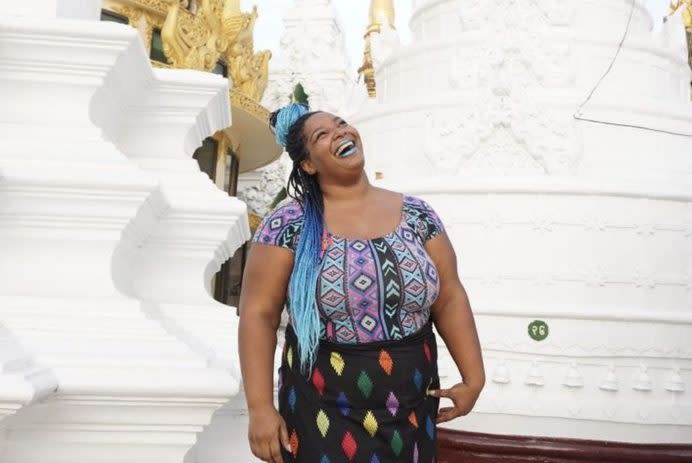 The 2010s saw a boom in social media activity, which arguably contributed to an explosion of travel bloggers. For many millennials, “dream jobs” became less about being able to afford an expensive apartment and going into a shiny office — and more about finding flexibility in working from anywhere.

In 2017, CNN referenced something called the “Black Travel” movement, in which travel agents and social media platforms aimed to promote more people of color travelers. The phenomenon was a response to the fact that, within this boom of aspirational travel photos and media, Black travelers were majorly underrepresented.

“It’s estimated that the [Black-American] community spends about $50 billion annually on travel and leisure with a large chunk of that spend coming from Black women,” HuffPost reported in 2017. “However, the travel industry spends very little marketing to the Black community in comparison to how aggressively they spend targeting white travelers, millennials, Baby Boomers and other groups.”

Enter, Annette Richmond, one of the Black digital nomads bringing major contributions to the booming travel economy. Richmond is the founder of Fat Girls Traveling, a movement she launched in 2017 — right around the same time that the “Black Travel” movement was gaining recognition.

“I see other people like me when I’m out in the world, but I never see us represented in travel marketing or media,” Richmond told In The Know. “I started tagging travel pages in my social media posts and noticed that not only were my photos not being re-shared, [but] no plus-size travelers were also being featured.”

Richmond started traveling full-time after she got a seasonal job at a summer camp where food and housing were included. She saved up from her 40-hour work weeks and her part-time side job as a fashion stylist, then decided to travel for the next eight months of the year.

“The first country I went to was France. It was my first time traveling abroad alone and, after hearing my mom’s concerns, I decided on a group tour around Europe,” she said. “Taking that trip was one of the best decisions I’ve ever made, I’ve been in love with group and solo travel ever since.”

Since that initial trip, Richmond has visited a whopping 19 countries and counting. But being a digital nomad isn’t all about posing on Instagram or backpacking. In fact, as Richmond told In The Know: “[I] refuse to carry my entire life on my back.” She added that her lifestyle requires a lot of work and planning that has only gotten harder during the pandemic.

“The pandemic has definitely made it harder to live as a digital nomad,” she said. “[But it] has also shown employers that it is possible to be productive and professional while working remotely, which hopefully encourages more companies to allow people with disabilities or chronic illnesses to work from home post-pandemic.”

Richmond is very people-focused, a trait that came through in our conversation. She dismissed the idea