Five local schools sent their boys’ tennis teams into divisional quarterfinals on Tuesday, and two of them – Pembroke Academy and Kearsarge – will be playing in Thursday’s semifinals.

PA (9-3) claimed a 6-3 win at Windham and will now travel to face undefeated defending champ Portsmouth in the Division II semifinals. Kearsarge (WHAT) downed Plymouth, 8-1, on their home courts and will now host Profile () in the D-III semifinals.

Things didn’t go so well for Bishop Brady, Bow and Concord. Trinity beat Brady, 8-1, and will now face Gilford in Thursday’s other D-III semifinal. Lebanon beat Bow, 8-1, and will meet Souhegan in the D-II semifinal opposite Pembroke/Portsmouth. Bedford, the undefeated, seven-time defending D-I champs, downed Concord, 9-0, in the final match for Crimson Tide coach Dave Page, who is stepping down after 16 seasons as Concord’s head man.

“It was a very humbling way to wrap up a 30-year coaching career,” said Page, who also coached at Bow High, “but I’ve had many more highs than lows and want to thank all of my former players for the many wonderful memories that I will cherish forever.”

Bow coach Drew Groves is retiring from teaching at Bow High after this school year, but he hasn’t made any final decisions about whether or not he’ll continue coaching the Falcons boys’ tennis team.

“I know I can come back and coach if I want, and I’ll make the decision early enough so they won’t be stuck without a coach, but I’m just not sure yet,” Groves said.

There will be major turnover on the Pembroke team next year as well, but that’s because the entire top six is made up of seniors.

“They’re all friends and they learned to play in high school, none of them are club players or play indoors, but they’re all battlers and they’re all about the same level, it’s pretty tight,” said PA coach Chris Sporcic, now in his fourth year with the team. “It’s been a fun year for them. This is the first time we’ve had a winning record since I’ve been around.”

Pembroke (9-3) started quickly as a team as No. 1 Finn Riccio and No. 2 Chase Culberson both got out to early leads against Windham (8-6) and coasted to wins – 8-2 for Riccio and 8-3 for Culberson. The Jaguars answered with their only win of the match, an 8-1 decision for Nick Antonucci at No. 4, to make it 2-1.

The remaining three matches were tight, but PA found a way to win them all. Nate Quinn outlasted Tiamay Adamchick, 8-6, at No. 6. The No. 3 match was back-and-forth the whole way, but PA’s Jason Dow held to go up 7-6 and then broke for an 8-6 win against Tim Wang. And Pembroke’s Ben Sporcic was down, 6-4, at No. 5 before coming back for an 8-6 win against Cole Gilbert. 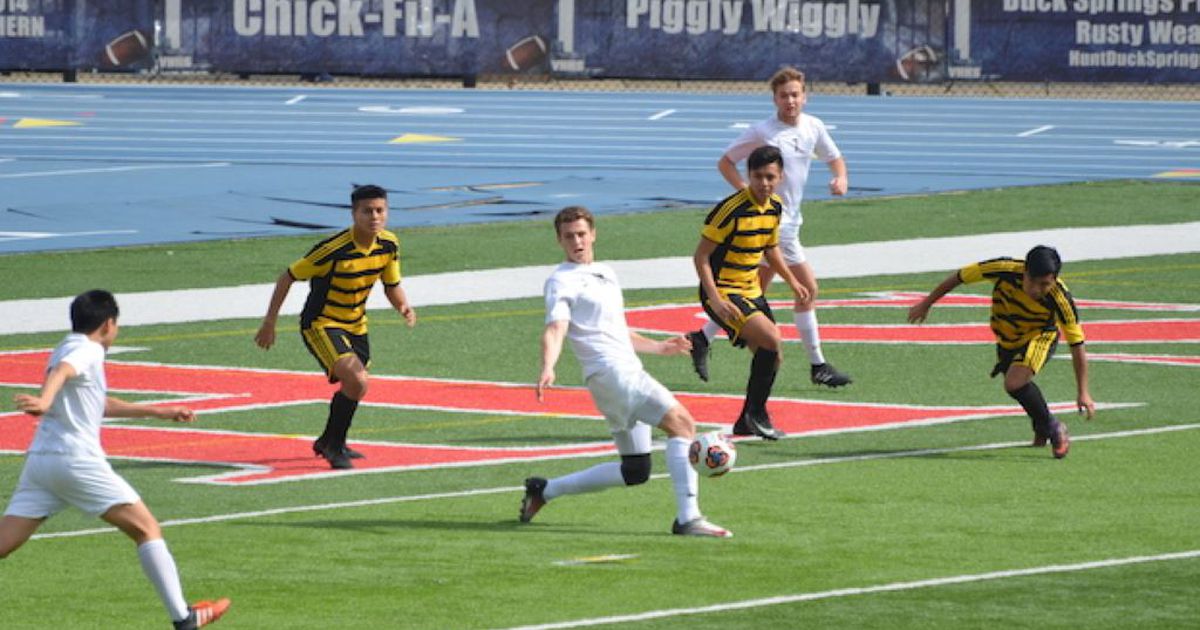 See the quarterfinal schedule below. To see the GHSA brackets go HERE. For the PREP SCOREBOARD powered by Score Atlanta, follow the LINK or visit EUROSPORTSCOREBOARD.

All games Wednesday (subject to change)

Here are the results from the first and second rounds below.