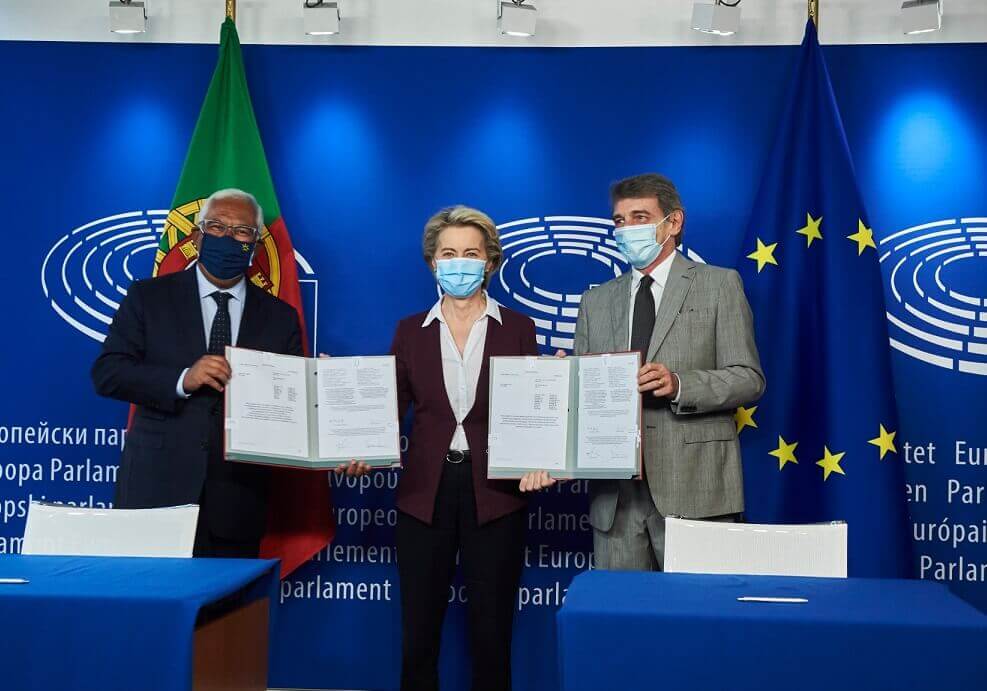 The legislative process for the European Union COVID-19 vaccine passports for travel has come to an end today, on June 14, after the presidents of the three main EU institutions – the Parliament, the Council, and the Commission – signed the Regulation at an official signing ceremony.

During the ceremony, the Presidents David Sassoli and Ursula von der Leyen and the Portuguese Prime Minister António Costa, who is currently the President of the Council, showed their support for the document, asserting that it is “a symbol of what Europe stands for.”

“Our Union showed again that we work best when we work together. The EU Digital COVID Certificate Regulation was agreed between our institutions in the record time of 62 days. While we worked through the legislative process, we also built the technical backbone of the system, the EU gateway, which is live since June 1,” the Presidents said.

The EU Commission first brought forward the proposal for the establishment of a document that would make it possible to restore the freedom of movement in the block in mid-March this year.

After it went through the EU procedures, the Regulation has finally been approved, and 13 member states have already connected to the EU gateway and started issuing COVID-19 passport to their citizens.

“The EU Certificate will again enable citizens to enjoy this most tangible and cherished of EU rights – the right to free movement. Signed into law today, it will enable us to travel more safely this summer. Today we reaffirm together that an open Europe prevails,” the Presidents said during the ceremony.

Upon the official signature today, the Regulation will become effective on July 1, and the Member States are obliged to start issuing the first certificates within six weeks if they haven’t done so by then.

Bulgaria, Czechia, Denmark, Germany, Greece, Croatia and Poland started issuing the first passports on the very first day of this month, June 1. Six other countries – Austria, Estonia, Latvia, Lithuania, Luxembourg, and Spain – have issued the first passports to their citizens in the days following.

The rest of the EU and Schengen Area countries, except for Hungary and Finland, which are still in the test phase, are technically ready to connect to the EUDCC gateway.

The certificate is being issued to travellers who have been vaccinated with one of the vaccines approved by the European Medicines Agency, those who have recently recovered from COVID-19, as well those who test negative for COVID-19.

According to the Regulation, the Member States are advised against imposing any extra travel restrictions in those holding such a document, unless in cases when the additional measures are a must in order to safeguard the public health.

The Regulation is set to remain in effect until June 31, 2022 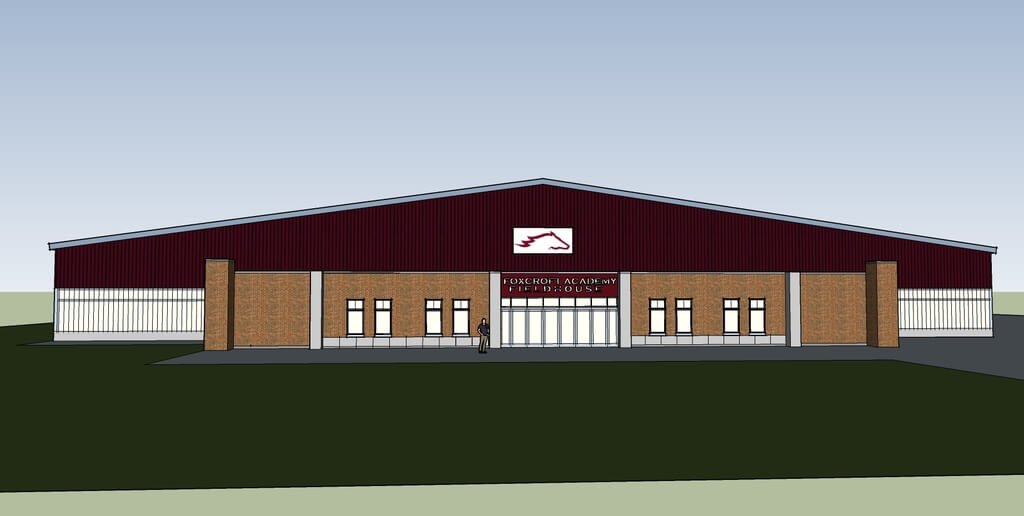 “Eliminating travel and in-person meetings really impacted us but slowly it’s picking back up,” he 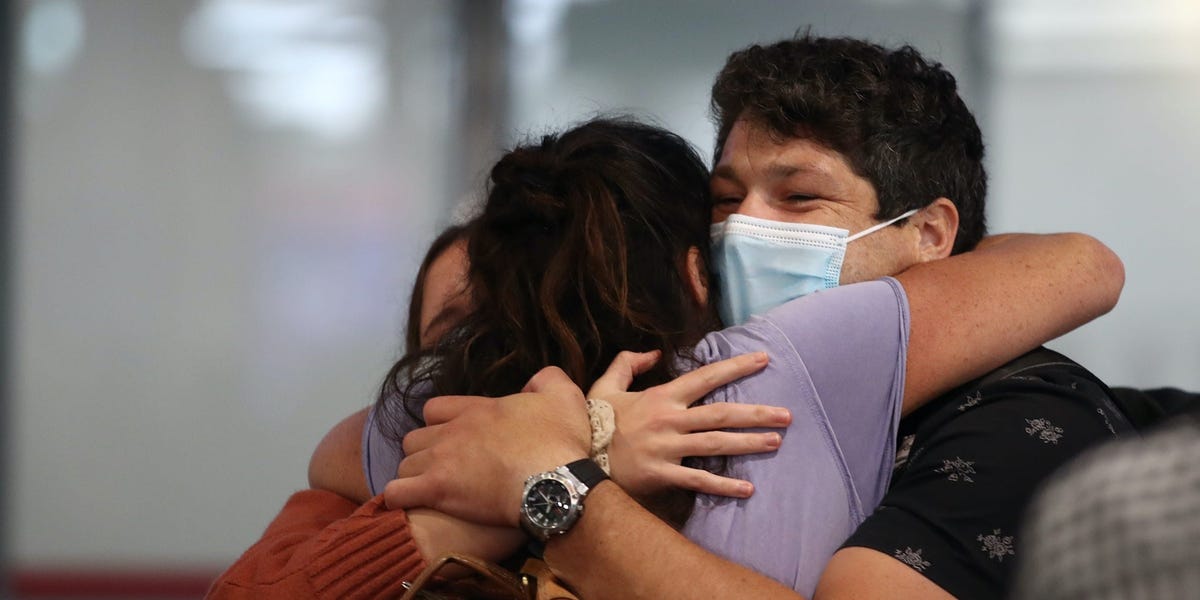 Starting Monday, residents can travel between the two countries without a mandatory quarantine. They will still be required to wear face masks on the flight and follow coronavirus rules on the ground.

The travelers on the first flight to land in Auckland arrived to a joyous and emotional scene.

According to the Guardian journalist Michael McGowan, who was on board the first flight of the bubble to land in Auckland, the first arrivals were met by crowds of people waiting to greet their loved ones, cameras everywhere, and an acoustic band singing “welcome home, welcome home, welcome home.” The emotional reunions were “genuinely very touching,” McGowan wrote.

At Sydney’s international airport, a group of drag queens with gold balloons and signs welcomed Kiwis to Australia, according to Reuters photos.

Both Australia’s and New Zealand’s borders are still closed to tourists from all other countries. In both countries, returning citizens and permanent residents must undergo a pre-departure COVID-19 test and a 14-day quarantine.

Ardern announced the travel bubble in a press conference two weeks ago while also warning the bubble would be “flyer beware,” meaning New Zealand would not assist any travelers who get stuck if either country reimposes a lockdown.

The travel bubble hinges on both countries keeping the virus at bay. If a case is detected that either country believes is not easily contained, the bubble will be suspended, Ardern said during the announcement. If either country reports multiple cases, flights between the two countries will stop.

Both countries’ borders have been essentially closed to non-residents for over a year, and both have kept their COVID-19 outbreaks under control. New Zealand has reported a total of 2,239 cases and 26 deaths, and Australia has reported 29,505 cases and 910 deaths.

Residents can now travel back and forth between the islands without a mandatory quarantine – but they must follow strict rules.

Before leaving their country of residence, travelers are required to arrive at the airport 5.5 hours early to take an on-site COVID-19 test, according to CNN. And once they arrive in the other country, they must travel in government-approved tour groups, stay in approved hotels, and follow specific approved itineraries to avoid contact with locals.

The first flight of what Palau calls a “sterile corridor” left Taipei on April 1. The travelers from Taiwan were greeted by Palau President Surangel Whipps upon arrival in Palau.


Both Taiwan and Palau have successfully contained the coronavirus. Taiwan has reported 1,047 cases and only 10 deaths, while Palau has reported zero cases.

Taiwan, a disputed island that China claims as its own territory, is only recognized by 15 countries and territories – including Palau – meaning that most of the world would not view this travel bubble as one between two independent nations.

© Google Maps
The flight between Taiwan and Palau is about 3.5 hours. Google Maps


Taiwan’s and Palau’s tourism boards did not respond to Insider’s request for more details on the travel arrangement.

Countries around the world have attempted different versions of quarantine-free travel bubbles to revitalize their economies in the pandemic, but not all have been successful.

In September, a European travel bubble between neighboring Estonia, Latvia, and Lithuania was dissolved after three months when Estonia had a new outbreak. In November, Singapore and Hong Kong nearly launched a bubble but postponed the plan at the last minute after cases started to rise in Hong Kong. For months, Singapore has allowed tourists from Australia, Brunei, mainland China, New Zealand, and Taiwan into the city-state without quarantining, but those places have not reciprocated.

The spring of 2021, however, seems to be bringing a renewed optimism in travel bubbles as vaccinations ramp up in many countries.

Despite the restrictions of the Taiwan-Palau travel corridor, many tourists returning to Taiwan said they were happy with the experience and thrilled to be able to travel after so long, according to Focus Taiwan.


On Tuesday, Australia and New Zealand announced they would be launching a travel bubble on April 18. New Zealand