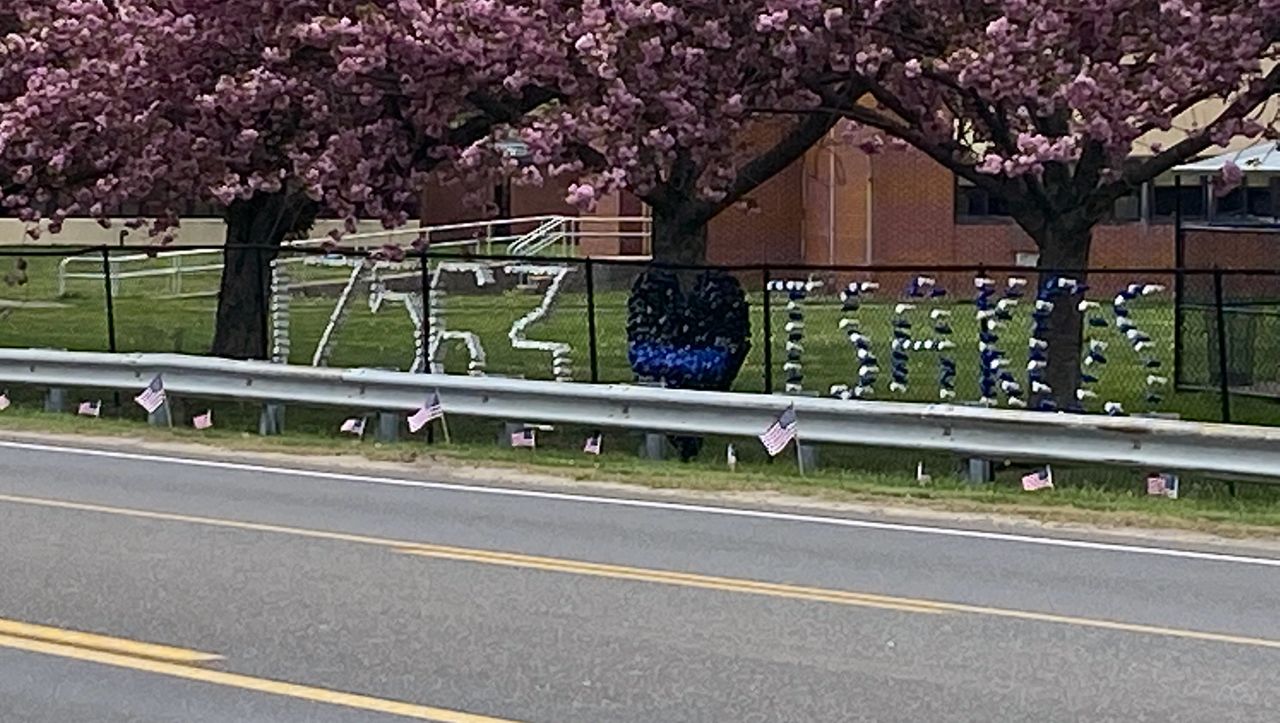 Before visitation services were held on Monday for 43-year-old NYPD Officer Anastasio Tsakos, his body was taken by NYPD motorcade from Queens to Long Island.

Members of the NYPD led the procession, which was the first one since the coronavirus pandemic began.

Other first responders, including firefighters, stood along the route to pay tribute to Tsakos.

Tsakos was killed in the line of duty last week. He was struck by an alleged drunk driver while directing traffic following another unrelated crash along the Long Island Expressway that had taken place hours earlier.

Pappas said when Tsakos was in training to become a member of the NYPD, Tsakos joined the NYPD’s St. Paul’s Society, a fraternal organization for officers of the Eastern Orthodox Christian Faith.

“He helped me personally. He helped other people, very quietly in the background. He wanted zero recognition for it. He just wanted to be there for his friends and family. And that’s why it’s such a potent loss,” said Lt. Pappas.

Tsakos was a member of the NYPD’s Highway Patrol unit, as a result a number of NYPD Highway officers participated in Monday’s procession which ended at St. Paraskevi Greek Orthodox Church in Suffolk County.

Pappas said that Officer Tsakos attended the church and lived in the area with his family.

On the way to the church, there was a silent tribute to Tsakos from the Long Island community he called home.

Blue ribbons were tied to trees lining the streets in front of a nearby high school, and his last name and shield number were emblazoned on a fence across the street.

“He was a good guy. He didn’t deserve this. Nobody deserves this, but especially him,” said John Mastoras, who said he was a family friend and knew Tsakos for 16 years. “He left behind two kids, a 6-year-old daughter and 3-year-old son.”

Visitation for Tsakos was held over a seven-hour period in order to allow as many people who wanted to attend to come amid current COVID-19 restrictions.

With religious gatherings still limited to