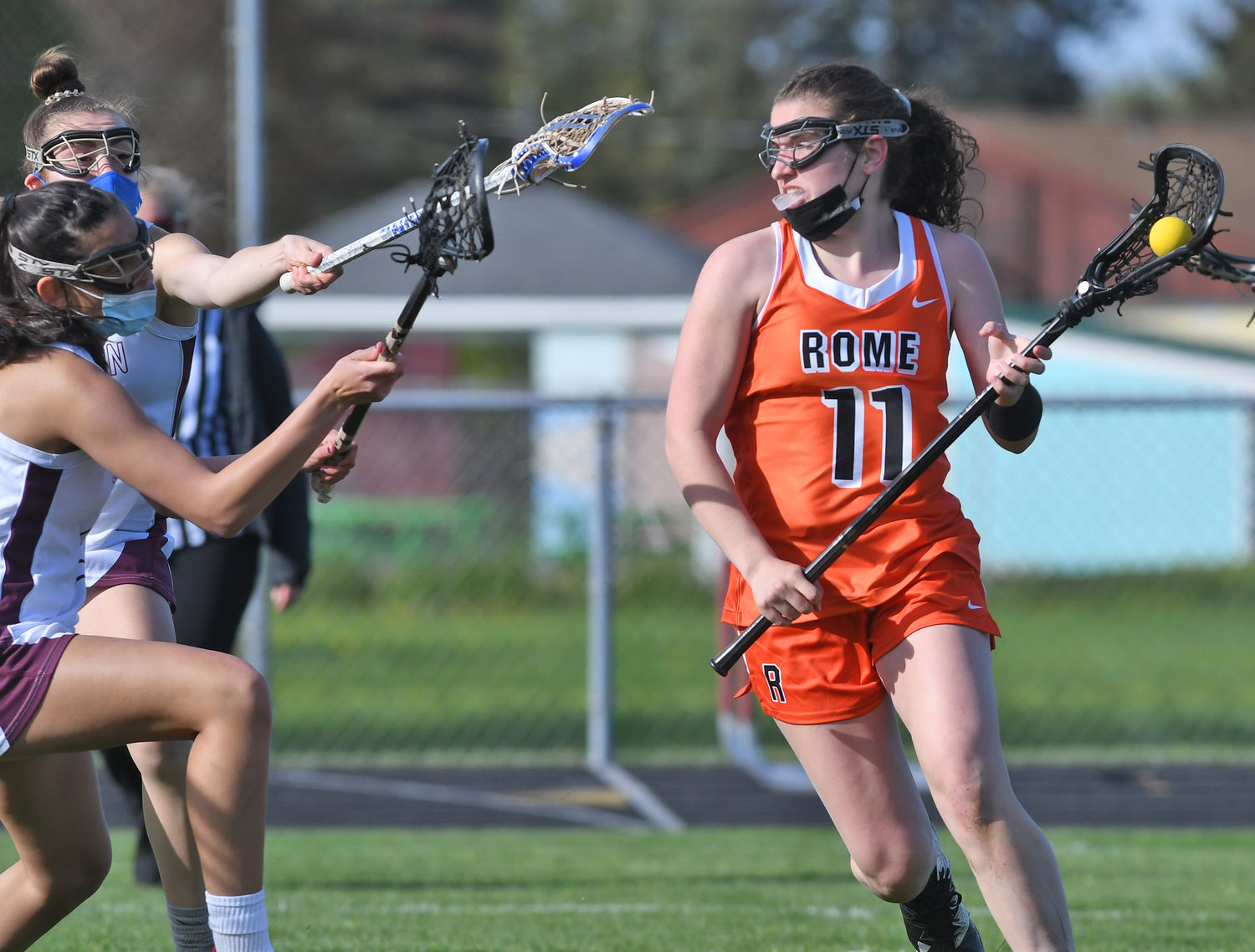 In goal, Alana Iacovissi made seven saves for the 4-0 Black Knights.

In goal, Angelina Borowiec made three saves for the 4-1 Warriors.

Kerrigan Crysler threw a complete game shutout for Oneida in a 3-0 win at home against Vernon-Verona-Sherrill in a Tri-Valley League matchup Thursday.

Oneida improved to 2-1, 2-0 in the TVL. The team will participate in the Mary Testa Softball Tournament Saturday at Union-Endicott.

Brooke Musch hit four homeruns and drove in 11 runs in Camden’s 27-1 win at South Jefferson Thursday that was stopped after five innings with the mercy rule.

On the mound for Camden, Ryleigh Johnson threw all five innings, allowing two hits and walking four while striking out four.

The Blue Devils will travel to Central Valley Academy at 2 p.m. Saturday.

The Bulldogs scored three in the third, and Clinton responded with two to make it 3-2. But Westmoreland exploded for 10 in the fourth.

Westmoreland is 2-0. Clinton falls to 1-1. The teams were set to square off again today, this time at Clinton.

Jared Hussey and Noah Hammon scored for the Black Knights.