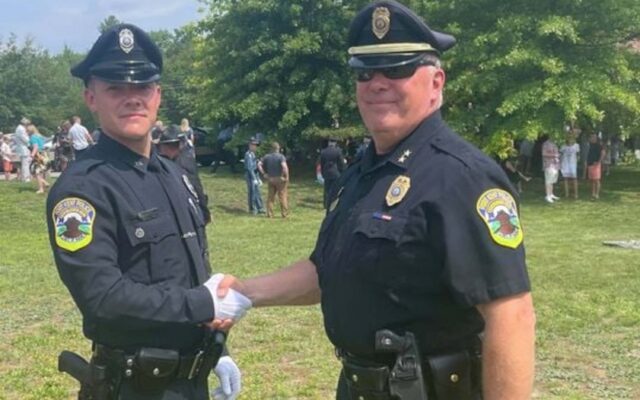 “My goal has always been to serve and protect the citizens of my community and I will continue to do so as time goes on,” Pelletier said. “Helping people through some of their worst times is a rewarding feeling.”

Being away from home for nearly four months was not easy, but was a worthwhile sacrifice due to the valuable training he received, Pelletier said.

The Academy consisted of three weeks of online training from home, followed by 15 weeks of in-person training at the Vassalboro Academy. Pelletier, who has a young daughter, would travel to Vassalboro each Sunday night to train during the week, and return home on Friday nights.

“I would say the hardest thing about the Academy was leaving Sunday night, especially the latter half of the program,” Pelletier said. “I knew the 15 weeks was a small snapshot in time for what I would get in return throughout my career. The training is excellent and necessary for a safe, enduring career in law enforcement.”

“The most challenging portion of the training was the mental demands that it requires,” Pelletier said. “The beginning few weeks are extremely challenging, both mentally and physically, but I knew in the end it would be well worth it. At first I anticipated my age being a factor, however I think it allowed me the mental ability to push forward.”

“The training teaches you to be aware of your surroundings as a police officer and to really never let your guard down, especially in today’s society,” Pelletier said. “The ability to physically protect yourself and others is a skill I learned at the Academy that I will forever carry with me in my career.”

Officer Pelletier’s parents, Owen and Lisa Pelletier, attended their son’s graduation ceremony in Vassalboro, as did other family members and friends.

“Cole serves this town with honor,” Chief Pelletier said. “He has been an integral part of this organization and he is certainly a valuable 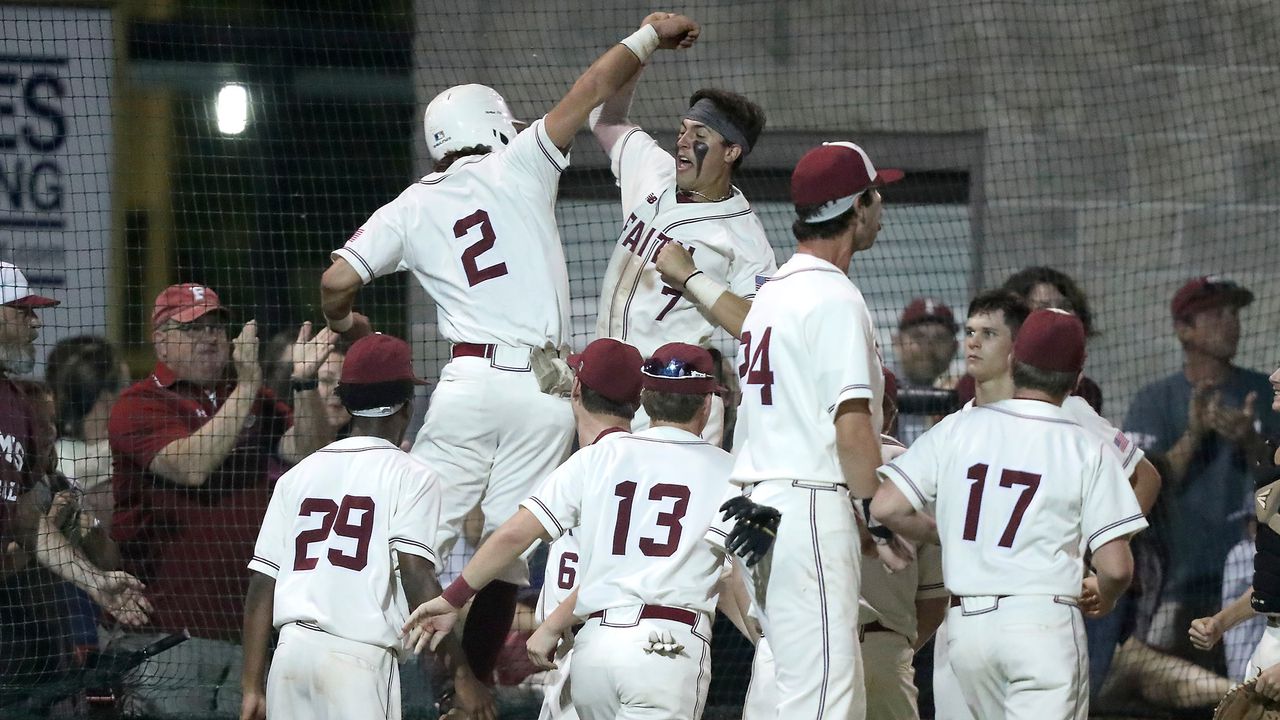 Faith Academy senior Cole Berry needed to see exactly one pitch to erase the memory of an error that could have ended his career with the No. 1 Rams.

As a result, Faith Academy now advances to the third round of the Class 6A playoffs with a 6-5 win over Helena.

Facing the state’s No. 2 team in the deciding third game of the series, Faith raced to a 3-0 lead after four innings. But the Huskies exploded for four hits and five runs in the top of the fifth to take a 5-3 lead. The key blow was a bases-clearing double by junior Ryan Storey that drove in three runs. The outburst was also aided by an uncharacteristic dropped fly ball in right field by Berry.

The bottom of the fifth began with two singles, which brought Berry to the plate. The first pitch he saw was a curveball, which he crushed over the right-field fence for a three-run homer.

“That error was in my mind when I came up to bat,” Berry said. “I knew that if the first pitch was in the zone I was going to swing as hard as I could and see what happened.”

Faith reliever Jaden Brown was dominant over the last two innings to pick up the win. Three of the final five outs came on strikeouts, including a tantalizing breaking ball that was called for a third strike to set off a victory celebration.

Faith Academy (28-5) won the final two games of the series after falling 2-1 in Game 1 Friday. The Rams will now travel to Tuscaloosa to face Hillcrest in the third round.

The season comes to an end for Helena, which finished 26-9.

“I’m proud of how this team played all year, but I’m even more proud of how these guys set the standard for our program on and off the field,” said Helena coach PJ Guy.