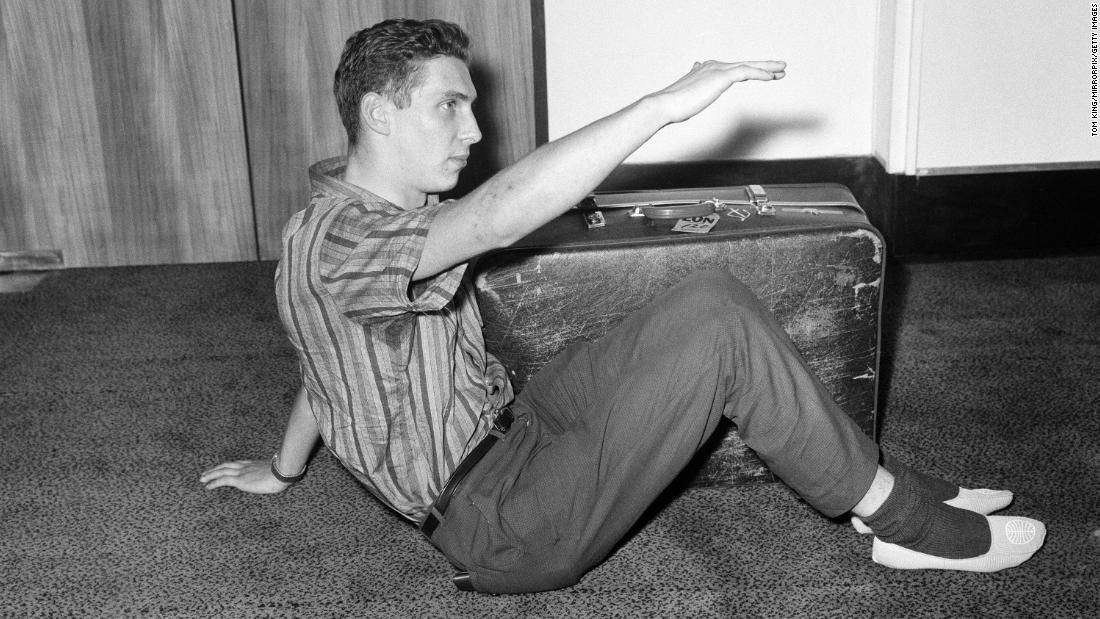 (CNN) — He’d only just arrived in Australia from Wales, but teenager Brian Robson quickly realized that he’d made a big mistake by emigrating to the other side of the world.

Unfortunately the homesick 19-year-old didn’t have the money to cover the cost of abandoning the assisted passage immigration scheme he’d traveled with in 1964, as well as his return flight home.

After realizing his options were pretty limited, Robson, from Cardiff, hatched a plan to smuggle himself onto a plane in a small box and travel back in the cargo hold.

Now, over 50 years after the extremely risky journey that saw his picture splashed across newspapers around the world, Robson is hoping to track down his old friends John and Paul — two Irishman who nailed down the crate and sent him on his way.

“The last I spoke to John and Paul was when one of them tapped the side of the box and said ‘You OK,'” he tells CNN Travel. “I said ‘yes’ and they said ‘Good luck.’ I’d love to see them again.”

Thinking inside the box

A Pan Am service representative examines the crate that Brian Robson was found in back in 1965.

A year or so before he decided to mail himself home, Robson had been working as a bus conductor in Wales when he applied for a job on the Victorian Railways, the operator of much of the rail transport in Australia’s Victoria state at the time.

Shortly after his 19th birthday, he took a long plane ride across the world to start his new life in Melbourne, passing through Tehran, New Delhi, Singapore, Jakarta and Sydney.

“It was one hell of a journey,” Robson admits. “But it was better going than coming back.”

When he arrived in the Australian city, the Welshman discovered that the hostel he’d been allocated was “this rat infested hole.”

Although he hadn’t even started his job yet, Robson decided there and then that he didn’t want to stay in Australia.

“Once I’d made my mind up, nothing was going to change it,” he adds. “I was adamant I was coming back [home].”

He says he worked for the rail operator for around six or seven months before quitting both the job and the hostel.

Robson spent time traveling through the outback of Australia before returning to Melbourne and landing a job in a papermill.

However, he never adjusted to life down under and was still determined to leave. But there was the small matter of paying the Australian government back the fee for his flight over, and he’d also need to raise the cash for his flight home.

Feeling frustrated, Robson decided to walk to the hostel that he’d originally stayed in to see if anything had changed. It was there that he