SEOUL, June 8 (UPI) — South Korea is aiming to open travel bubbles this summer with countries including Singapore and Thailand, as well as the U.S. territories of Guam and Saipan, officials said Wednesday.

The country will waive its mandatory 14-day quarantine requirements for international tour group visitors from countries “that have secured mutual trust on their capacity to prevent and control COVID-19,” a joint statement from the ministries of transport and tourism said.

“This initiative is expected to trigger the resumption of international tourist flows in the transition period before forming herd immunity in connection with the rising vaccination rate in Korea,” the statement said.

During an inter-agency meeting on Wednesday, South Korean Prime Minister Kim Boo-kyum said the country would allow group tours to start “as early as July” for those who have been vaccinated and test negative for COVID-19 when entering and leaving the country.

After facing criticism earlier this year for getting its inoculation program off to a slow start, South Korea has seen its vaccination rates rapidly pick up over the past month.

Health officials are aiming to have up to 14 million people, more than a quarter of South Korea’s 52 million population, receive their first shot by the end of this month, a higher figure than previously scheduled. The government’s target is to vaccinate 70% of the population by September and reach herd immunity by November, but officials have said these goals may come earlier with faster rollouts.

“I can say that every part of our inoculation plan — importing vaccines, scheduling shots and administering doses — is proceeding seamlessly, better than planned,” South Korean President Moon Jae-in said in a speech on Monday.

The government is looking to open travel bubbles with Singapore, Taiwan, Thailand, Guam and Saipan, with “plans to elevate the discussion to reach agreement soon,” the ministry statement said.

“We hope the implementation of a safe and secure travel bubble initiative will serve as an opportunity to facilitate the recovery of Korea’s tourism and aviation industries post-COVID-19,” an unnamed official was quoted as saying in the statement.

South Korea saw international arrivals plummet by more than 85% last year, from around 17.5 million in 2019 to 2.5 million in 2020, according to data from the Korean Statistical Information Service.

On Tuesday, the U.S. State Department dropped its travel advisory status for South Korea to its lowest level, citing the low prevalence of COVID-19 cases in the country. The Level 1 travel advisory indicates that visitors should “exercise normal precautions.”

Those who have received a first COVID-19 vaccine dose in South Korea have been exempted from an eight-person limit on family gatherings and will be allowed to remove their masks outdoors starting in July.

Wed Jun 9 , 2021
CHICAGO (WLS) — There’s hope COVID-19 travel restrictions will soon be eased between the U-S and Canada. Both countries are restricting who can travel across the border, despite growing vaccination rates. It all comes as the White Sox play the Toronto Blue Jays Tuesday night during a during a big […] 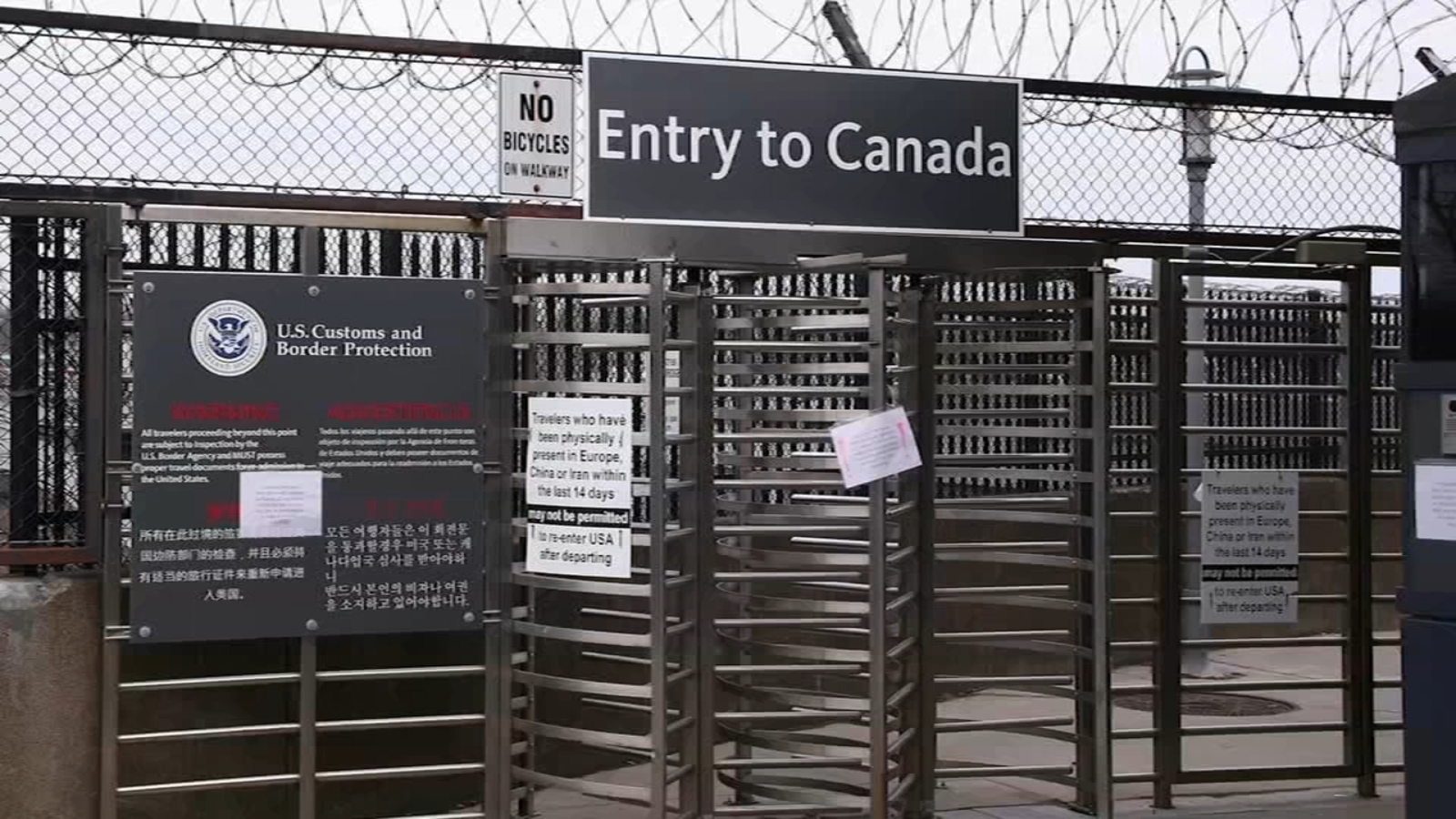