The Paychex | IHS Markit Small Business Employment Watch, compiled from aggregated payroll data of approximately 350,000 clients on the Paychex human capital management (HCM) suite, is out with the latest numbers. The Small Business Jobs Index increased 4.33 percent from March to 98.34 in April, a positive indicator of job growth returning to pre-pandemic levels. The increase is in part driven by the comparison period of one year ago (detailed below). Each region, state, and metro area analyzed in April 2021 saw employment gains. The South leads all regions at 99.42.

“A return to full employment is not complete. However, the Small Business Jobs Index returned to its pre-pandemic peak, seen in February 2020,” said James Diffley, chief regional economist at IHS Markit. “We’re encouraged by the progress in job growth we see in the April numbers.”

“The country has been waiting for a significant increase in job growth since this time last year—and April delivered. Many businesses are finally able to resume regular operations with the onset of vaccine availability for all U.S. adults,” said Martin Mucci, Paychex president and CEO. “The significant growth seen in the leisure and hospitality industry, over the last two months, will only accelerate with the upcoming financial relief available by the Restaurant Revitalization Fund grants made available this week by the SBA.”

The complete results for April, including interactive charts detailing all data at a national, regional, state, metro, and industry level, are available at www.paychex.com/watch. Highlights are available below. 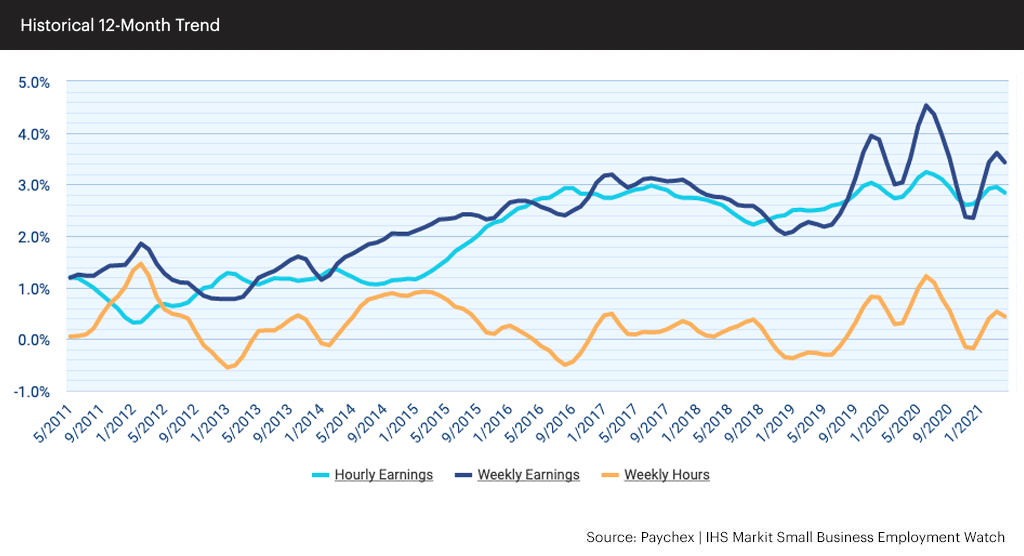 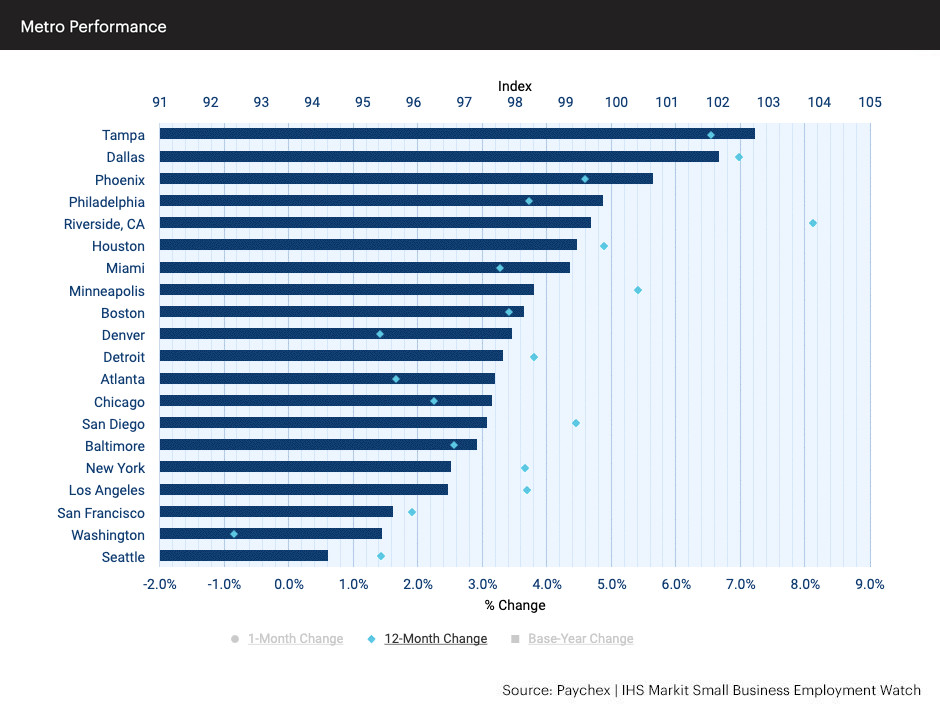 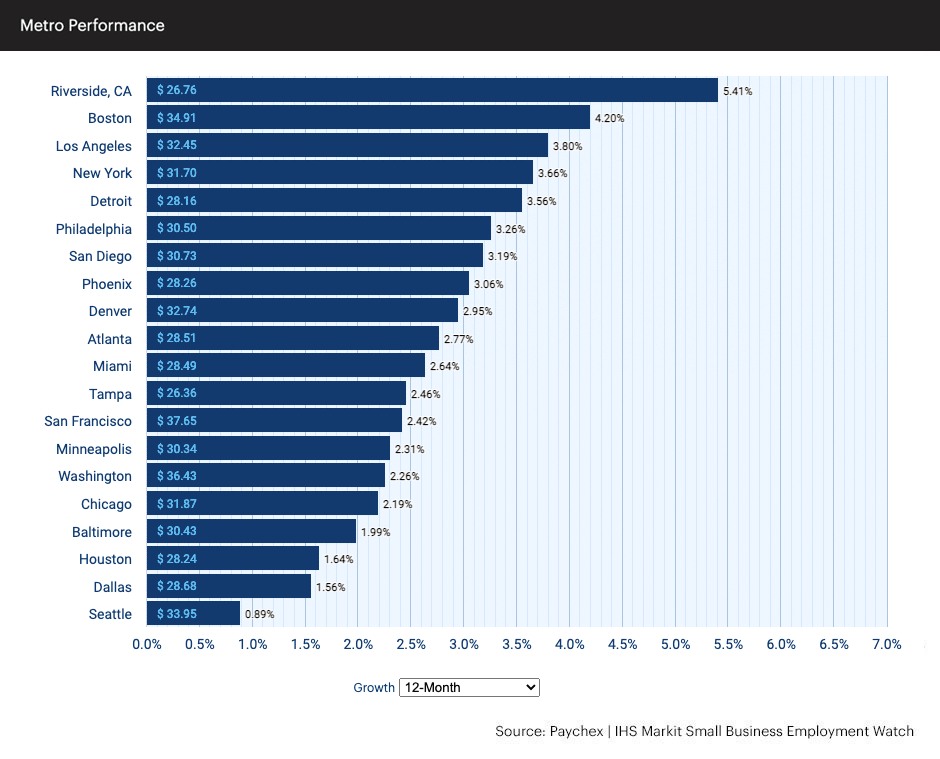 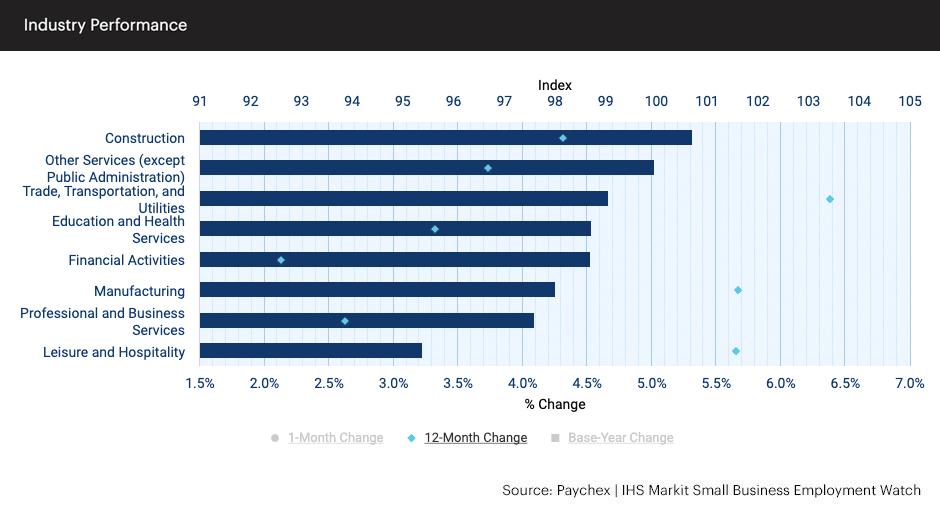 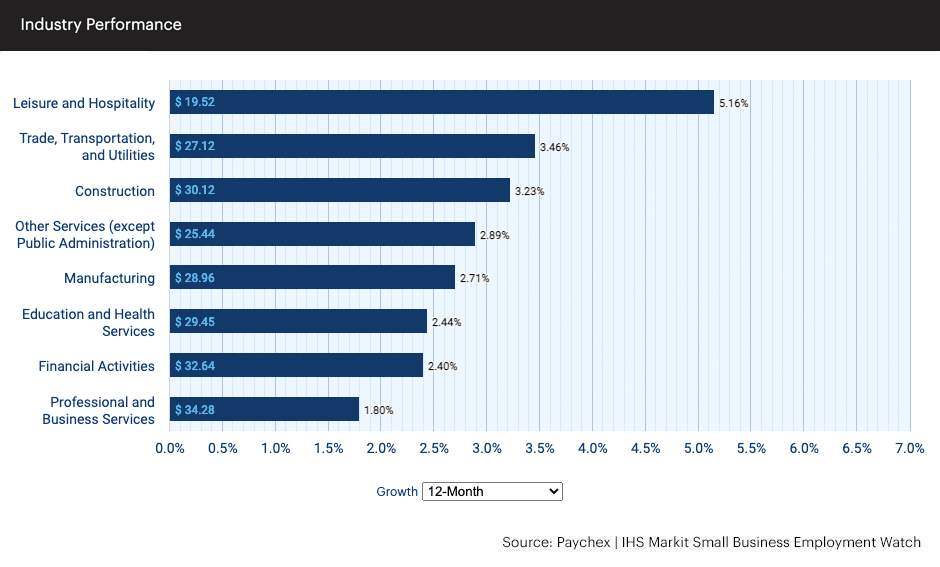