It was nearly 17 years ago when Tommy Breen decided to run away and join the circus.

Maybe not exactly the circus, but he’s been in the carnival business, entertaining crowds with magic and comedy, a long time. His Texas Tommy’s Wild West Revue and World of Wonders are appearing for the first time at the North Dakota State Fair. Both on Stage 8, World of Wonders has shows at 12:30 p.m, 3:30 p.m. and 6:15 p.m. The Wild West Revue repeats at 2:15 p.m. and 5:15 p.m. each day of the fair.

Breen is a New Jersey native, whose base now is in Florida. However, he informs his audiences that he did spend a year in Texas to qualify for the Texas Tommy title.

Always wanting to travel, Breen began considering his other travel career options when his stint with a band didn’t work out. He said to himself, “People run away and join the circus, right? I’ll just do that.”

“Once I had that idea I was like, ‘Yeah, I think I really would like to do that,’” he said. “I quit my job. I sublet my apartment. I thought I’d do it for a year, just to say — ‘At one time I joined the sideshow.’ And I loved it so I just stayed.”

Jill Schramm/MDN
Luella Lynn shows off her lasso skills during the Wild West Revue on Stage 8.

After attending the Coney Island Sideshow School, he joined World of Wonders, a highly rated, long-time show run by Ward Hall, known as king of the sideshows. Breen joined as a sword swallower.

World of Wonders was where he received his real education in the sideshow business, he said. He eventually came in as a partner and in 2017 became sole owner. He added the Wild West Revue, which is in its third year.

The show generally tours from March through October, although COVID-19 put things on hold last year and the restart has been gradual.

Breen said he spent last year at home training his pig, Rosie, to do new tricks in the Wild West Revue. Rosie, who has become the hit of the revue, came to Breen as a piglet.

“I just fell in love with her,” he said. “I don’t know how it fits into the Wild West, but when you see her with the cowboy hat, it makes sense to me.”

Even if it is an off day for other performers, Rosie can save the show, Breen said. Rosie also can be a diva and decide not to perform to her potential, though, he said.

“She only does what she wants to do. I make a suggestion and give her a treat,” he said.

He admits Rosie has him more trained than he has her trained.

He tells of trying to teach Rosie that she was to go outside when she heard him ring a small bell by the door. She refused to go out. Breen gave up. Then early one morning, from his bedroom he heard the bell ring. It was Rosie, letting him know it was time for him to let her out.

“Now every morning that’s my alarm clock and whenever she wants to go out, she rings that bell,” he said. “She’s so smart.”

The World of Wonders has 10 skilled or magic acts. At the State Fair, the acts include the electric woman, strong woman, guillotine, fire eating, human blockhead and sword swallowing.

Although experienced in the sideshow business, two of the performers are with the show for the first time this year, Breen said. Luella Lynn is a newer performer, having changed careers after working as a dietitian, but she has been with the Wild West Revue and World of Wonders for about five years.

The 2021 State Fair is his first trip to North Dakota, Breen said. The show’s primary audiences are on the East Coast and in the Midwest, although the show sets no limits and has traveled as far as California. Breen and his crew traveled four days from Florida to get to Minot and will be aiming to get to Niagara Falls in two days once the fair ends.

“I got into it for the travel and that’s why I stay in it. I meet so many great people. I get to see so many places,” Breen said. The rewards also come at showtime in the reactions of the audiences.

“It’s not a super glamorous job,” he said. “But the feeling I get – I don’t want to do anything else. This is all I’ve wanted to do, and I love it.”

Hannah and Joseph Landry of Stanley run Escape Goat Events and have a mobile escape room in a 20-foot trailer and other puzzle games people can rent for different parties and community events.

Andrea Johnson/MDN
People line up during Pride of Dakota Day for a $1 hot dog lunch sponsored by the ND Ag Department. Proceeds will go to support the State FFA.

Jill Schramm/MDN
Luella Lynn shows off her lasso skills during the Wild West Revue on Stage 8.

Andrea Johnson/MDN
Sue L. Hamilton of Minot is an author and motivational speaker who had a booth set up at the Pride of Dakota Day on Monday at the North Dakota State Fair.

The Biden administration has released nearly $1.24 million to support rural health clinics in North Dakota with …

Cody Carl Degenstein, 32, Velva, is charged in district court in Minot with burglarizing a home that belonged to a …

If you enjoy hot weather, today should be your kind of day. Or perhaps tomorrow or the remainder of the week. … 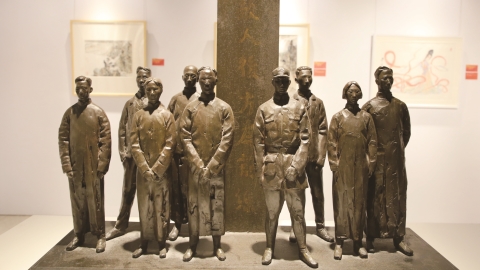