Lithuania’s Golden Lion-winning performance at the 2019 Venice Biennale, which drew snaking lines around the pavilion, is going on a world tour.

Sun & Sea (Marina), a poignant live performance that sees opera singers and volunteers sing songs that address our delicate relationship to the planet, will travel to the U.S. after its showing in Berlin this weekend.

The performance will premiere at the Brooklyn Academy of Music from September 15 to 26. (Tickets go on sale July 27.) After its New York run, the production will tour Arcadia Exhibitions in Philadelphia, the Momentary in Bentonville, Arkansas, and the Museum of Contemporary Art, Los Angeles, ARTnews reported. (Dates beyond New York have yet to be confirmed.)

The collaboration between Rugilė Barzdžiukaitė, Vaiva Grainytė, and Lina Lapelytėm, struck a chord with the public as they looked down from a balcony to watch performers stretch out on an artificially sandy beach, bake in fake lights, and sing harmonies about their mundane existences, which the pavilion’s curator Lucia Pietroiusti described as “songs of worry and of boredom, songs of almost nothing.”

Only slowly does the reality of climate change set in for the viewer, as a wealthy mother brags about seeing the “bleached, pallid whiteness” of the Great Barrier Reef and a young man complains that it did not snow on Christmas, and instead “felt like it could be Easter.”

Co-Artistic Directors, Helen Turner and Pablo Wendel with their dog Coal in the Bauhaus swimming hall, which will be the location of the Sea & Sun performances in Berlin this weekend. © Lukas Korschan for The FACE.

The performance is likely to resonate even more after the pandemic, a time when our anxieties about natural calamities reached a fever pitch and immersive performances were impossible to stage.

The Berlin chapter, set to take place July 17 and July 18 at an abandoned Bauhaus swimming pool outside of Berlin, sold out in two days. (Walk-ins may be accommodated, organizers say, but there are no guarantees.)

“It’s been two years in the making, and after four postponements, it’s completely surreal that its finally happening,” said Helen Turner, the director of E-Werk Luckenwalde, which is organizing the event. “The piece is powerful, especially in the location we have, an abandoned swimming hall, which speaks to ecological catastrophe and increasing feelings of fragility and vulnerability.”

While 5,000 people normally would have been able to attend, social-distancing restrictions will limit that number to 1,500. Masks must be worn on site.

The performance is well-suited to the E-Werk location—an arts center that doubles as an electrical power station, fueling both the surrounding area and its own art projects.

But even with clean energy, the production is… quite the production. For just two days, it cost €130,000 (around $153,500) to get off the ground, according to Turner, and involved 60 performers and cultural workers (not to mention tons of sand, which was carted in from nearby). Organizers in Venice estimated the original version cost $3 a minute to stage.


Want to stay ahead of the art world? Subscribe to our newsletter to get the breaking news, eye-opening interviews, and incisive critical takes that drive the conversation forward.

Fri Jul 16 , 2021
Massachusetts’ total unemployment rate is down one-tenth of a percentage point at 4.9% following a revision to the May unemployment rate of 5%t, the Executive Office of Labor and Workforce Development said Friday. Massachusetts gained 9,400 jobs in June. This follows last month’s gain of 9,200 jobs. Over the month, […] 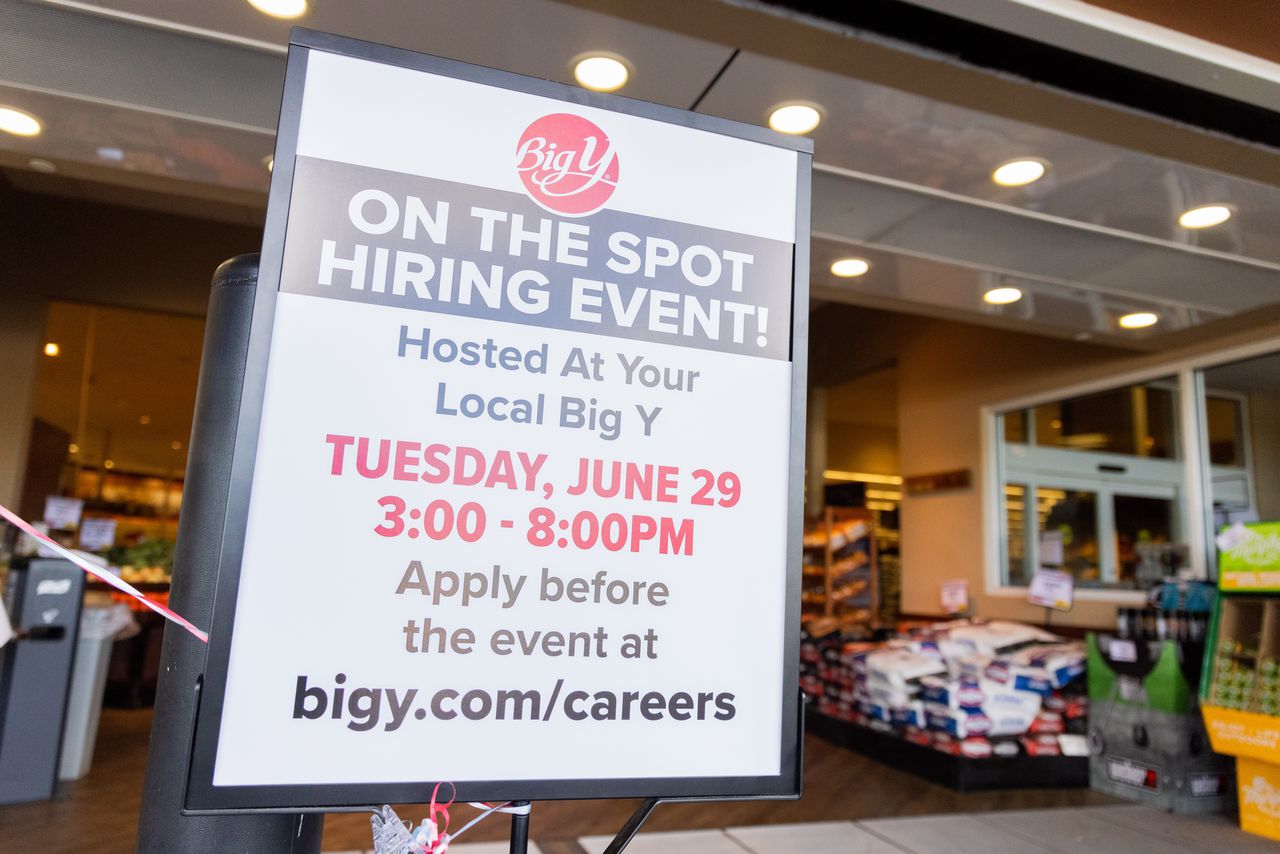