Three weeks ahead of the 93rd Academy Awards ceremony, did Sunday night’s 27th SAG Awards ceremony offer us any clues about who will wind up holding an Oscar?

SAG Award winners are chosen by the entire membership of SAG-AFTRA, the world’s largest union of actors, comprised of about 160,000 members. Academy Award winners are chosen by the entirety of the Academy of Motion Picture Arts and Sciences, an organization of 9,395 people from every facet of the film industry, 14 percent of whom are actors and, in most cases, presumably belong to SAG-AFTRA. So yes, there is some overlap.

But a major difference between the two is that the top prize at the Academy Awards is best picture, whereas there is no prize of the same name or meaning at the SAG Awards. Consequently, some SAG Awards voters to treat the best ensemble SAG Award as a way of recognizing what they believe to be the best film, whereas others use it as a way to recognize what they believe to be the most cohesive large cast, two very different things.

This year, for example, Nomadland has won nearly every best picture prize en route to the Oscars, but was not even nominated for best ensemble SAG Award, quite possibly because only one member of its cast, Frances McDormand, has a sizable part. In any event, with Nomadland sidelined, there was an opening for one of its seven fellow best picture Oscar nominees to gain some attention, and perhaps some momentum, on Sunday night, and that is precisely what The Trial of the Chicago 7 did by winning that award.

But in each of the four decades in which the best ensemble SAG Award has been around, it was just about the only Oscar precursor award that predicted a huge best picture Academy Award upset. See: 1998’s Shakespeare in Love, 2005’s Crash, 2015’s Spotlight and 2019’s Parasite. So this is certainly encouraging news for Trial (and, by the way, for its scene-stealer Michael Keaton, who, as part of its cast, and having previously been part of the Birdman and Spotlight casts, just became the first three-time winner of this category).

Of course, there is a very clear understanding of what is being recognized with each of the individual acting prizes at the SAG Awards, just as there is at the Oscars, which probably explains why they have had considerably more overlap. Last year, for instance, the same four performances were recognized at both shows, and not for the first time.

This is exciting news for Ma Rainey’s Black Bottom leading lady Viola Davis, who was the big upset winner on Sunday night, in the best actress category, over the likes of Promising Young Woman‘s Carey Mulligan and Nomadland‘s Frances McDormand, among others. (Davis looked as surprised as anyone to hear her name called, nearly falling off her seat!) Indeed, all but seven of the 25 previous best actress SAG Award winners went on to snag an Oscar, too!

The bad news: Davis herself was one of those seven (winning the best actress SAG Award for 2011’s The Help but then losing at the Oscars to The Iron Lady‘s Meryl Streep), and three of the other six had previously won Oscars (as Davis did for 2016’s Fences). So, at this point, I think it’s fair to say that the best actress race is truly wide open — and remember, the field at the Oscars will include the late-breaking Andra Day of The United States vs. Billie Holiday, who wasn’t even nominated for the early-voting SAG Awards!

More expectedly, Davis’ Ma Rainey costar Chadwick Boseman posthumously won the best actor SAG Award. Given that he has won all major awards to this point, and that only five of the 26 prior winners of the best actor SAG Award did not go on to win the best actor Oscar (one was nominated and won in the best supporting actor category, and three others already had Oscars at home), he is looking like a slam-dunk, unless the Academy’s growing international contingent unites behind Sound of Metal‘s Riz Ahmed or The Father‘s Anthony Hopkins.

Last year, the SAG Awards put the wind behind Parasite‘s sails by making it the first-ever non-English-language winner of the best ensemble prize, and this year it may have done the same thing for Yuh-Jung Youn, the star of another Korean-language film, Minari, by honoring her with its best supporting actress prize, which was widely expected to go to Borat Subsequent Moviefilm‘s Maria Bakalova or Hillbilly Elegy‘s Glenn Close. Only eight times has the best supporting actress SAG Award winner not gone on to an Oscar in that category — and twice it was because the eventual Oscar winner had been competing in the lead actress category at the SAG Awards.

Youn, a 73-year-old veteran who is known as “the Korean Streep,” and Bakalova, a Bulgarian breakout, are the only two best supporting actress Oscar nominees who are also nominated in the category at the upcoming BAFTA Awards, and if Youn wins that too it would solidify her as the Oscar frontrunner. But if Bakalova — or any of the other nominees — prevails, it will become anyone’s game.

Finally, Judas and the Black Messiah‘s Daniel Kaluuya continued his dominant march to the Oscars with a best supporting actor SAG Award to go with his previous Critics’ Choice and Golden Globe prizes. The wild-card at this ceremony was the presence of Boseman in the same category, for Da 5 Bloods. The fact that Kaluuya still prevailed bodes well for his prospects — although for the Oscar, unlike the SAG Award, he will be going head-to-head with his co-star LaKeith Stanfield, which could result in some vote-splitting. That being said, all but nine of the 26 prior best supporting actor SAG Award winners went on to win the corresponding Oscar.

New Zealand to open travel bubble with Australia on April 19 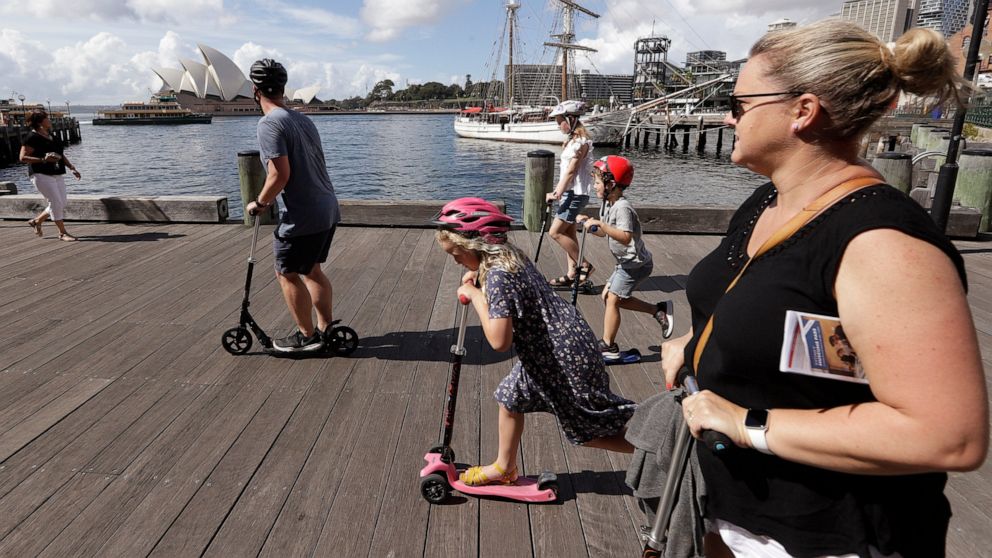