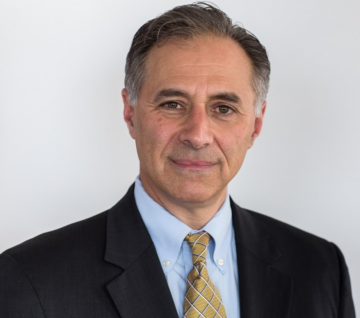 A new report outlines that the Rhode Island economy is on an upswing but trails the region and nation in terms of growth.

The report, the Rhode Island Current Economic Indicator Briefing for the first quarter of 2021, was released on Tuesday by the Center for Global and Regional Economic Studies at Bryant University and the Rhode Island Public Expenditure Council.

“We’ve come a long way from our economic freefall last spring,” commented RIPEC President and CEO Michael DiBiase, “but the Briefing reveals stubborn structural weaknesses that are slowing our recovery and make the Ocean State more vulnerable in the future.” “Policymakers should take note of weaknesses in the state’s industry mix and consider what policies may best spur economic development in high growth industries,” he continued.

The report outlines that employment in the construction sector has performed well, but “economic activity in leisure and hospitality is still severely constrained by the pandemic and job growth continues to be slow in this industry. Employment in leisure and hospitality increased 2.4 percent in the first quarter of 2021 and 3.2 percent in the fourth quarter of 2020. However, the sector employed 46,700 workers in March 2021, compared to 60,800 workers in February 2020.”

The report states that Rhode Island has not made up for job losses sustained at the beginning of the pandemic, but that it continued to see gains.

In Q1, the total number of jobs in the state increased by 0.8 percent over Q4 2020 (from an average of 461,000 jobs to 464,900 jobs), and the unemployment rate decreased from 7.7 percent to 7.2 percent. Employment grew in every industry sector in Q1, except professional and business services and information services. Construction and manufacturing both added jobs for the third quarter in a row. Though both the leisure and hospitality sector and the education and health services sector added jobs in Q1, employment levels in both sectors—among the largest employment sectors in the state—were still significantly lower than they were before the pandemic. Across all industry sectors, jobs in Rhode Island were 7.9 percent lower in March 2021 compared to February 2020 levels of 507,200. The nation has recovered jobs at a faster pace than Rhode Island, but the state is on par with the New England region in this regard.

General sales and gross receipt taxes, which stand as a proxy for aggregate state demand, also positively affected the CEI, increasing by 8.9 percent in Q1 and suggesting that consumption has helped drive the state’s economic recovery.

Tue May 18 , 2021
However, these projections are more likely to be impacted by the coronavirus pandemic which swept throughout the globe in 2020. Many health and fitness golf equipment have been closed for months on finish in an try and stem the move of the illness and gyms were left empty as people […]