Report: One-Third of NC Jobs Lost To COVID-19 Have Not Been Recovered 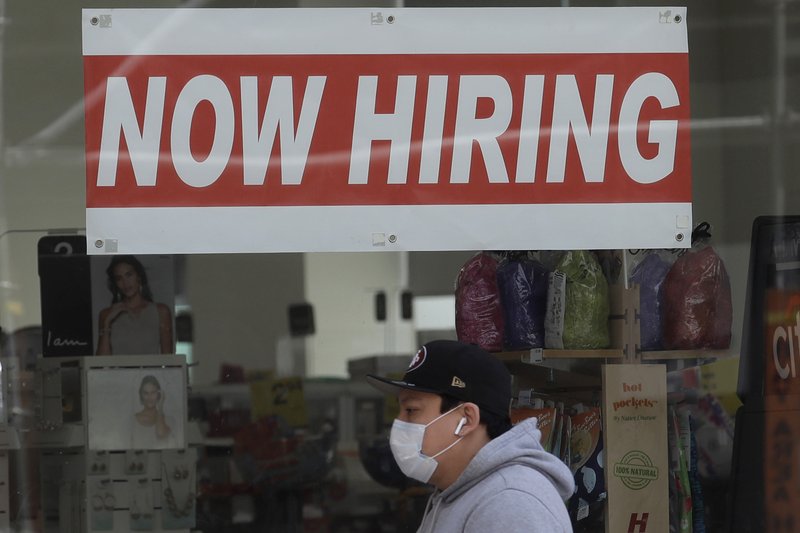 A year into the pandemic, North Carolina continues to experience sustained job losses and a slow recovery rate, with low-income employees and service sectors being hit the hardest.

From February of 2020 to February of 2021, the Durham-Chapel Hill area lost 15,400 jobs. Orange, Durham and Chatham County have all seen roughly a six percent decrease in employment since the start of the COVID-19 Recession.

In Orange County alone, more than 4,700 residents have lost employment since March. Of those losses, a vast majority stemmed from low-paying, service industry jobs.

“One in five jobs that pay less than $27,000 dollars a year are still gone in North Carolina,” said Patrick McHugh, the Research Manager for the North Carolina Budget & Tax Center. “So, it’s a lot of those jobs in leisure and hospitality, retail, food services – the types of occupations where it’s hard to deliver services in a socially distanced way – are still where we’re missing the most jobs.”

McHugh said North Carolinians are facing very distinct economic crises as different job sectors experience drastically different recovery processes. He said the COVID-19 Recession has illustrated a “K-shaped” recovery in the state, with highly paid workers bouncing back rapidly while many of the worst-paid workers experience long periods of unemployment.

Data through the end of 2020 shows that one-third of the jobs lost at the outset of COVID-19 have not yet been recovered.

“Unfortunately, it’s a lot of people that had the least financial cushion to fall back on that lost their jobs the most rapidly and are the slowest to recover them,” McHugh said.

Currently, Orange County sits at about a 4.5 percent unemployment rate – an improvement from the negative six percent employment change since start of the COVID-19 Recession.

Chapel Hill Mayor Pam Hemminger said Orange County is recovering at a decent clip after a strong outpouring of support from the community.

“Nationally one in 10 people are unemployed in our country, one in five are behind in their rent and one in 10 are behind in their mortgage,” Hemminger said. “But unemployment in Orange County is under five percent right now. We are bouncing back already faster than we did in the [Great] Recession. We learned a lot from the last recession, but there are still numerous people out of work, but we are doing better because we’re working together.”

While Orange County is bouncing back relatively fast, other counties are not faring as well. McHugh said the current rate of recovery per county during the COVID-19 Recession can be linked back to recovery efforts following the Great Recession.

He said nearly 50 of North Carolina’s 100 counties never got back to the number of jobs they had before the Great Recession by the time COVID-19 arrived – which in turn has exacerbated current recovery efforts.

“Places like Durham and Chapel Hill and Raleigh and Charlotte have recouped more of those initial losses than some of the other regional job hubs in our state – places like Goldsboro or Fayetteville or Hickory or Asheville,” McHugh said. “So that really raises the potential that some of those regional areas that are outside of the most affluent, metropolitan parts of the state were places where a lot of the counties around them had never actually recovered from the Great Recession.”

McHugh said economic harm stemming from the pandemic, which has only compounded since the Great Recession, has not been met with an adequate policy response from state legislators.

In nearly half of North Carolina’s counties, the number of people actively looking for work has grown by at least 50 percent since the start of the pandemic.

To help address these unemployment issues and pandemic hardships, McHugh said the state government needs to use the “billions of dollars of unrestricted money” that it has not appropriated over the past two years.

“So, when folks think about the needs that they see in their community, they should be demanding that our elected leaders in Raleigh use the dollars that we currently have sitting in the state’s bank account to address those immediate, pressing human needs so folks can get through the other side of this recession and we can speed up the recovery,” McHugh said.

Chapelboro.com does not charge subscription fees. You can support local journalism and our mission to serve the community. Contribute today – every single dollar matters.