Throughout his 20-year music career, the Grammy-winning rapper Residente has established a reputation for challenging the status quo through piercing lyrics, often considered controversial or uncomfortable, that make people question their preconceived notions and political views.

And with “This Is Not America,” his first single in over 18 months, the Puerto Rican performer does just that. He disputes the assumption that the term “America” refers just to the United States instead of two continents making up of 35 countries (23 in North America, 12 in South America) — including many Spanish-speaking ones.

“What it represents is that you live in a bubble and you don’t know what’s happening outside,” the artist added.

In collaboration with the French-Afro Cuban duo Ibeyi, Residente seeks to burst that bubble with a mix of thought-provoking lyrics and historical references, arguing that the American continent is rooted in a long history of colonialism and slavery, systems that have contributed to the erasure of the continent’s Black and Indigenous heritage.

While such systems are considered a thing of the past by many, the United States has exploited both in recent decades through its interventions across Latin America, a practice that has helped the nation co-opt the term “America” as its own, Residente said.

The song comes four years after musician Childish Gambino released “This Is America.” From Jim Crow to police brutality, Gambino’s track criticizes the oppression Black people in the United States face and questions the country’s promise of freedom for all.

Residente said his new song is not a diss to Gambino, adding he is actually a fan of his work. But after hearing that Gambino was using “America” to mean only the United States, Residente said his idea “was to complete the song by including the rest of the countries in the continent.”

This becomes particularly evident when Residente sings, “Gambino, my brother … this is America” and reminds him that “America is not just U.S.A., bro. This is from Tierra del Fuego to Canada.”

But even more piercing than the song’s lyrics is the music video that goes along with it.

A clip of “A Logo for America,” an animation art piece by the Chilean artist Alfredo Jaar in 1987, sets the tone for the message Residente seeks to convey in the video — which is similar to the one Jaar communicated decades ago.

Jaar’s 42-second animation sequence sought to challenge “the ethnocentrism of the United States, which habitually claims the identity of the entire American continent as its own,” according to the Guggenheim Museum.

The clip is followed by a dramatization of the gunshots that reverberated through the U.S. Capitol in 1954 when Lolita Lebrón led three other Puerto Rican nationalists on an attack on the House of Representatives to demand the independence of Puerto Rico, a territory of the United States.

The scene kicks off a collection of searing images of violent historical moments from the past and present that have defined the struggles of those living in Latin American countries.

“Five presidents in 11 days. That’s Argentina” during its 2001 crisis, Residente said. “Reporters that are killed or disappeared … It’s part of the history of the continent.”

Images of Zapatista women serve as a reminder of when the Mexican government ordered a crackdown on the predominantly Indigenous community in the 1990s out of fear that insurgency across these groups could threaten the ratification of NAFTA — a trade agreement between Mexico, Canada and the United States.

The United States expressed it support to then-Mexican President Ernesto Zedillo, who ordered the crackdown that resulted in countless human rights violations and deaths, and failed to condemn such acts at the time, according to Human Rights Watch. The international nongovernmental organization also said that in 1995 both countries were considering using “U.S. financial assistance” to train Mexican police, judges and prosecutors.

“What I was trying to do is to show the situations in which the United States had an intervention or something going on in the rest of America,” Residente said about the video.

The music video also includes a recreation of the killing of Víctor Jara, a Chilean activist folk singer who was killed under the regime of Gen. Augusto Pinochet, who led the 1973 military coup that overthrew leftist President Salvador Allende.

While debates persist on whether the U.S. government provided direct support for Pinochet, the “United States had a long history of engaging in covert actions in Chile” by providing funds in support of electoral candidates, running anti-Allende propaganda campaigns and discussing the merits of supporting a military coup in 1970, according to the State Department’s Office of the Historian.

With images of Indigenous children standing on piles of what appear to be Coke and Amazon boxes as well as McDonald’s Happy Meals and Starbucks coffee cups, Residente in his music video also takes a jab at how big corporations are also a manifestation of U.S. imperialism across Latin America.

The video also questions the impact of U.S. immigration policies across Latin American countries by showing gang members as religious and as victims of the longstanding Central American refugee crisis. It also refers to family separations at the U.S.-Mexico border as well as amputated and mutilated migrants seemingly injured by “La Bestia,” a freight train often used to travel from southern Mexico to the U.S. border.

In the month since its release, the music video has garnered more than 15.1 million views on YouTube and spurred an array of conversations online as people, particularly across Latin America, started picking up on the different visual references of their shared histories and learning about new ones.

“It came out organically,” Residente said. “I wasn’t thinking about having big crowds from everywhere” looking at this.

Recreations of violent and deadly protests in Venezuela, Colombia and other parts of the continent are shown opposite dancers highlighting the eerie similarities between their steps and the physical manifestation of police repression.

In just a few seconds, Residente traces a colonialism timeline across the American continents by placing images of pre-Columbian monuments among first-world skylines and an Indigenous version of the Statue of Liberty paired with lyrics reminding audiences that “the Mayans invented the calendar they use.”

Residente doubles down on this history with figures of Colombian “palenqueras,” women who are descendants of runaway slaves who reportedly established the “first free town in the Americas,” and that of the Peruvian Indigenous leader Túpac Amaru, who was infamously quartered and burned by Spanish executioners looking to topple the Inca empire in the early 1780s.

“Tupac is called Tupac after Tupac Amaru from Peru,” Residente sings drawing a parallel between the 18th-century Indigenous leader and the California-born rapper Tupac Shakur.

One of the most memorable fictional scenes in the music video is a dramatization of President Jair Bolsonaro wiping his mouth with the Brazilian flag as he eats steak next to an Amazonian Indigenous child — effectively serving as a critique of the threat the Amazon’s deforestation has on Indigenous communities. Images reminiscent of Brazil’s anti-World Cup protests in 2014, when demonstrators frustrated by the billions of government funds that went toward stadiums and infrastructure instead of education and health care, also stand out in the video.

In creating “This Is Not America,” Residente fused history with science. The song’s beat is based on the brain waves of worms.

The idea first came to him while collaborating with scientists on an entire album based on turning human and animal brain patterns into numbers that could be used to create music.

“I thought that it was a good idea to work with these worms because they use only 302 neurons, but they can do a lot,” Residente said, adding that the idea of being able to do a lot with little represented part of the idiosyncrasy of many who live on the American continents.

But the initial concept of the album, which he started working on in 2019, has shifted. Residente is now looking to also make music out of any kind of waves found in nature, such as the sun, he said.

Residente said he also has other upcoming projects based on the main message of his latest single, “giving back the name ‘America’ to the continent.”

Thu May 12 , 2022
Sign up for The Brief, our daily newsletter that keeps readers up to speed on the most essential Texas news. For the past two years, the federal government has turned away migrants at the U.S.-Mexico border, including those who are seeking asylum, using a public emergency health order known as […] 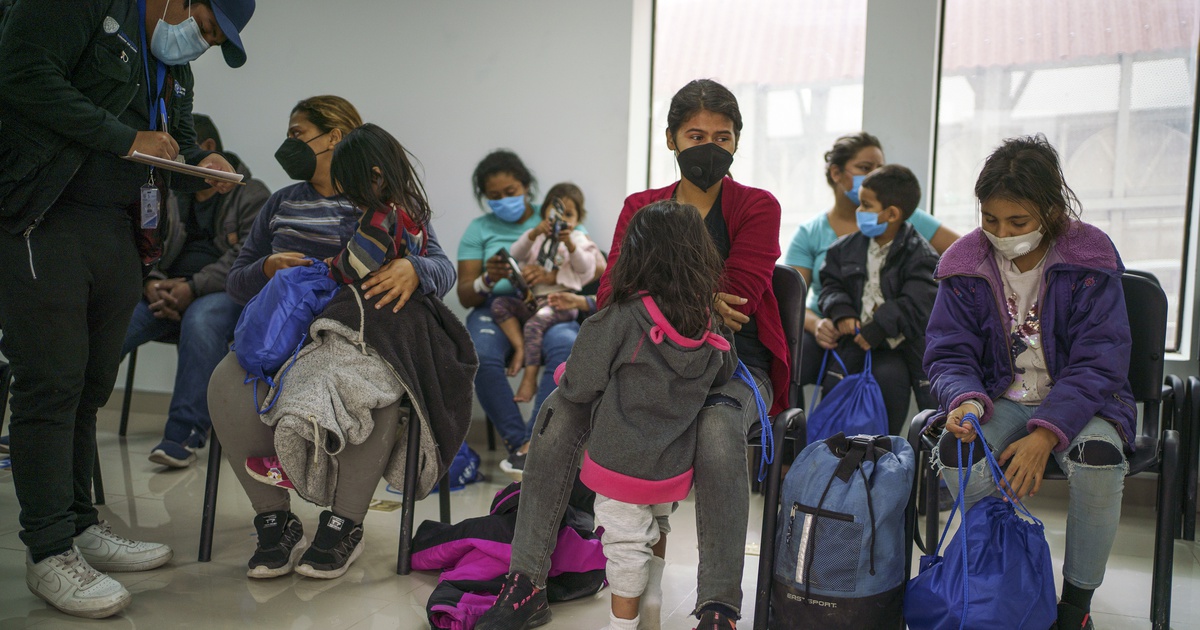