Some parents refer to Federal Way Public Academy psychology and math teacher Curt Genzlinger as a backbone of the math department.

Genzlinger is retiring after a 16-year career with FWPA and shared his thoughts with the Mirror on tough love, life skills, and the importance of consequences.

How did your career lead you to Federal Way?

“I began my teaching career in 1978 as a youth, music and education minister at a church in Boulder, Colorado. In 1981, I gained plenty of experience substituting. In 1983, I started at Seattle Christian School teaching Band and Geometry. I took a couple of breaks from teaching and built custom homes and remodeled. I was briefly employed at World Vision Federal Way as a software trainer. But I missed being with the kids. So I was hired in 2005 to work at Federal Way Public Academy (FWPA) teaching Algebra, Advanced Algebra, Pre-Calculus and an 8th grade elective. My master’s degree was in Educational Psychology so I chose to teach an Intro to Psychology class, which is undoubtedly the highlight of my career. I also led the after school math team for a few years.”

Why did you choose to work at Federal Way Public Academy?

“I liked the facts that FWPA was a smaller college prep school, filled with a compassionate veteran staff, with an emphasis on the high standards of academic excellence, where parents were more vested in the program, where the 6th grade team established a boot camp work ethic and where the rest of the staff maintained it, all in a loving family atmosphere.”

When you look back on your time at Federal Way Public Academy, what accomplishments stand out?

“My greatest accomplishments came from igniting slacking students to begin to work because of my clear math teaching, encouragement and tutoring — but quite often, by letting them fail and requiring them to repeat the class. When they repeated, they come away with A’s and B’s the following year. I still get cards and letters from former parents thanking me for letting their kid fail. Retention finally motivated them to start working — leading to a bright future. Tough love does work.”

How has the education system changed during the time you have worked in the field? How do these changes affect students?

“Society has gradually moved to a belief that the negative consequence of failing and retaining students is not valued. Each year, educational motivation has gradually been deprived of its power by removing competition, accountability and failure, all in the name of equity. I believe in equal initial opportunity for all, but not equal advancement for all. Did you know that a few years ago parents were first allowed to enroll their kids in Advanced Placement classes in Federal Way without teacher approval or any proof that they were ready for it? Our math program at FWPA provided equal initial opportunity for all, but not equal advancement and rewards for all. Unfortunately societal pressures, tiger and helicopter parents, and weak-kneed policies and beliefs at school leadership levels have hurt the standards and motivational incentives by eroding the consequence component in all our schools nationwide. It is nothing short of naive foolishness to believe that a society can sustain learning, working and living when consequences are shelved. Common sense and science tells us that any species will decline and eventually fall into disrepair.”

What legacy do you hope to leave behind at Federal Way Public Academy?

“I hope that by teaching my psychology classes at FWPA (probably better titled “Life Skills”) I provided students and families with the chance at greater mental health and happiness, especially giving them tools for parenting, bonding, boundaries and for adapting to life’s eminent losses, failures, and disappointments (grief). There are about 1,000 students out in society now that might be better parents, spouses, friends and employees because of it.”

How do you plan to enjoy your retirement?

“I will be volunteering, playing music with friends, working in the garden, camping, loving on my kids and grand kids and doing some much delayed world travel.”

Sat Jun 26 , 2021
The U.S. Department of Commerce will soon announce a $750 million investment in travel and tourism, according to Gina Raimondo, the department secretary, speaking on a virtual forum conducted by the American Hotel & Lodging Association (AHLA). Also at the forum, Chris Thompson, CEO of Brand USA, which promotes international […] 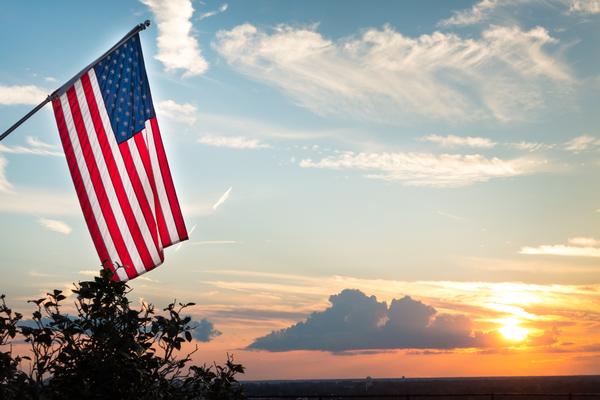