Pushed out by pandemic, women struggle to regain footing in U.S. job market 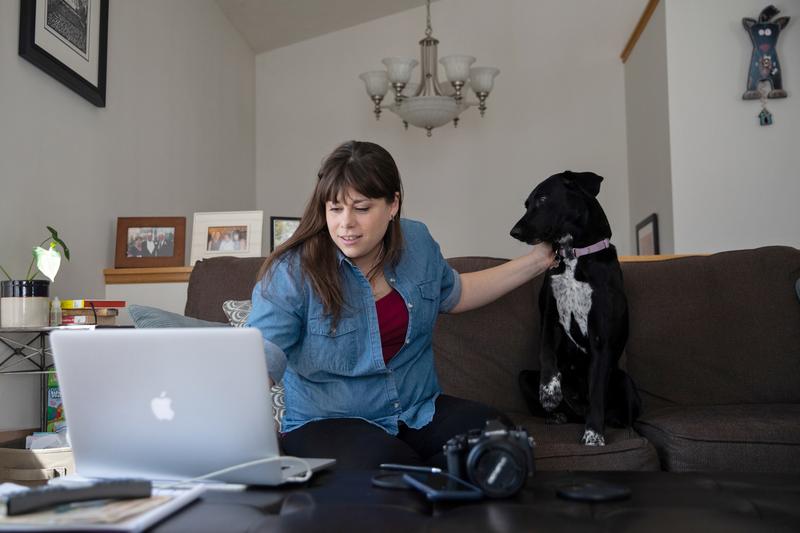 (Reuters) – Katy McAvoy hoped she would have more time for her job search after her 5-year-old daughter started in-person kindergarten in mid-November after months of virtual learning due to the pandemic.

But the school near Grand Rapids, Michigan closed again a week later as COVID-19 infections surged there and across much of the country.

The unpredictable schedule made it difficult for McAvoy to find time for interviews and networking or to figure out a feasible work schedule.

So even though school opened again in January, McAvoy, who was furloughed from her job with a local arts organization last June and permanently laid off in November, decided to stop searching. “What do you say to an employer in that situation?” said McAvoy, 41. “They’re going to hire someone who doesn’t need a bunch of exceptions.”

After being hit disproportionately by pandemic-related job losses last year, women in the United States are struggling to get back to work.

A slowdown in the jobs recovery, obstacles to securing child care and concerns about workplace flexibility are making it difficult for women to recoup the jobs they lost – and threaten to undo some of the economic gains women made before the pandemic.

The U.S. Labor Department will issue another update Friday when it releases the jobs report for February, but as of January, women accounted for slightly more than half of the 10 million jobs that were lost during the crisis, even though they typically make up a little less than half the work force.

The hurdles are pushing women to abandon the workplace at higher rates than men: More than 2.5 million women left the labor force between February 2020 and January of this year, compared to 1.8 million men.

Vice President Kamala Harris called the exodus a “national emergency” during a video call in February with Democratic lawmakers and activists. “Our economy cannot fully recover unless women can participate fully,” she said.

With labor market gains slowing and employment in some industries where women are overrepresented – including leisure and hospitality – recovering more slowly, some women may need help moving into different lines of work, said C. Nicole Mason, the chief executive of the Institute for Women’s Policy Research. “Some women are not going to be able to return to jobs that were lost,” said Mason.

An analysis by researchers at the Federal Reserve Bank of Chicago found that the share of women who were either employed or looking for work, known as the labor force participation rate, dropped more severely in the spring and fall of 2020 for mothers between the ages of 25 and 54 than it did for people without children. Black women, single mothers and those without college educations saw the biggest impact.

“Given the persistence of the effects thus far, it would be somewhat surprising to see much of a reversal until schools and day care facilities normalize their operations,” the Chicago Fed researchers wrote in a letter published in January.

President Joe Biden’s $1.9 trillion coronavirus aid bill, which was passed by the House, included funding for schools, subsidies for child care costs and support for the child care industry, which is struggling with higher costs and reduced revenue during the crisis. The bill still needs Senate approval.

AFRAID TO BE JUDGED

When Alisha Zucker has job interviews, she tries not to bring up being a parent.

Before the pandemic, Zucker, 41, spent more than 10 years working in educational publishing, most recently as an executive editor designing the curriculum that teachers and students use in classrooms. After being laid off in September, Zucker is now freelancing and looking for a full-time job.

“I’m worried that I will be judged for having to take care of my kids, or maybe they’ll think that I’m unreliable,” said Zucker, who has seven-year old boy and girl twins and a three-year-old boy. “I try not to mention it, even though I think it’s a huge asset. Moms get stuff done.”

Flexibility will be key to helping women who need to oversee their children’s virtual schooling get back to work.

For jobs with easily adjustable work schedules, such as positions in management, the ratio of mothers working did not change significantly during the pandemic, according to a research paper published in February by the San Francisco Federal Reserve. But for occupations with stricter schedules, such as those in education, women with children saw a “pronounced decline” in employment compared to women without children.

Zucker says she is grateful that her husband, a computer programmer, is still working and they have the help of a nanny. But finding long periods of time to work uninterrupted in their two-bedroom apartment in New York City has been difficult, especially with school alternating frequently between in person and virtual.

When Zucker has a meeting or interview, she locks herself in the bedroom, using an ironing board as a desk. She is also productive after her children are asleep.

Zucker said she hopes to find an employer that trusts her to complete tasks on her own schedule. “I can get my work done,” she said.

McAvoy said that when her daughter was doing remote schooling, she worked with her from 9 a.m. to about 1 p.m., helping with assignments and making sure the 5-year-old was engaged in the virtual lessons. After lunch, that left her about three hours in the afternoon for potential job interviews. But without child care she would need to keep her daughter entertained with the television or a smartphone app.

Because her husband works out of the home as an audio engineer producing virtual events, he is not available to help with child care during the day.

So when schools shut down again last fall after only a week open, McAvoy was crushed. Now that her daughter is back at school, she is using her time to work on a blog about recipes and cocktails – an outlet she hopes will lead to income.

But the possibility of school shutting again always looms. “I feel like I’m failing if I’m just putting my child in front of a TV all day so I can do this,” she said.