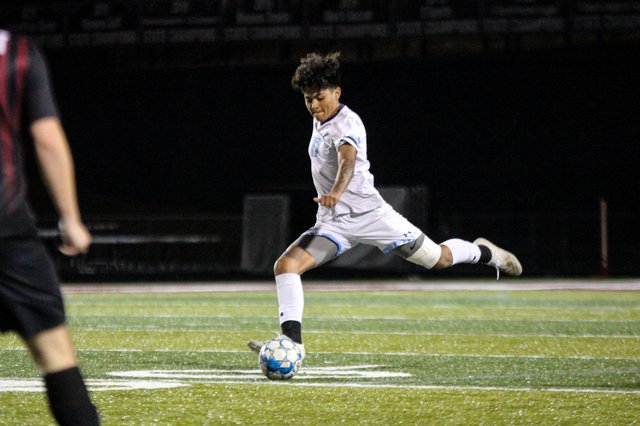 The Danes received penalties from Curry Coronado, Jacob Pelletier, Camden Barnett and Brayden Barnett. David Gad delivered the decisive save for the Danes.

West Forsyth knocked off the No. 7 team in Class 5A Friday, beating North Spring 3-1.

Haines, Sage Smith and Maddie Butera each added goals for the War Eagles, while Emily Crowder added an assist.

South Forsyth knocked off the No. 5 team in Class 6A Friday, beating Pope 3-2.

South rallied from a 2-0 deficit, scoring one run in the final three innings to take the lead. D’Amico’s RBI double scored Urias in the top of the seventh inning to give South the lead.

South (6-3) will face North Gwinnett on Saturday and Roswell on Tuesday before opening Region 6-7A play Friday at home against Lambert.

Fiechter’s RBI double in the bottom of the first inning scored Will Robbins. Fiechter also scored on a wild pitch in the third. Central added an insurance run in the sixth when Matthew Arundale singled home Noah Bissette.

Turner yielded only two hits and struck out five, while Sam Medrano and Jackson Boswell each turned in an inning of no-hit relief. Carson Elias gave up an unearned run in one inning of relief.

Central (5-4) will travel to Northview Saturday before opening Region 6-7A play on Monday against Denmark.

JJ Corr, Jake Myers, Connor McGinn and Brody Wheeler each had a hit for the Danes. Dylan Trova took the loss, pitching 3 2/3 innings and giving up three runs — two earned — on three hits with four strikeouts.

Denmark (3-6) will play a doubleheader Saturday before opening Region 6-7A play Monday at Forsyth Central.

Trystan Davis, Jess Ackerman, Tyler Triche and Michael Sills had hits for the Raiders. Andrew Elkhill gave up three runs — one earned — on just one hit, striking out seven but giving up six walks in the loss.

North (7-4) will start Region 6-7A play Monday against West Forsyth.

Robert Bottoms led West at the plate, finishing 2-for-3 with a run scored, while Drew Southern collected the Wolverines’ lone RBI. Gavin Culberson, Jake Fernandez, Luke Fernandez and Carson Boldt each had a hit for West.