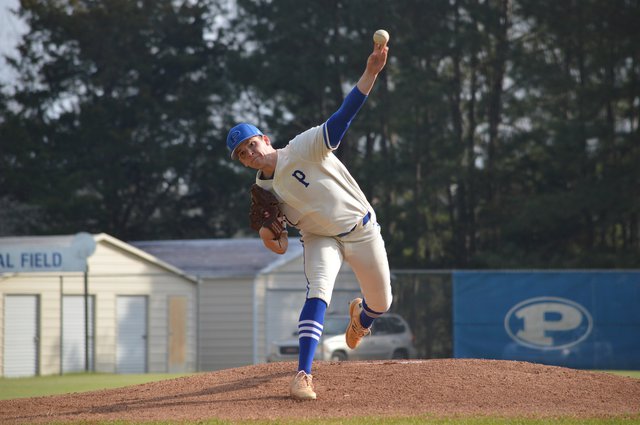 MONTICELLO, Ga. —Last Thursday’s baseball game between Piedmont Academy and Gatewood was another in the long history of classic encounters between the two schools.

In the end, the Cougars earned a 7-6 road win against the Gators. Piedmont scored the winning run in the top of the eighth inning.

Brody Anderson and Mask helped lead the offense with two hits each. Cameron Mobley drove in three runs. Mask had two RBI while Ryan Holder drove in a run.

Tanner Locklear drew two walks while Holder and Jeb Satterfield both had one.

The Gators added three in the bottom of the fifth and then scored one in both the sixth and seventh innings.

Piedmont earned a 9-1 win against Brentwood on Saturday at home. Mobley pitched all seven innings and recorded 13 strikeouts. The University of North Georgia signee has only allowed six hits and one earned run and two walks in 16 innings this spring. Mobley has also recorded 34 strikeouts.

Satterfield and Mask both had two hits on Saturday and both had three RBI. Locklear drew two walks.

The Cougars (4-3 overall) scored runs in the second and third innings before scoring two in the fifth and five more in the sixth. Defensively, Piedmont did not commit an error.

“We are getting better on offense,” coach Matt Britt said. “We are putting a few more hits together and are running the bases better. We are doing better playing ‘small ball’ here and there. We are executing bunts. We have also been delivering on two-out hits. We are slowly but surely getting there.”

“Our pitching has been strong and we knew we would have to rely on that,” Britt said. “We knew pitching would carry us, especially early.”

Piedmont Academy will travel to Brentwood on Wednesday.