Nobody wants their dog to be that dog — the one that lunges at every Chihuahua he passes on walks, or confirms your sofa contains polyester stuffing. Luckily, there are professionals who can help with such issues.

Even luckier, Scarsdalians received some expert insight earlier this week. On Tuesday evening, April 12, the Scarsdale Public Library hosted a virtual workshop called “Why Does My Dog Do That?” Led by certified dog trainers Denise Mazzola and Amy Willey, it addressed common problem behaviors.

The program’s title was appropriate, said Mazzola, who along with Willey co-owns Everything Dog, a boarding and training company in Keene, New Hampshire.

“Whenever we go anywhere, when people find out we’re dog trainers, they start to tell us [their issues with their dog] and ask, ‘Why does my dog do that?’” Mazzola said. Yet the fault, dear reader, is not in our French poodles, but in ourselves.

“People today buy or rescue or adopt dogs based on appearance and whether they shed or not,” Mazzola observed. “We as a pet-dog culture have forgotten that our dogs have been bred for thousands of years, if not hundreds of thousands of years, to do a job.”

It’s kind of like choosing your spouse based on whether they look like Brad Pitt or Scarlett Johansson (and don’t shed). The two of you may turn out to have vastly different needs.

“A lot of times, people will find themselves with Great Pyrenees or Anatolian Shepherds, which are livestock, guardian dogs. They have genetics that tell them to live outside. They prefer to be outside — to guard chickens, goats, sheep, whatever the livestock is,” Mazzola said.

Inside a home, breeds such as these often act up. “We’re shocked when the dog won’t let people on the property, or they’re being a little aggressive toward other dogs or even people,” she said.

Even dog owners who have previous experience with a breed can encounter problems. “People will say, ‘Well, I have had [this breed of dog] before.’ But I have three kids, and they’re all different,” Mazzola said.

The real issue is that the owner is not meeting the dog’s genetic needs. “People will boast to me the lineage of, say, their Labrador — that he comes from a long line of hunters that [have won] awards. I’ll say, ‘That’s super, but who hunts?’” Mazzola said.

One focus of the workshop was on how dogs learn, since understanding this is crucial to successful training. “There’s learning by association — [dogs] will put two events together. So, if you’re feeding your dog treats out of a crinkly baggie, the crinkle … predicts the treat,” Mazzola said. “You can crinkle the bag and the dog will seemingly jump up from a dead sleep.”

There are also negative learning experiences, she added: “Think of these as Velcro — they Velcro themselves to the brain.” A dog that was once startled when others rushed him at the park may fear it happening again. This may cause her to bark at dogs she sees in the future, warning them off.

Because your pet is so good at learning by association, Mazzola recommends providing incentives to set him on the right path. “If you want more of a behavior, you will be sure that that behavior is reinforced from the dog’s perspective,” she said.

To understand, consider this example. “If you want your dog to sit more … give 10 little pieces of chicken or cheese or meatball [when he does],” she explained. This would be a good exercise to do three times a day.

But the treat has to be top-notch from your dog’s perspective, she cautioned. “If you do it three times a day and you give your dog a couple of Milk Bones, I’ll have a better sit than you will because I’ve reinforced it more generously, more like with hundred dollar bills versus quarters.”

Conversely, avoid inadvertently reinforcing undesirable behaviors. “I talked with a woman today who’s had her puppy for three weeks, and the dog is screaming and crying in the crate,” Mazzola shared. “She said, ‘I think I may have taught him this because the first week, every time he cried, I got up and took him out.’

“It’s not as black and white with a puppy, because some do need to go to the bathroom at night, but he’s kind of pushing the envelope,” she noted. “[The woman] puts him in the crate, she tries to go to bed, and he starts crying right away.”

Ignoring an unwanted behavior is often helpful. “We had a retriever puppy that came to us and she’d already been counter surfing [jumping up on the counter to steal food],” Mazzola said. Naturally, she quickly put the yummy stuff someplace else.

She also refused to freak out every time the puppy put her paws on the counter. “So, if she puts her feet up [there], she knows she’s not going to get anything, and we don’t give her any attention for it,” she explained.

The question remains of when to call in the pros. The best time, according to Mazzola, is early on. “I’ve had two puppy consults this week, and I love that because I can start them off on the right foot, not even allowing any naughty behaviors to start,” she said.

Predictably, though, she also has clients who reach out after a problem has arisen. Before you pick up the phone, realize that you and your pet will both need to do the work. Explained Mazzola, “People should call when they’re ready to change their behavior, so that they can change their dog’s behavior.”

Thu Apr 21 , 2022
It wasn’t pretty early on, as De Smet’s championship game opponent Lower Brule took an early lead off hot shooting, but by the final buzzer, De Smet built a 23-point lead to win their second straight Class ‘B’ State Boy’s basketball title. “Back-to-back and we lost a couple of starters […] 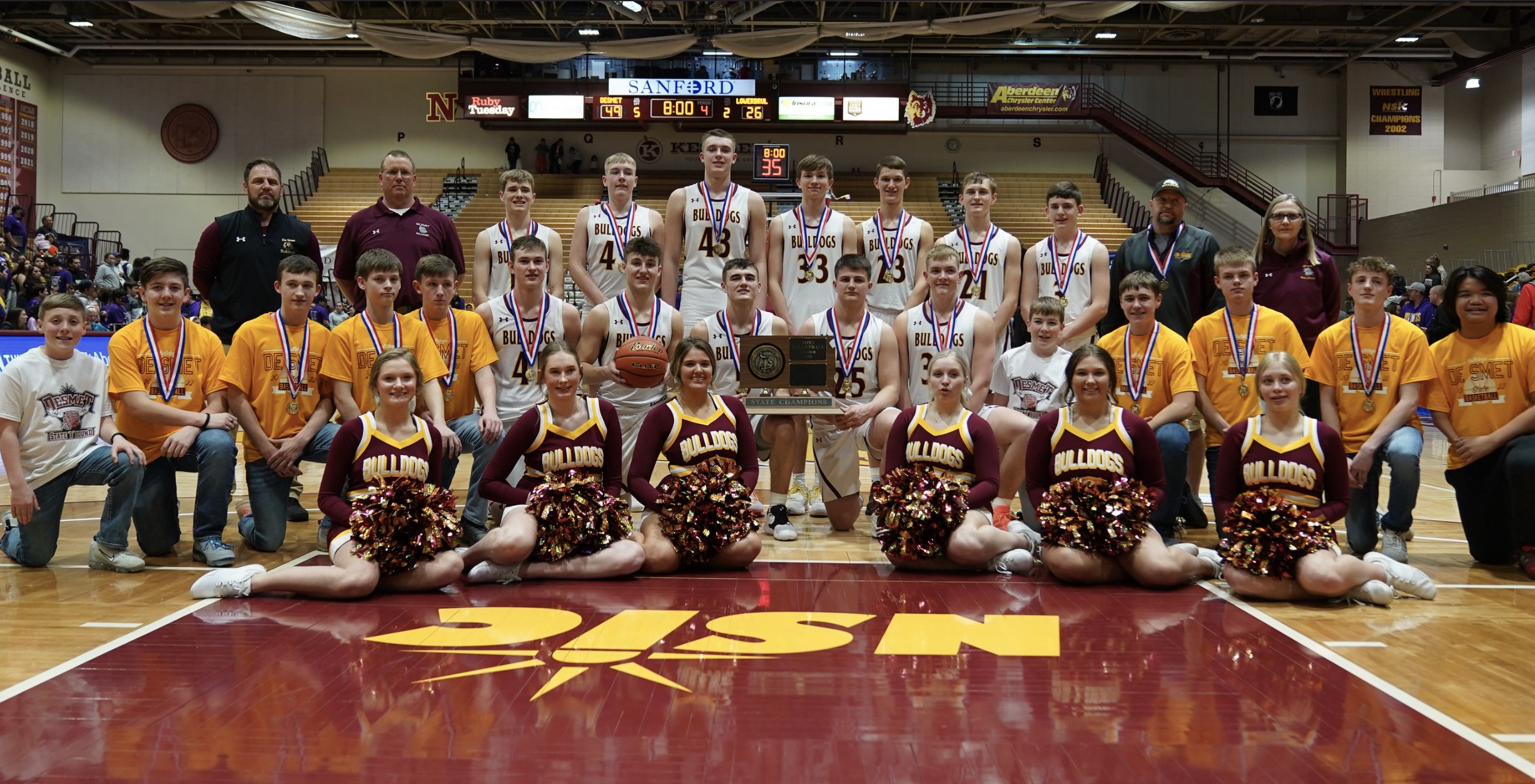