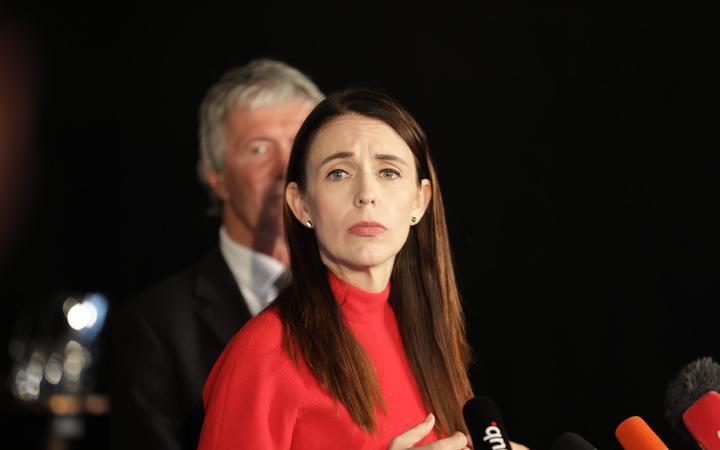 New Zealand Prime Minister Jacinda Ardern says she hopes to be able to confirm a timeframe for a trans-Tasman bubble “very soon” but can’t put a date on quarantine-free travel.

It is understood Government plans for a trans-Tasman travel bubble are now in full swing, with expectations to have it in place by the end of April.

That would be on the condition there are no community outbreaks of Covid-19, or lockdowns, in the meantime.

“Our goal though is that once we open (to Australia) to be able to do it safely,” Ardern said today. “To do it in a way that people understand we may have short term closures and to enable us to have a bubble that essentially sticks.”

She said airports had some “good, robust protocols in place, which is what we’d expect”. Protocols needed to be in place to manage any possible outbreak in either country, she said.

Ardern and Minister for Trade and Export Growth Damien O’Connor were speaking at a media conference for the launch event for Expo 2020, this afternoon.

The expo was postponed due to the pandemic last year, and is set to be held in the United Arab Emirates from 1 October 2021 till 31 March 2022.

Ardern said that in a post-Covid-19 world, the expo would give New Zealand a chance to reconnect with the world.

“This event now is well positioned for countries around the world to launch back into international markets and that will certainly be the case for New Zealand, large participation from some of our major exporters,” Ardern said.

She said it also meant New Zealand would be able to highlight what was unique about the country.

The planning that had gone in meant there would be online engagement as well as physical showcasing of what New Zealand has to offer, she said, and the timing of expo should put New Zealand in a better position to take part than it would have been in 2020.

People could be expected to have access to the vaccine by the time they needed to travel to the expo since it was in the second half of the year, she said.

She said there were groups that would need to represent New Zealand abroad – including exhibitors at the expo, and Olympic athletes – and Cabinet would be considering that as a whole.

“We just need to make sure that we treat everyone consistently if we do have a special process for those representing NZ abroad.”

The Government has also been under pressure from the opposition over entertainment acts granted border exemptions when some New Zealanders were facing delays getting home.

Despite an in-principle pledge of $5 million for Team New Zealand after its America’s Cup win, the government was also hesitant this morning to commit to hosting the next Cup in New Zealand.

Ardern said the Government needed to ensure it was being consistent and that New Zealand could derive some benefit from hosting.

If there’s to be taxpayer investment, we do need to see a Cup, if we’re investing in it raced here, Ardern says.

The Government has also faced criticism – and offered some of its own – over Australia’s deportation of New Zealand citizens in Australia convicted of crimes.

Australian Home Affairs Minister Peter Dutton told a journalist the deportations were “taking the trash out”. National has said trans-Tasman relations have not been this bad since the Muldoon years.

“Generally of course we have an issue with the way that deportations, you know, across the board, regardless of age have occurred, particularly with those who have strong links to Australia, much more so than New Zealand,” Ardern said.

A 15-year-old boy was understood to be on one of the most recent flights.

Foreign Minister Nanaia Mahuta has said the boy had not had his visa cancelled under Australia’s 501 policy, and is in the care of Oranga Tamariki.

Mahuta was informed by Australia about the boy’s case last Wednesday, but Ardern only found out after media inquiries.

Ardern said the advice she received indicated the boy was flown out alongside other deportees.

“In this particular case we have said it is very complex but it did have to be dealt with sensitively because of the young age of the individual involved.”

Earlier today,  Deputy Prime Minister Grant Robertson said he was “very optimistic” the Government can work out conditions for a travel bubble soon.

Talks between the two countries have been going on for nine months, and Covid-19 Response Minister Chris Hipkins said this week that officials had been close to reaching an agreement at the start of February, but Australia decided it wanted to be able to make independent decisions.

Robertson said since then New Zealand had been working on the unilateral approach and the government was not “too far off” being able to create a New Zealand version.

“There was plenty of discussions between New Zealand and Australia around how we could get a combined, joint, shared set of protocols and frameworks for quarantine-free travel,” Robertson told RNZ programme First Up.

“In the end, Australia went in a different direction and said ‘right we think we can do it this way’. We’ve then taken that on board and said okay we’re now working on what Minister Hipkins calls a unilateral approach.

“There’s a few issues still to talk through, including what we do in the event there is an outbreak, how we manage people who aren’t in their home country at that time.

National Party leader Judith Collins has doubled down on her call for the trans-Tasman bubble to open up now, saying it would be “pretty easy” to do and the government needed to find a way through, and help the tourist industry.

Hobbiton deputy chief executive Shayne Forrest said a travel bubble it would be a huge boost for the business.

“Pre Covid, Australia was our biggest single source market and accounted for about 20 percent of our numbers, so the idea of having access to our Australian friends to come and experience our little piece of Middle Earth is pretty exciting,

Forrest hopes the bubble can come in soon, and he would like more communication on the process and a time frame, but said he was happy to wait until it was safe.

“We wouldn’t want to lose that position of the gains we’ve made, and [being] able to live a pretty normal life here.”

Robertson said Australia had its situation sorted to its satisfaction, and New Zealand could look at that as it worked out its version.

“We were working towards a joint framework a joint set of protocols, but actually I don’t think we’re too far off being able to create the New Zealand version to match up with the Australian version.”

In Parliament on Tuesday, Hipkins detailed what officials were working through.

They included “understanding the circumstances that could lead to a suspension of green zone travel on either side of the Tasman; what we would do with those whose travel is disrupted by the suspension of a green zone; testing requirements that may be put in place on either side; Australia’s current exit visa restriction that prevents Australians travelling to New Zealand without a visa; the state-by-state differences in decision making in Australia; decision making around expansion to other countries outside of the safe travel zone and who would make those, and whether New Zealand would have any input into that process; and contact tracing system interoperability, in the event that we needed to do contact tracing for people who had been in one country, and were then identified as being more at risk after they had travelled to another country.”