Amid widespread staffing shortages and national reports indicating the hotel industry is still struggling through the coronavirus pandemic, several hotel managers in Astoria say the tourism season started early in 2021 and looks to be on track for a record year driven by pent-up demand to travel.

Hotel Elliott is one example. The 32-room historic hotel has seen record visitation every month since March, said John C. Nelson, the general manager. He expects the trend to continue into the summer.

“Demand is very strong right now … and it’s never been this strong before,” Nelson said. “I don’t think the hotel is unique with this business. I think everyone who can be open and staff … I think they’ve been having records, too.”

Like most other sectors of the hospitality industry, hotels and motels suffered a major economic hit due to the pandemic. A report released by the American Hotel and Lodging Association showed that more than 900 hotels in Oregon were forced to foreclose or close in the first six months of the pandemic, while more than 11,500 jobs in the industry were lost in that same time period.

“A lot of people don’t realize, but the hotel industry and the lodging industry was one of the earliest hit by the pandemic because of the shutdown of travel, and the restriction on gathering sizes,” said Greg Astley, director of government affairs for the Oregon Restaurant and Lodging Association. “Although (hotels) weren’t shut down specifically, like the restaurant industry, they still suffered greatly because of those restrictions and limitations.”

Even as COVID-19 restrictions lift, the national hotel industry continues to hurt. A recent report from American Hotel and Lodging Association found that 21 of the top 25 hotel markets are in a depression or recession cycle, and revenue per available room in urban hotel markets is down 52% from May 2019 to this May.

In contrast, resort locations like coastal Oregon are one of the few areas where the hotel industry has started to stabilize and recover. The revenue per available room was down just 1% from May 2019 to this May.

“Our market is leisure travel. There is a little bit of business travel here, but it’s mostly leisure,” Nelson said. “Leisure travel is what’s driving everything as far as travel (right now). People are not traveling for work. Heck, they aren’t even leaving their house for work.”

Several local hoteliers say the boost of visitors to Astoria this year began in March, about two months earlier than the traditional peak season for tourists.

The Cannery Pier Hotel & Spa has consistently finished above its 2019 numbers throughout the spring and summer season, said general manager Linh DePledge.

“I think you’ll see that in other places, too. I’ve talked to different general managers around the coastal area, and we are all experiencing the same thing,” DePledge said.

Her expectations for a busy summer season keeps DePledge vigilant about staffing. Right now, her summer staff includes 20 employees, compared to the usually 25 summer workers. That’s enough to run the hotel at full capacity, but it leaves little wiggle room for unexpected sick days or managing burnout, she said. So finding staff is a “big concern” for her — and one of the biggest challenges in the industry.

“Obviously, a lot of hotels have hiring shortages right now. It’s difficult to find people to work,” Astley said. “We have heard of a lot of hotels that can’t open 100%” because of staffing.

State employment reports show that employment in Clatsop County’s accommodation sector dropped from about 1,590 people in June 2019 to just 670 in June 2020. Accommodation employment has begun to rebound in the county, with 1,330 people employed in May, but it still trails pre-pandemic numbers by hundreds of workers.

Astley said the staffing shortage is driven by a “combination of things,” including a federal boost to unemployment benefits, lack of workforce housing and lack of access to affordable child care.

To attract and retain employees, many hotels have started offering pay raises or bonuses. DePledge offers a temporary wage increase during summer months. It’s a practice she used even before the pandemic, though this year the increase is higher than usual.

“We’ve always paid above living wage, but we are actually taking it one step more during this very unusual time when it comes to employment on the coast,” DePledge said. “We are giving employees $2 an hour above their hire wage for now until after Labor Day.”

Richard said her seasonal housekeeping staff includes several workers who have worked with Atomic Motel for multiple years. Most of those employees returned this year, and she’s filled the necessary positions to keep the motel running by offering a competitive wage comparable to other motels on the coast.

“Basically I’ve been able to be staffed, but barely. And I know we are one of the lucky ones,” Richard said. “I’ve heard of other hotels that can’t reach full occupancy because they don’t have the housekeeping staff.”

Nelson, from the Hotel Elliott, said he tries to avoid raising wages just to compete, because it can be financially unstable. Instead, he guarantees his employees a certain number of hours, so they’ll know exactly how much they can make, even in the offseason. He also offers a bonus to any current employee who is still working with the hotel in October.

“If I had to hire someone right now, it would be very hard, I’m sure. … But at this point, we are still OK, and I think we are going to be OK,” Nelson said. “We haven’t gotten to the point where we’ve cut services because of labor. We are bringing our services back, actually.”

That includes reopening the wine bar and working on plans to restart a hot breakfast program, two services that stopped due to health and safety restrictions during the pandemic.

Nelson hopes that restoring some of Hotel Elliott’s more unique features will keep the hotel competitive with larger, branded franchises, especially as Astoria prepares for what he expects to be one of its busiest summers yet.

“We are going to break a record for July,” Nelson said. “And we’ve broken records the last five months. … We are still not making up for last year in what we didn’t make, but we are definitely on the rebound in a very big way.”

Fri Jul 9 , 2021
A former airline pilot uses what he knows about precision and discipline to turn his dogs into champions. “Trap” and David Gannon’s connection is pretty impressive! MINEOLA, Texas — East Texas is home to a lot of greats! You’ve got Earl Campbell — a football legend — then, there are […] 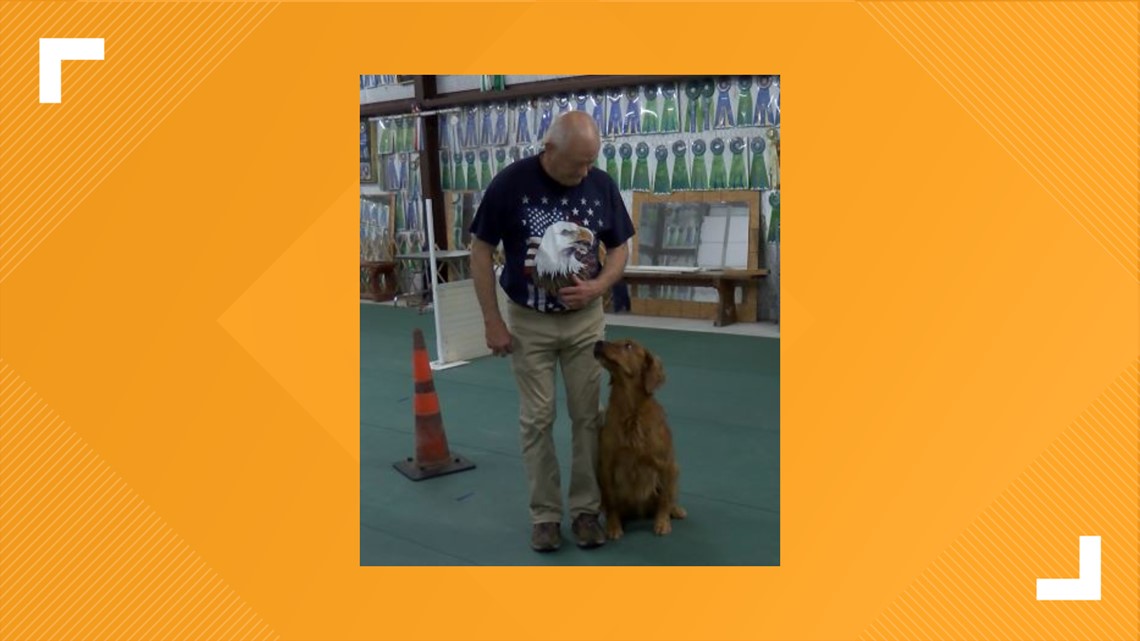