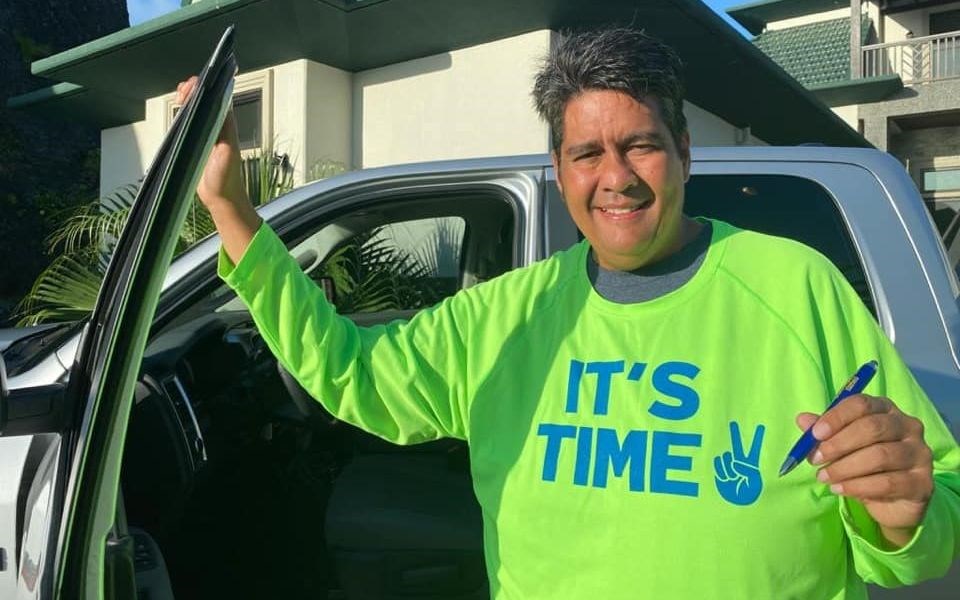 Taipei, March 10 (CNA) Palau President Surangel Whipps Jr. will visit Taiwan on the first flight once a travel bubble between the two countries is established, the Pacific ally’s ambassador to Taiwan told CNA Wednesday, confirming an earlier exclusive report from the agency.

In an email, Ambassador Dilmei Louisa Olkeriil said that President Surangel is scheduled to visit Taiwan though the exact date has yet to be decided as the details have not been finalized.

“President will come on the first bubble travel flight,” Ambassador Olkeriil said in the email.

The inauguration of the travel bubble is likely to happen “at the end of March or beginning of April,” she added.

However, Olkeriil said for the bubble to take place, Taiwan must eliminate the existing two-week quarantine rule for all passengers from Palau as long as they present a negative coronavirus test upon arrival “because there is no COVID-19 in Palau.”

Meanwhile, the ambassador also said a U.S. military medical team is currently in Palau assisting with its national vaccination program which started in January.

The ambassador made the comments in response to CNA’s inquiry on the reported “travel bubble” that would allow travel between the two countries, with arriving passengers on each side subject to fewer COVID-19 restrictions.

CNA first reported the planned “travel bubble,” which Palau describes as a “sterile corridor,” on Sunday, citing sources in the travel industry.

Taiwan’s Ministry of Foreign Affairs (MOFA) later confirmed that talks are ongoing and expected to conclude before the end of March.

One major obstacle to agreement remains what kind of test should be conducted before individuals are allowed to take advantage of the travel bubble, according to Chen.

Palau asks all arrivals to undergo a COVID-19 antibody rapid test, while Taiwan prefers the PCR test, Chen said, adding that the antibody test result has a relatively high false positive and negative rate while PCR test is more accurate.

Palau, one of Taiwan’s 15 diplomatic allies, has not had any confirmed cases since the start of the COVID-19 pandemic.

Taiwan has recorded 978 cases of COVID-19, 862 of which have been classified as imported, with 10 fatalities, according to CECC statistics as of Wednesday.

(By Chung Yu-chen and Joseph Yeh)