The Academy Awards on Sunday night hopes to give a boost to an industry dealing with theaters shuttered for a year and countless delays in releases and new productions.

“Mank” was bankrolled by streaming giant Netflix and faces stiff competition from Chloé Zhao’s low-budget “Nomadland.” It stars Frances McDormand as a widow who leaves her hometown of Empire, Nevada to be “houseless” and travel around the United States.

Zhao wrote, edited, produced and directed “Nomadland,” which cemented its Oscar front-runner status with a win at the 78th Golden Globes for best picture – drama and taking top honors at the 32nd annual Producers Guild of America Awards.

Zhao and newcomer Emerald Fennell (“Promising Young Woman”) have made history as the first time two women received directing nods in the same year. Only five women have ever been nominated before for best director.

And unlike the all-white acting nominations of five years ago that fueled the #OscarsSoWhite hashtag, nine of the 20 acting nominees this year are people of color.

The Academy Awards will be broadcast live Sunday, April 25, at 8 p.m. on ABC. It will be the third Oscars in a row without a host.

Without further ado, the nominees are:

Best Original Song: “Fight for You,” (“Judas and the Black Messiah”). Music by H.E.R. and Dernst Emile II; Lyric by H.E.R. and Tiara Thomas; “Hear My Voice,” (“The Trial of the Chicago 7”). Music by Daniel Pemberton; Lyric by Daniel Pemberton and Celeste Waite; “Húsavík,” (“Eurovision Song Contest”). Music and Lyric by Savan Kotecha, Fat Max Gsus and Rickard Göransson; “Io Si (Seen),” (“The Life Ahead”). Music by Diane Warren; Lyric by Diane Warren and Laura Pausini; and “Speak Now,” (“One Night in Miami”). Music and Lyric by Leslie Odom, Jr. and Sam Ashworth 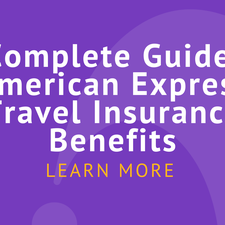