Texas and now Idaho have passed bans on abortions essentially after 6 weeks, and observers expect the U.S. Supreme Court to overturn abortion rights.

Oregon abortion providers and advocates are preparing for an increase in demand for abortions following the passage of an abortion ban in Idaho.

Idaho Gov. Brad Little signed the law Wednesday. It bans abortions after the detection of fetal cardiac activity, usually around six weeks, which is often before women know they’re pregnant. The law mirrors one passed in Texas that went into effect last September. Since then, Texas women have streamed into nearby states seeking care, and they’ve even come to Oregon, abortions rights groups said.

“In Oregon, we have already seen patients from Texas,” said Kenji Nozaki, chief of affiliate operations for Planned Parenthood Columbia Willamette. “So when the Idaho six-week ban goes into effect, we definitely expect an influx of patients.”

And not just from Idaho. Women in eastern Oregon have typically gone to Boise for abortions, providers say. Now they’ll likely go to the closest Oregon facility – in Bend. The clinic is run by Columbia Willamette, which has seven health centers in the northern part of Oregon and southwestern Washington. In recent weeks, the facility has stepped up hiring and training.

“We want to have the ability to be there for our out-of-state neighbors, while continuing to meet the needs of our patients in central Oregon,” Joanna Dennis-Cook, Bend Health Center manager, said in a statement. “We are training staff to really be prepared, so we can build our capacity for this moment.”

State lawmakers have also stepped up. At the end of the past session, they approved $15 million to establish the Oregon Reproductive Health Equity Fund to help women who need abortions.

“This is a first-of-its-kind investment,” An Do, executive director of Planned Parenthood Advocates of Oregon, an advocacy organization, told the Capital Chronicle. “I think it’s a really good start.”

Oregon House Speaker Dan Rayfield, D-Corvallis, who shepherded the bill through the House, said he’s committed to ensuring reproductive health services are affordable for anyone who needs them.

“This $15 million will deliver on Oregon’s commitment to reproductive freedom by sending practical, meaningful support for people in our state – no matter what happens in Boise, Washington, D.C., or anywhere else,” Rayfield said in a statement.

Abortion providers in Oregon – and across the country – expect that a ruling by the U.S. Supreme Court this summer will overturn the constitutional right to an abortion established by Roe v. Wade in 1973. If that happens, conservative states across the country are likely to follow Texas and Idaho in banning abortions.

“Those of us who work in this movement have been getting ready for this moment for a long time,” said Beth Vial, a board member of the Northwest Abortion Access Fund, a Eugene-based group that helps women with abortion-related expenses.

“We’ve seen those with anti-abortion views rising to power. They’ve been trying to bring down Roe v. Wade for a long time.”

Providers say more bans will put more pressure on states like Oregon, where official support for abortion is strong.

“Let me be clear: Abortion is health care, and Oregon will continue to be a safe, legal place for people seeking abortions and reproductive care,” Gov. Kate Brown said last week in a tweet in response to the Idaho ban. Attorney General Ellen Rosenblum fired off her own tweet: “We are prepared to fight to protect Oregon’s unrestricted access to reproductive health care; Oregon’s borders are open to all who are in need of abortion care – no questions asked!”

In 1969, Oregon became one of the early states to legalize abortion. In 2017, it passed the Reproductive Health Equity Act, which expanded no-cost coverage for sexual reproductive health care, including abortion care, to commercial health insurance plans. The recently approved $15 million is the first time the act has been funded.

Do said the 2017 law was “monumental” in mandating no-cost reproductive care, including for abortions, regardless of immigration status.

“We were able to get undocumented Oregonians coverage for health care as well,” Do said. “This sort of ethos of a deep commitment to bodily autonomy into health care access is a foundational part of what our state is, and I’m really proud of that.”

For years, Oregon was the only state without any restrictions on abortion. But in 2019 Vermont joined the club, said Christel Allen, executive director of Pro-Choice Oregon, another advocacy group.

“We’ve never liked being the one title holder,” Allen said. “We wish more would be joining the party.”

The positions in various states towards abortion appear to be deepening. On Wednesday, when Little signed Idaho’s abortion ban, the Legislature in Colorado passed its own Reproductive Health Equity Act, which enshines abortion rights in state statute.

Though support for abortion rights run deep in Oregon, the number of procedures – and clinics offering care – have dropped over the years. Oregon Health Authority data show about 14,000 abortions were performed in the state in 1995. That dropped to nearly 8,700 in 2019 and fell further during the pandemic to nearly 6,600 last year. Researchers say the decline may be due, in part, to a drop in pregnancies and increased access to contraceptives in 2011 under the Affordable Care Act.

Planned Parenthood Columbia Willamette, which provides a full range of reproductive health care, is the biggest abortion provider, with clinics in Vancouver, Washington, Salem and Bend and four in the Portland area. Oregon Health & Science University and the Portland Lilith Clinic, which opened last spring, both offer abortions in Portland. Kaiser Permanente, with health centers in Clackamas and Hillsboro, is another metro area provider. In southern Oregon, Planned Parenthood of Southwestern Oregon has five clinics from Eugene to Ashland.

The number of procedures performed in southern Oregon, in particular, dropped during the pandemic, but they remained fairly flat in Bend between 2019 and 2021 at about 400 a year. If women stream into Oregon from Idaho seeking abortions, that facility will have to dramatically expand services. Clinics there have performed about 100 abortions a month, Nozaki said.

The ban comes at a time when all health care providers are struggling to hire staff. Nozaki said Columbia Willamette is in an “all hands on deck” mode, filling current vacancies and adding extra personnel to give clinics a cushion. The organization is also looking for other opportunities to expand.

Rep. Tawna Sanchez, D-Portland and co-chair of the Legislature’s budget-writing Joint Ways and Means Committee, said the $15 million aims to ensure that Oregon women have no financial barriers to abortions.

“We wanted to make sure that those facilities on the eastern side of the state … don’t get overwhelmed and that they have the resources that they need,” Sanchez said.

Besides surgical abortions, Planned Parenthood offers medication abortions, which involve taking two pills that have been approved by the Food and Drug Administration. At Planned Parenthood Columbia Willamette, patients currently have to take the pills in a clinic. But the organization plans soon to relaunch its telehealth program – it has been paused for months for a system upgrade. That could save women in eastern Oregon, for example, from driving to Bend. But women in Idaho – or any other state – will not be able to access the at-home service unless they travel to Oregon or another state where abortion is legal.

“We can only mail medication abortion pills to patients in Oregon and Washington, where our providers are licensed,” said Kristi Scdoris, communications director for Planned Parenthood Columbia Willamette.

Geography is not the only barrier to abortions. So is money. Though care is free in Oregon, women face other expenses like travel, hotel stays, child care and loss of pay. The recently approved $15 million will help women facing financial barriers. The money is being administered by Seeding Justice, a philanthropic organization in Portland that funds social causes. The group’s spokeswoman, Samantha Bakall, said the organization was not currently “fielding media requests.”

The group indicated in a statement that it will work with providers to see what their needs are.

“We will be co-creating a process that supports community-embedded organizations on the frontlines of reproductive health to administer a robust investment and grantmaking process,” Seeding Justice said in a statement.

Vial, of the Northwest Abortion Access Fund, expects her organization to get a chunk of the money. “We are still negotiating,” Vial said. “It’s looking to be somewhere around a million.”

The fund helps women who obtain abortions in Oregon, Washington, Idaho and Alaska with everything from lodging to lost wages to paying for care for a dependent – no questions asked.

“We want people to be able to go through this process with dignity and not feel like it has to be earned,” Vial said.

The uptick marked an increase of people streaming into the area, Vial said. Last year, the fund helped nearly 690 women from Idaho, and after the Texas law was approved in September, 14 women there sought help.

The organization is small and relies on volunteers. It has one full-time and two-part time employees but 80 volunteers. Vial said the money from Oregon will help it, too, scale up.

“With this new incoming funding will be able to fund more procedures and potentially bring on more staff,” Vial said.

It remains to be seen whether Oregon providers can meet the expected demand, however.

“We’re in this crisis moment when it comes to abortion access and there’s no way to get around that,” said Do of Planned Parenthood.

Mon Mar 28 , 2022
Katie Haas is reading a book with an ominous title: “And Then They Stopped Talking To Me.” She has a daughter, Georgie, about to turn 13 years old. A tough two years are about to get tougher, so Haas is studying.   But after traversing the pandemic, Georgie’s looming teenage […] 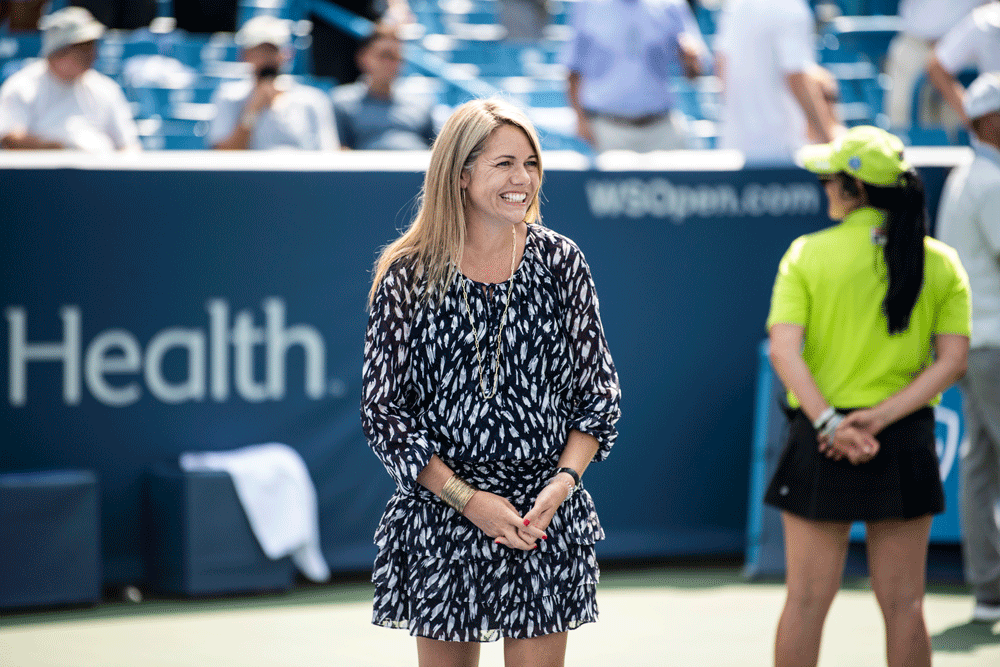